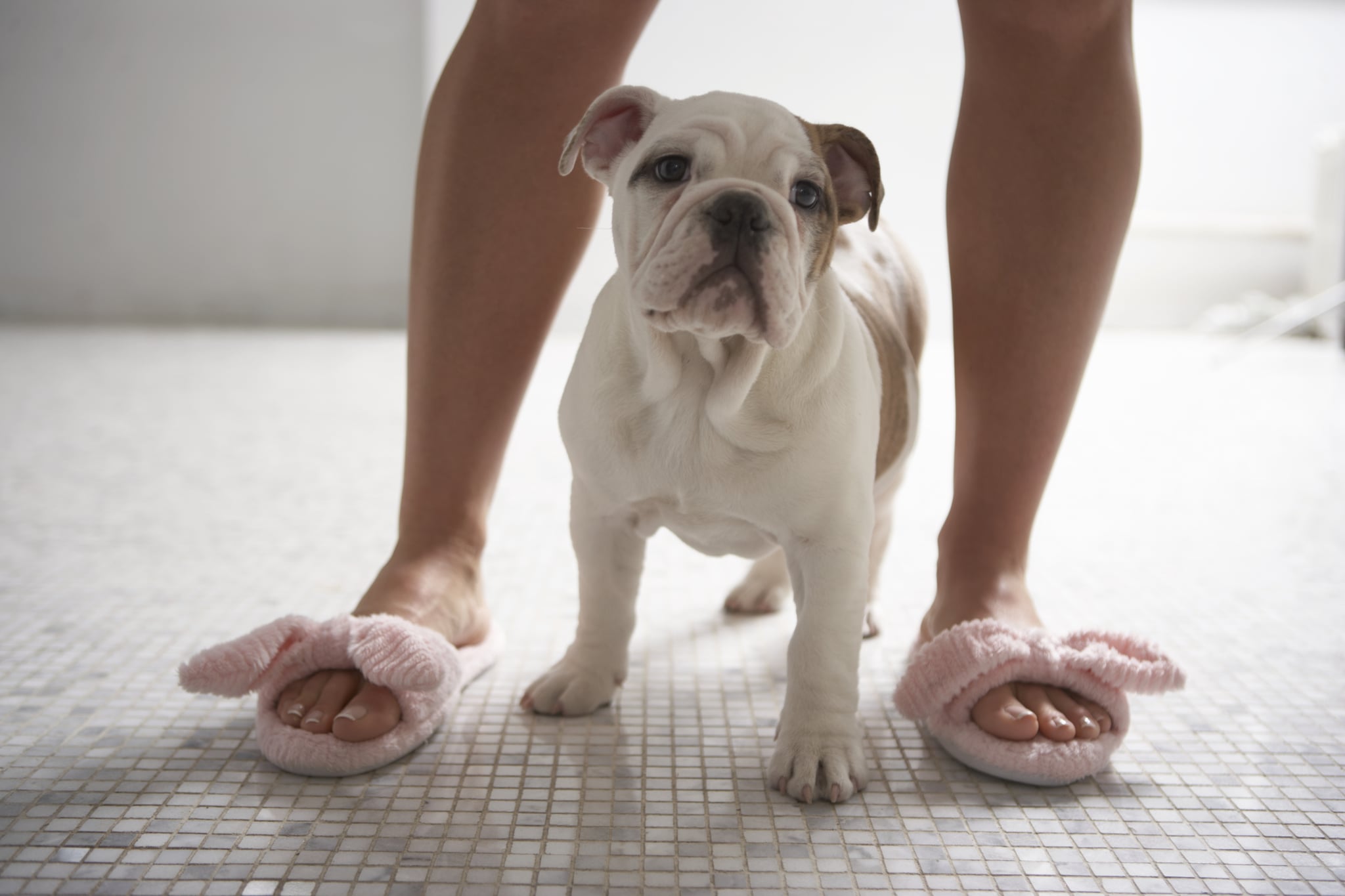 After a rough day, you've just had a nice, long shower, and you're feeling clean and refreshed, when your dog runs up to you and immediately starts licking your legs. While you love your furry friend, you can't help but wonder why they want to lick you right after you shower and if this is normal canine behavior. While there are no specific scientific studies dedicated to this question, POPSUGAR spoke with two veterinarians who have a few theories about why your dog can't stop licking you fresh from your shower.

Related:
Are Candles, Air Fresheners, or Other Scented Products Safe For Pets? 3 Vets Weigh In

Why Does My Dog Lick Me After I Get Out of the Shower?

Dogs lick for a variety of reasons, including as a way to express their emotions or as a sensory simulation. According to Tyra Davis, DVM, from Hammond Animal Hospital and Pet Lodge located in Louisiana, dogs lick their wounds in order to heal or as a stress-induced response. They lick people as a sign of affection. While it's nice to think that your dog is licking you after you shower because they love you (which, they obviously do), it's most likely because they want to investigate the water droplets on your skin, or the smell of your body wash or lotion. "They're curious, so they're wanting to see what it is, so they lick it so they can taste it, and feel it," Dr. Davis explains.

Andrew Lee, DVM, a vet based in Chicago, adds that licking things helps dogs capture scents and understand texture. Since dogs don't have hands like humans do, they rely heavily on their sense of smell and use their tongue in order to aid these senses. "My theory is, they either like licking the water off of you, or they like the taste of the product or body wash that you used," Dr. Lee says.

Should I Be Worried About My Dog Ingesting Toxins From Lotion or Soap?

The short answer is no. Dr. Davis and Dr. Lee both agree that most body washes and lotions that people use are safe for consumption as long as your dog doesn't eat it in large quantities. There's a very slim chance that licking a little lotion off your leg will hurt your dog. "It's not like they're licking out of the bottle, so that's not something I would worry about," Dr. Lee says.

While you shouldn't be too concerned about your pup ingesting any toxins from your skin, you still might want to be wary about letting your dog lick you right after you shower. Dr. Davis noted that a dog's mouth is full of bacteria, so if you've just shaved or have any open wounds, you'll probably want to keep your dog from licking you in order to prevent the transmission of bacteria, which could lead to an infection.

Is It Normal For My Dog to Lick Me When I Get Out of the Shower?

Since dogs use their tongues in order to better understand the world and their surroundings, Dr. Davis and Dr. Lee concluded that your dog licking you after a shower is not out of the ordinary or cause for concern. Your pup's probably just curious about where you got your tropical-scented body wash from, and we can't say we blame them!

Halloween
Aw! This Dog's DIY Squid Game Costume Will Be the Only Thing on My Mind This Halloween
by Chanel Vargas 10/20/21