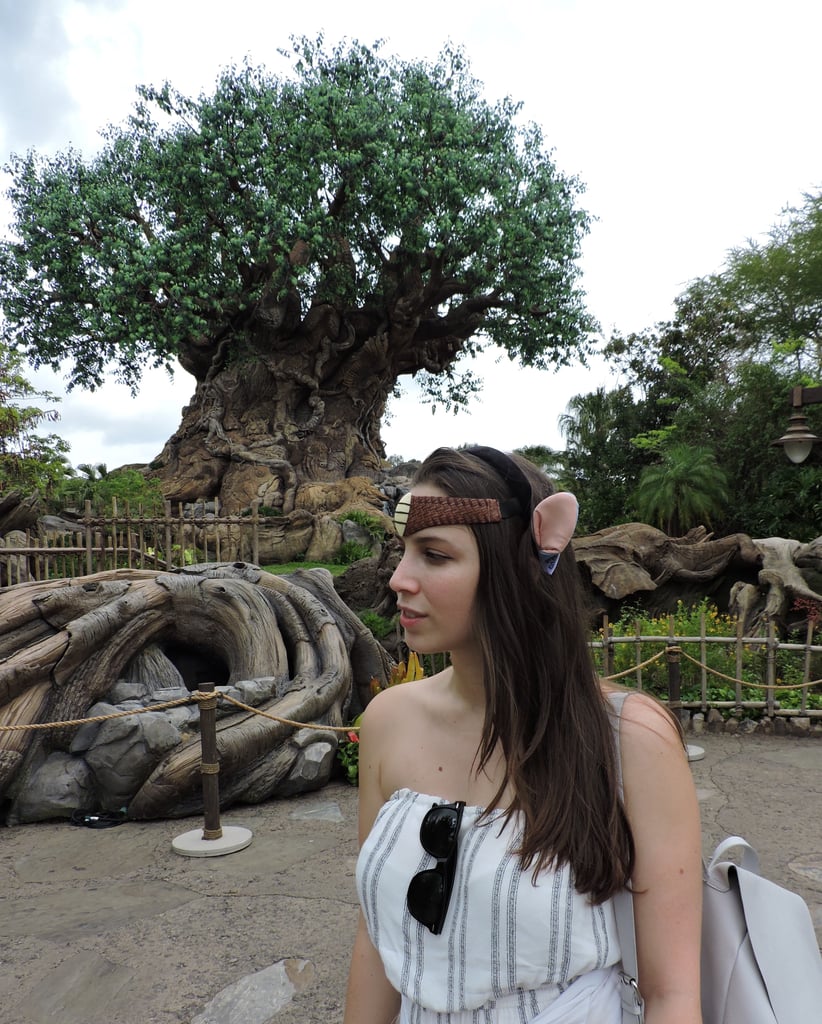 On May 27, Walt Disney World's Animal Kingdom will officially open the gates to its otherworldly Avatar-inspired land, Pandora. In addition to two rides of varying intensity and futuristic food options, the so-called World of Avatar has some pretty kickass souvenirs. When I previewed Pandora before its official opening on May 27, two souvenirs really stood out — and they could not be more different from each other.

For starters, there's the high-tech souvenir. At the Windtraders souvenir shop, you can pick up your very own banshee. The banshee, or "Ikran," loyally sits atop your shoulder and moves in a pretty lifelike fashion. Simply pick out the banshee that speaks to your soul and attach it by placing a magnetic pad on your shoulder and underneath your shirt. The unique souvenir is available for $50.

Then, there's the classic Disney souvenir: a good ol' pair of ears. In lieu of the park's classic Mickey Mouse-shaped ears, Pandora offers an incredible Na'vi headband with adorable ears on the side. Though the banshee was the coolest souvenir, the Na'vi headband definitely seemed to be the most ubiquitous at the park. The best part? At $27, it's considerably cheaper than the banshee.

Look ahead for pictures of Pandora's standout souvenirs.

Related:
There Are Boba Balls in Everything — and Other Food Revelations From Disney's Pandora
Previous Next Start Slideshow
Walt Disney WorldDisneyTravelAvatarPandora: The World Of Avatar
Around The Web

Shopping Guide
Bibbidi-Bobbidi-Boo, Bring the Magic Home With 26 New Finds From the Disney Store
by Anvita Reddy 6 days ago

Nostalgia
I Rewatched These 6 Disney Movies as an Adult, and I Have Questions
by Grayson Gilcrease 6 days ago