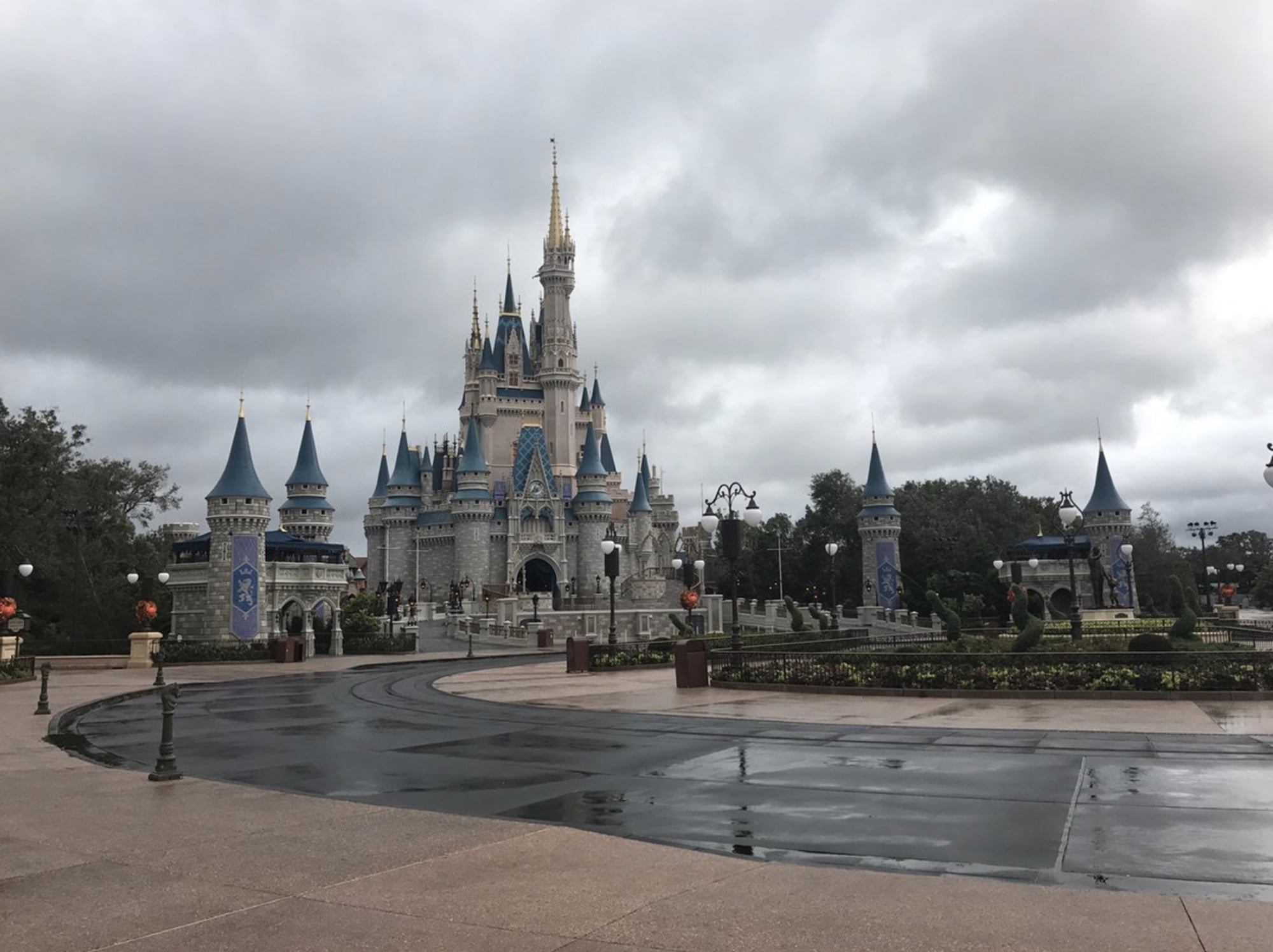 For the first time in history, Walt Disney World shut down for two consecutive days. Due to the magnitude of Hurricane Irma, the park made the call to close on Sunday, Sept. 10, and Monday, Sept. 11. Resort hotels remained open, and many guests waited out the storm there. Irma passed through Orlando as a Category 1, and Disney World is expected to resume its regular hours on Wednesday, Sept. 12.

According to Disney, the conditions of Walt Disney World resort and Disney Springs are currently being assessed, though it appears the parks dodged the brunt of the devastating hurricane. Disney says that while they did experience "high winds and rain," they maintained power throughout the entirety of the storm. EMT Jeffrey T. Armstrong tweeted a photo of the castle, showing the empty park. Disney is updating park information on its site, so stay tuned for more.

Parks & Disney Springs remain closed today as we begin to assess our property. Big thanks to our Cast for making magic during the storm! pic.twitter.com/qqGs87RV2f