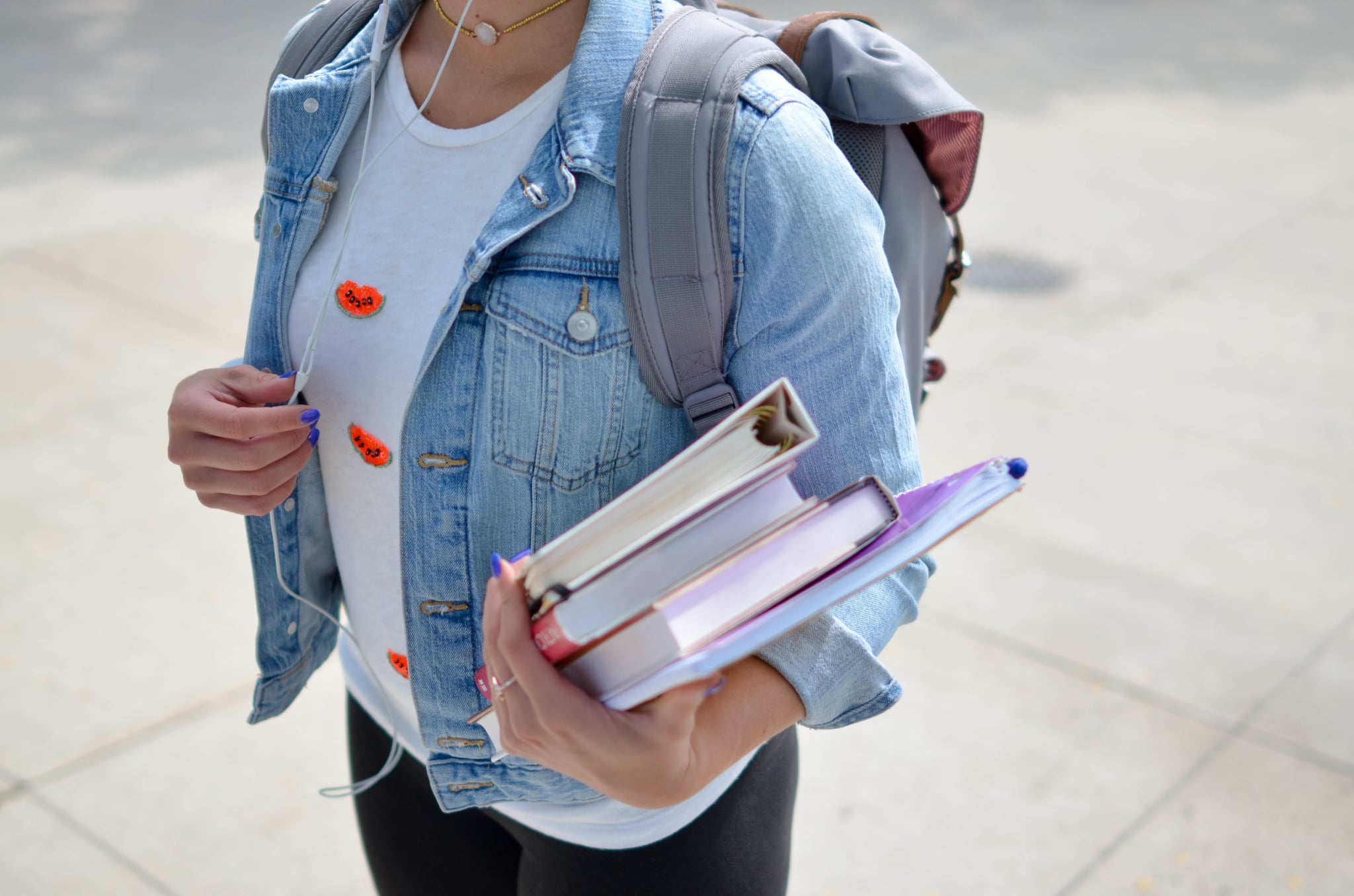 I've been out of school for quite a while, so there are a lot of things I feel unequipped to help my now college-age niece with (Dating in the age of social media? Using the internet for research? No idea). However, there's one area I always confidently give the same piece of advice on: choosing your major.

At 17, I started stressing out about what I wanted to do for the rest of my life. Aka, what major would I choose? I didn't know yet that my major did not have to determine the very course of my life, because I was 17. In all the college prep I did, that was never stressed. So when I had to fill out college applications, I felt like a failure when I wrote "undeclared." Not the feeling you should have at that phase in life.

It was my brother-in-law, Aaron, who gave me the college advice that would change my thinking. He had graduated from college a few years prior, and I looked up to him, ponytail and soul patch and all (it was the '90s). He told me that my college major would not decide my career path. He had the balls to tell me that — get this — it did not matter. It wasn't that it was totally irrelevant, he clarified, but that the most important thing was that I get the degree. To worry about what I wanted to do after college was to be worried about then — after college. This blew my mind. What was the point of even having a major, then? Why was I doing all this preparation for my future if such seemingly important details did not matter?

(By the way: your major not mattering to your future is not the advice I'm referring to in my headline. But it's some precursor advice I need to lay the groundwork. I'm getting there.)

While I wasn't totally sure if he was right (he had a ponytail and a soul patch, so he was wrong about some things), he also had a cool job that, to his point, had nothing to do with his major of cultural anthropology. Had he stopped there, I'd still have been directionless. So I asked him how I should decide my major. They were concrete instructions: pick up my course catalog (in the olden days, these were listed in a giant book. I know, wild) and peruse the classes, then take note of the classes that intrigued me. Then, look and see the major under which the majority of those classes fell.

I did it. I chose English. I loved (almost) every class. I became a writer, a fact which is ironic considering Aaron told me my major would not determine the job I'd end up in. Honestly, it didn't; I became a writer because it's who I am. I was an English major because I liked the classes. They were related passions, but being an English major didn't guarantee me a job in my field.

It's not about picking a major to pick your future job, or even your college coursework preparing you to do the duties required of your chosen industry.

I still give Aaron's advice — attributing it to him, but I add why it makes so much sense: it's not about picking a major to pick your future job, or even your college coursework preparing you to do the duties required of your chosen industry. It's about doing well enough in school that you not only finish, but enjoy yourself while you're there, and open yourself up to discovering who you really are and what you actually want to do with your life.

His advice simultaneously took all the pressure off of choosing a major and made me look forward to college. I may not understand everything about the college-aged set, but this advice still stands. Every time I give it, I've seen the recipients actually exhale. There's so much focus on the future that college leads to, when you need to be allowed to enjoy the years you spend there without knowing what you'll do later. Later will always be there.