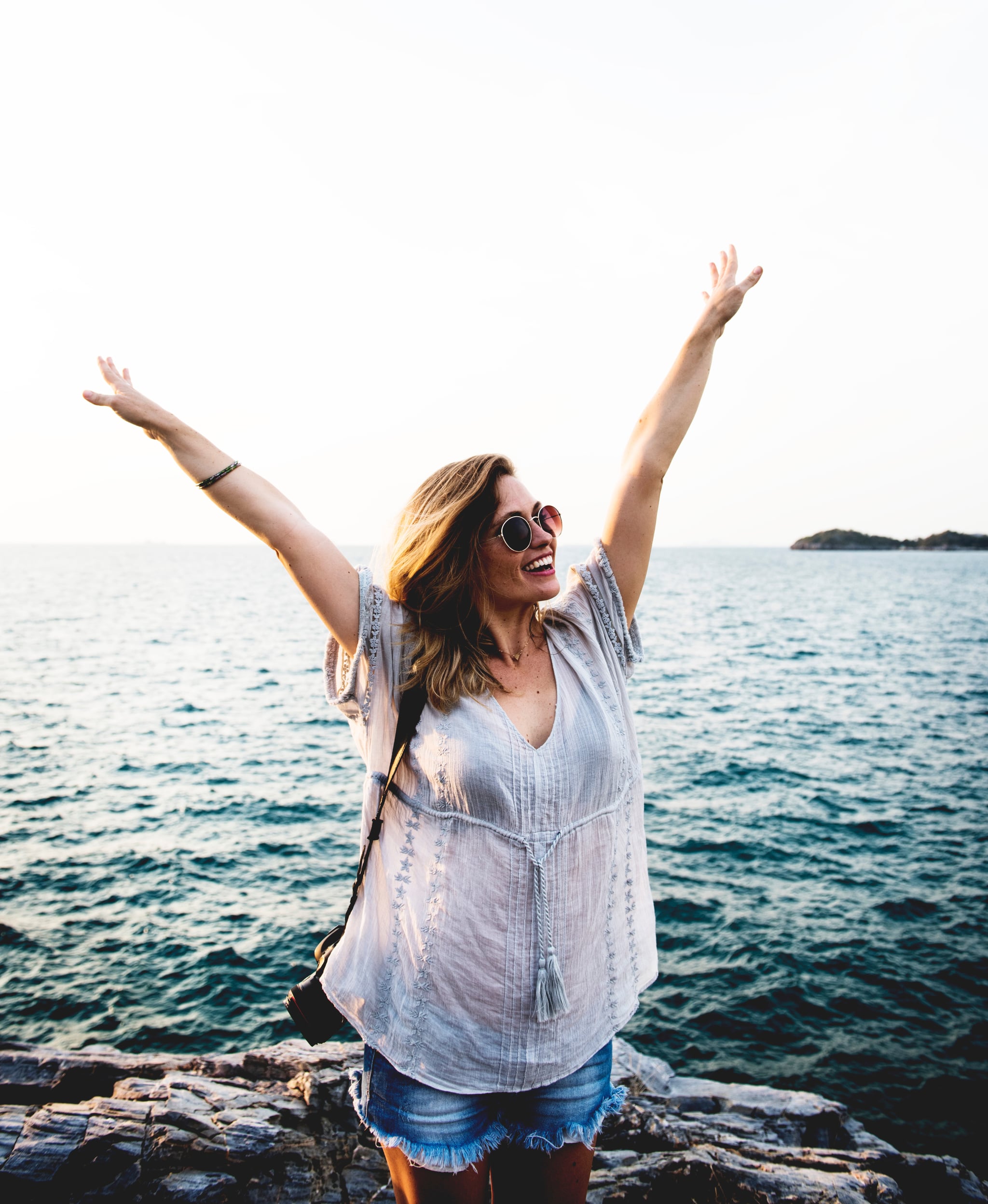 The first time I sat on the couch of my therapist, it was with my then-husband. We were going through a prolonged rough patch that we both attributed to a lack of communication. Three weeks later, I was sitting on the couch alone.

Simply put — I'm not sure my husband was ready to make things work when I was ready. And that's OK. The outcome of our story was for the best. But I decided that I wanted to continue therapy. I felt that I would be a better person by learning to recognize my patterns and break them as well as communicate better with others. I needed to get rid of the anger, resentment, and frustration I felt toward my husband and the demise of our relationship. I was suffering from crippling anxiety. I was dealing with the loss of several significant relationships all at once. I just wanted to get back to a spot where I was happy again.

After a year and a half of weekly visits, my therapist told me that there was really no need to come back. It was both a sad and happy day when I realized I wouldn't be seeing her anymore, but I knew I was a changed person. I was the best version of myself that I had ever been. Here are five life lessons my therapist taught me that have changed the way I look at life.

You have to end before you begin again.

After separating from my husband, I was quick to jump back into dating and flirting again. However, I still wasn't sure where life was going to take me. She urged me to be introspective and make sure that I was really done with the life I had built before moving on. Turns out, I gave it a last-ditch effort that didn't work, but I know that I tried my hardest. But she was right. I had to end it before I could begin again.

Give your body what it needs — no judging.

I used to go to therapy in my gym clothes, which I thought would motivate me to get out of the house and get to the gym. Most times it did. After a particularly hard session, though, I turned to her and said, "I don't know if I need a run or a hot fudge sundae." She looked at me and said, "Both will heal you."

In that moment, I realized she was right. Both of those options would make me feel better — while one was better for my emotional state and the other was the better option for my physical state — and there was nothing wrong with whichever choice I made.

That simple "both will heal you" line has stuck with me. For example, while there are some nights I want to get to the gym, I know I really need sleep. I've stopped feeling guilty about the choices I make for myself.

Related:
I Have an Anxiety Disorder, and I'm Begging You: Please Stop Telling Me to Relax

Mindfulness was a huge issue for me. I was always planning the next step, the next project, or the next job. That was part of the reason I stayed in unfulfilling relationships for so long — I was too busy looking ahead to really focus on the life I had in front of me. By being mindful, I learned to look beyond the surface and figure out if something — or someone — is worth my time and effort. It has also helped ease my anxiety and allowed me to enjoy life a lot more.

While talking about similar experiences out loud and having her point out some patterns, I was able to figure out some of my own flaws when it came to relationships of all kinds. First, I am a caretaker and a soother. I make sure everyone is good before I even think about myself. I'm also an enabler. And I have a bout of high expectations — just because I go above and beyond for people doesn't mean they are capable of doing the same. She helped me to recognize these patterns, and now I can break them on my own.

My therapist pushed me to be introspective. She gave me a few journaling assignments, but she also had me questioning my reactions. One of the problems in my marriage was communication – I am careful to communicate differently now, to everyone. After any sort of incident – a fight with a friend, a mishap at work – I ask questions of myself and I often seek out someone to check me. I ask questions like, "Did I communicate that correctly?" or "Was I misinterpreting that?"

By being able to look inside myself, realize my flaws, and pay attention to my own motives, it has enabled me to grow. It has also changed the way people respond to me.