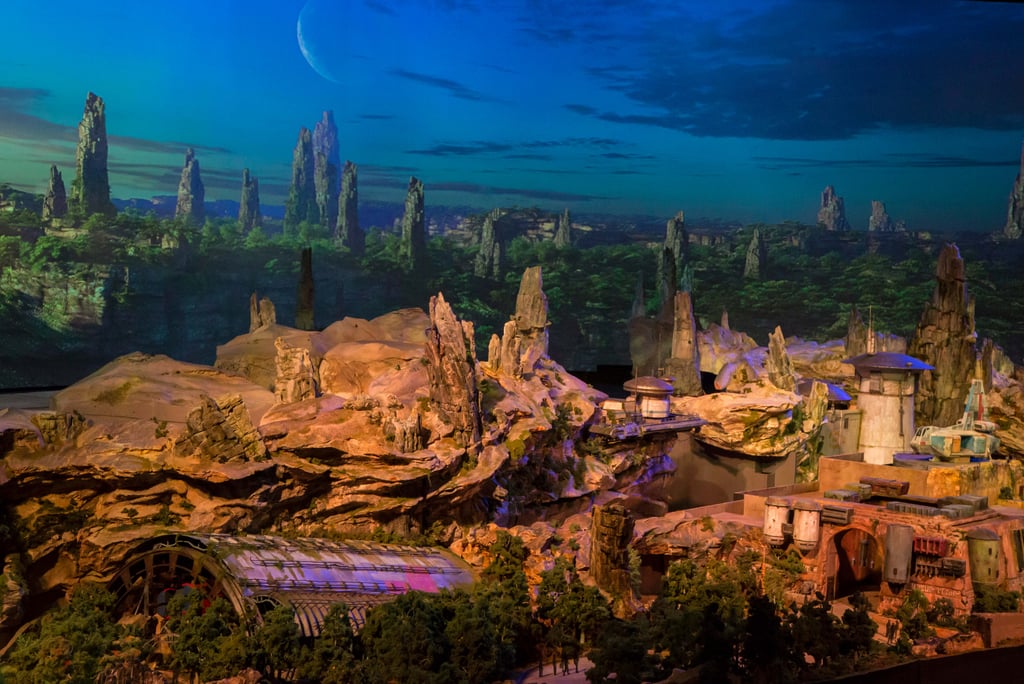 The D23 expo is a Disney fan's dream come true. The official Disney fan club event is a biannual celebration that is three days of "inside-the-magic" experiences, exclusive sneak peeks at upcoming films from Walt Disney Studios, celebrity appearances, and exciting breaking news. During a special preview of D23 Expo 2017, Walt Disney Parks and Resorts Chairman Bob Chapek unveiled a first look at the Star Wars-themed land coming to Disneyland and Disney World, and things look even more epic than we imagined.

"To say we are excited for the Star Wars-themed lands to open in 2019 is an understatement," Chapek said. "All along, we have said this will be game-changing, and through the model we can begin to see how truly epic these immersive new worlds will be."

More details about the Star Wars Land developments will be revealed at the expo, but the images are already exciting enough as it is! Check them out ahead, and stay tuned for more information once it's released.