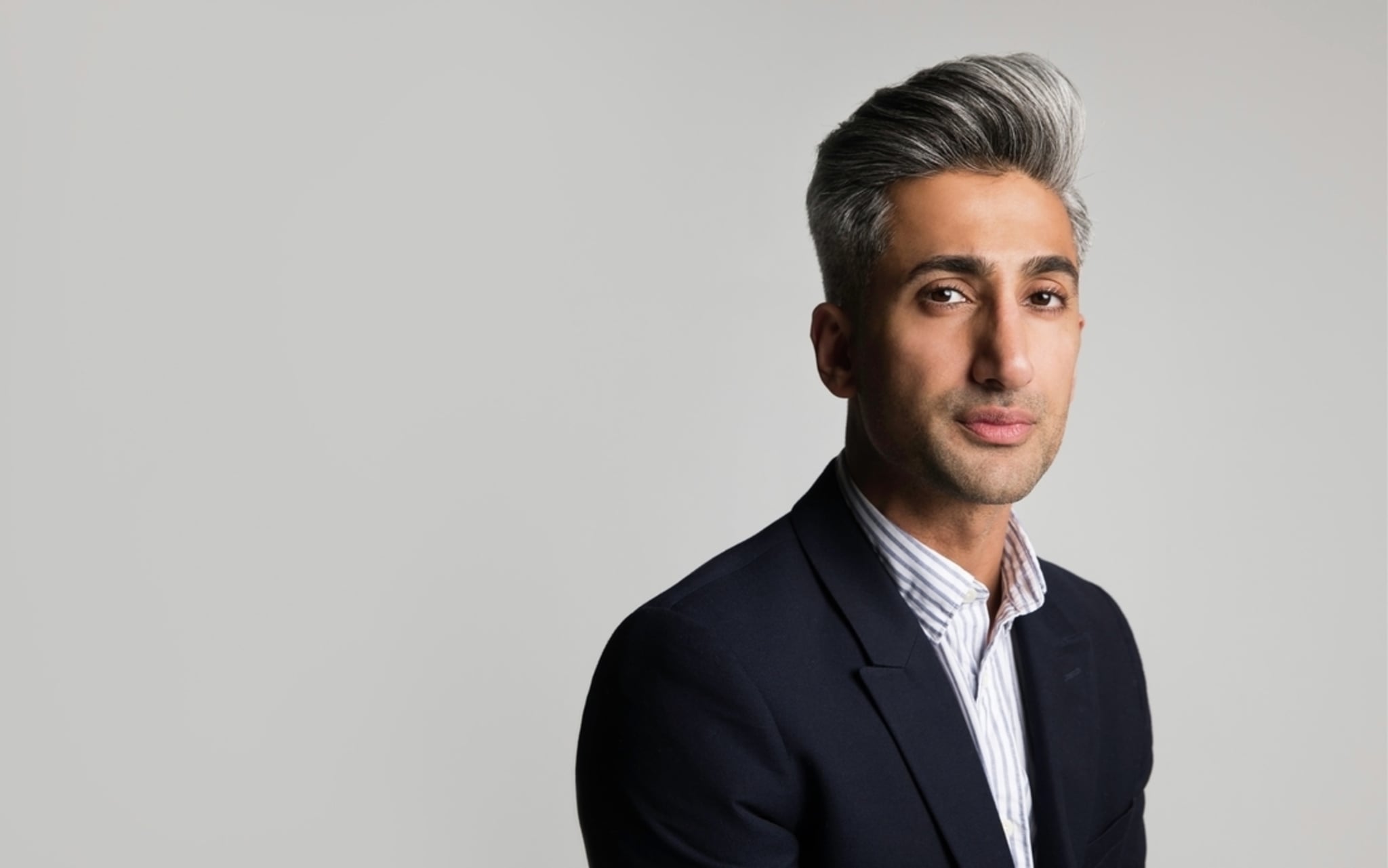 If there's one person whom I'd like to swap airline miles with it would be Tan France. The Queer Eye star logs more hours of plane travel than not only the average person, but also the average celebrity, typically flying at least three or four times a week, minimum, and he's done that for two and a half years. "It's a crazy amount," France told me in a phone interview to chat about his new partnership (more on that in a second). "I travel probably more than anyone you would have ever spoken to before — I'm always, always on the go. I travel more than any of the boys [on Queer Eye] as well. I've done 14 states over the last 15 days. And I also travel internationally a lot."

Add France's immense travel experience to the fact that he has lived both in the UK and in the US, it's no wonder that the London-based company TransferWise — a wireless currency transferring service — tapped him to help launch their newest product, the TransferWise debit Mastercard. Although, I'm not sure how he's found the time to take on yet another job, what with hosting Queer Eye, filming a new Netflix show with Alexa Chung, promoting the book he just wrote, Naturally Tan, and making a cameo in Taylor Swift's new music video for "You Need to Calm Down" (I'm exhausted just typing all of this). 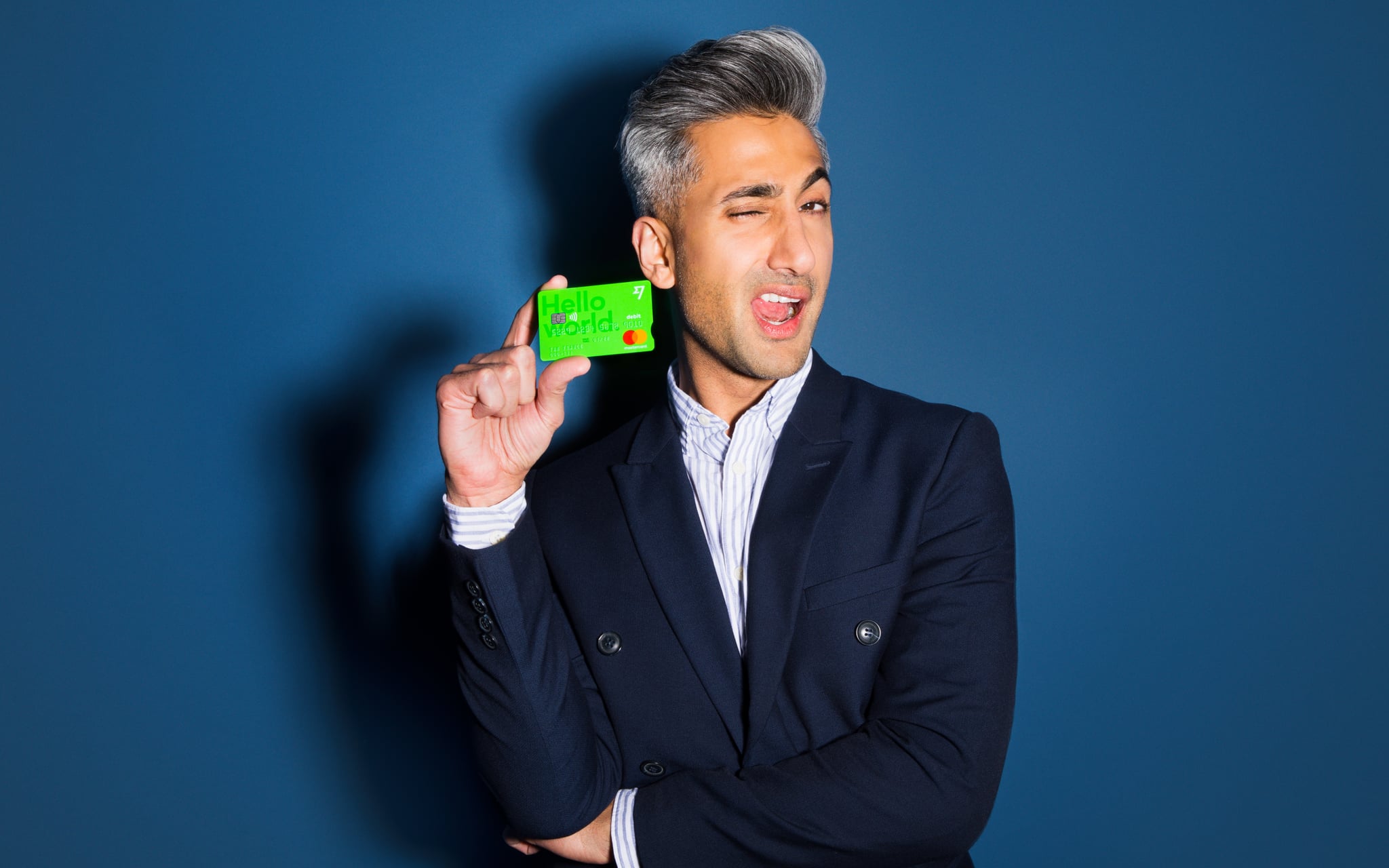 For those living in the UK and Europe, you're probably familiar with TransferWise. For those in the US, it's basically like the Venmo app except that it allows you to transfer money internationally (although, sadly, unlike Venmo you can't illustrate your transactions with emojis to make you forget the fact that cash is coming out of your bank account and instead focus on out-emoji-ing your friends). I first encountered the company before moving to London two months ago. I downloaded the TransferWise app, and it allowed me to convert US dollars into British pounds at a lower exchange rate than my US credit union so that I could put a down payment on an apartment ... err, flat. The brand's new debit card follows a similar concept: if you live in the US or the UK, it allows you to spend money anywhere in the world at the real exchange rate. "Back in the day I used to have to exchange money at my local bank and it's so nice to be in a position now where I don't have to," says France. "I just take out the card, and I shop like a local and that makes a difference to me."

Even with such a busy schedule, France and I got the chance to chat over the phone about his new gig. I also took the opportunity to get him to share his best travel advice (of the money-saving variety and beyond) with POPSUGAR UK, because take it from him — France takes the term frequent flyer to an entirely new level.

"Over the years of traveling, there are things that I used to spend money on that I've learned I don't have to spend money on. For example, many airlines will charge you for an entertainment system if you're flying within a certain number of miles of your country. I make sure to download shows on my phone for free [before I fly], so I can watch them without having to pay the 17 dollar or so charge. Another thing is Wi-Fi; before I travel I get my screenshots, I print out my work beforehand so I don't have to pay for Wi-Fi on the flight. So I really try to make sure my spending is streamlined when I travel."

Tip 2: For Any Trip Under a Week, Don't Check a Bag

"I keep [packing] really streamlined by creating a capsule wardrobe. Back in the day I used to make a list a couple of days before so I could pull those pieces of clothing, but now I've got it down to art. I know exactly what I need. But if you are the kind of person who isn't as organized — I've always been a little anal retentive, I really have — plan what you're packing a few days in advance. Every time you think of something like, 'Oh, I'll need that!' Add notes to your smartphone and then by the time it comes to packing you know exactly what you need to take." 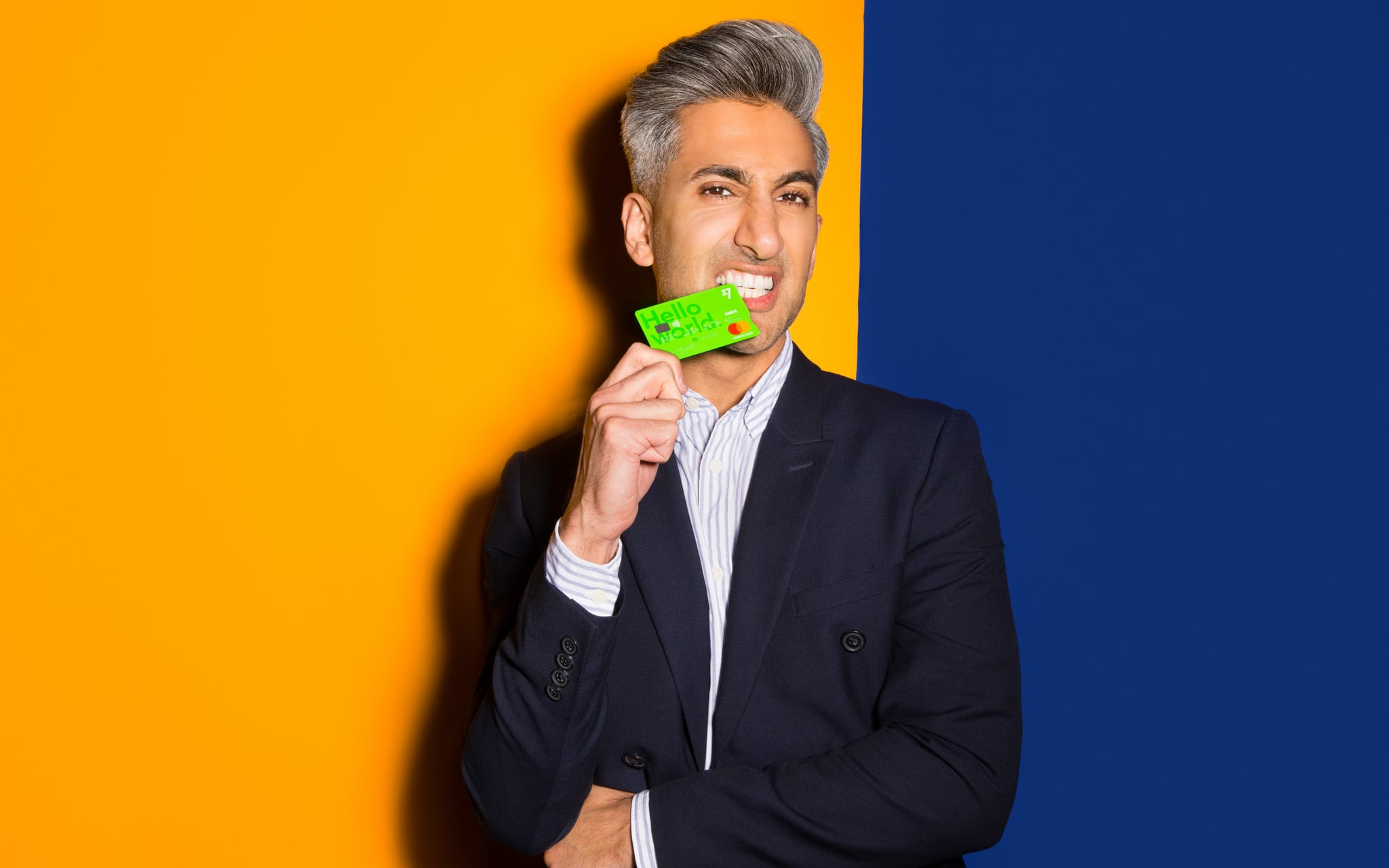 Tip 4: And When It Comes to Packing, Stick to a Colour Scheme

"So again, I create a capsule wardrobe. I will make sure that there's a suit in there — and women can do this, too — and you break up that suit and you team it with other things in your hand luggage. So I will take a couple of button-up shirts in different colours, I will take a couple t-shirts in different colours, I will keep it all relatively neutral or in a colour story that works well. I will maybe take one pop of something that doesn't work with everything — but for everything else, the colours all work together so I can put together any outfit and I know that the colours will look good together.

I will only take one pair of shoes in my suitcase, and I will wear the other pair of shoes. I don't pack outerwear in my bag that takes up too much room — I will wear it on the flight or place it into the overheard bins."

Tip 5: Fold Your Clothes; There's No Need to Roll Them

"OK, I know that people say roll, but I couldn't care less about rolling. Folding works just the same. I don't see you saving any more space with rolling. The only thing that I do do is I put as many socks into my shoes as possible. I only take the amount of socks that fit into my shoes, so I'm saving space there. And I will not fold my underwear, I will lay it flat completely and that seems to save me room as well. Otherwise you're throwing it in and scrunching it into your suitcase."

"For your toiletries, I get those little stackable — I call them tiffins, which is what Indian people call them, I can't remember the non-Indian word — but they're stackable little jars. So when I'm only away for a few days I pop a few squirts of my moisturiser, my serums, my shampoo, into those little jars, and that saves so much space. You can get them from the pound shop (Editor's note: or a craft store), they sell stacks of five. I end up taking maybe two, maximum two and a half per trip.

I don't believe in buying travel-size products. You're spending so much more than you need to. Go to the pound shop, buy one of those stacks of little pots, and you use the product you already have."

Tip 7: Board the Plane Barefaced

"I don't wear makeup, but if I'm on set and I've had a really, really long day the day before, and I'm on set at 7 a.m., I will pop concealer just in the very corner of my eyes to get rid of my dark circles. Otherwise, I don't like the feeling of makeup on my face. But if you wear makeup regularly, before you go on a flight, wipe it all off. It's going to ruin your skin and cause breakouts. I mean, who are you going to want to sleep with on a flight? You don't need to look sexy. Just take your makeup off."

"So if I have any concealer on at all, which is rare, I wipe it off. I then always apply my serum, which I top off with a really heavy moisturiser — like a night cream. I started using BeautyBio The Quench Skin Recovery Cream (£125) about a year ago, and I love it. I put a pretty generous layer of it on, and I don't have to reapply it. It keeps me hydrated for literally a 12-hour flight. Then before I land I will wash my face and reapply my regular moisturiser. Or if I'm going straight to my hotel, I just wait till I get to my hotel to wash my face."

Tip 9: And Whatever You Do, Just Drink the Free Coffee

"Now most of the hotels I stay at these days — and this is going to make me sound like a bougie, elitist bitch, but it's just a fact — they're very fancy (Netflix puts me up, which is so nice!), and ordering a coffee or tea to your hotel room usually costs around $16 … for a coffee. A money-saving tip is to go down to the lobby. They have the same coffee that's available in the lobby where you can get yourself. That saves you $15 a day. That's 10 quid a day!" 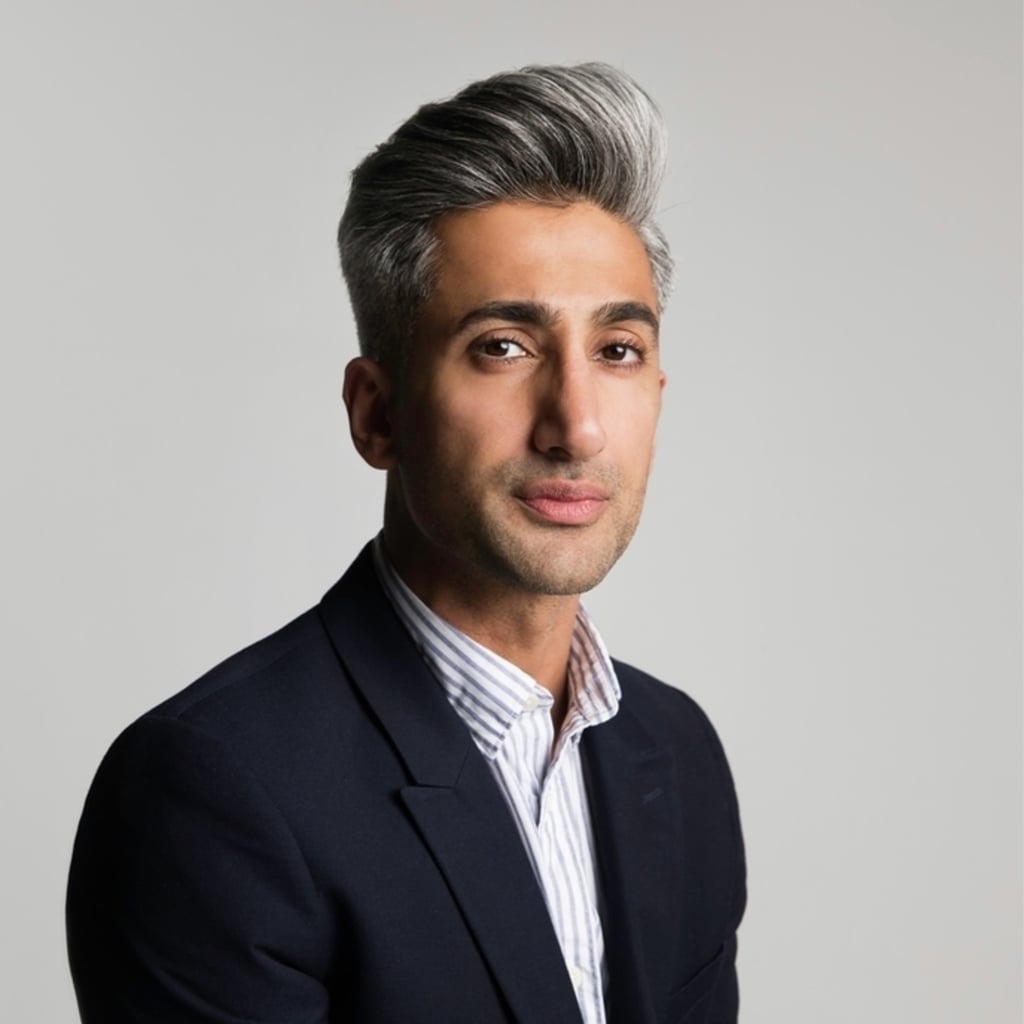 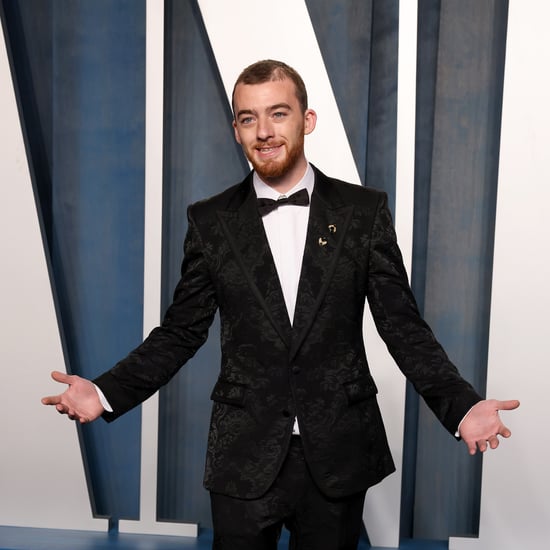 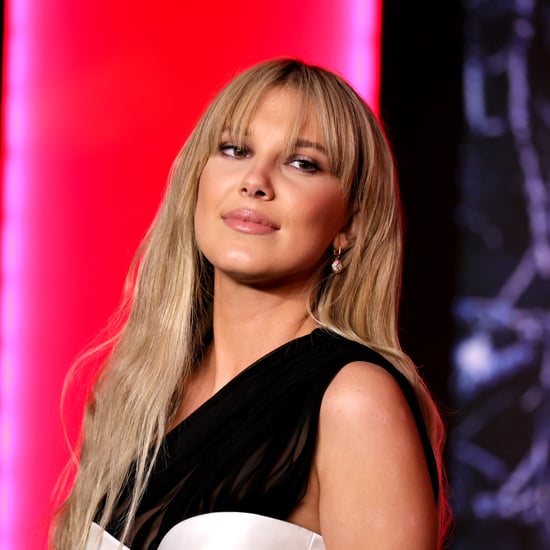 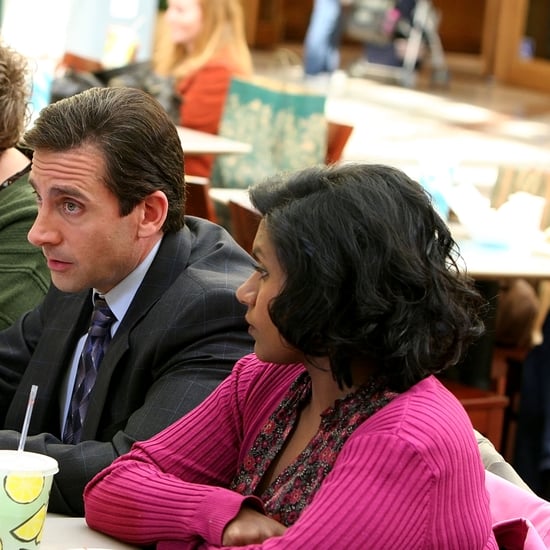