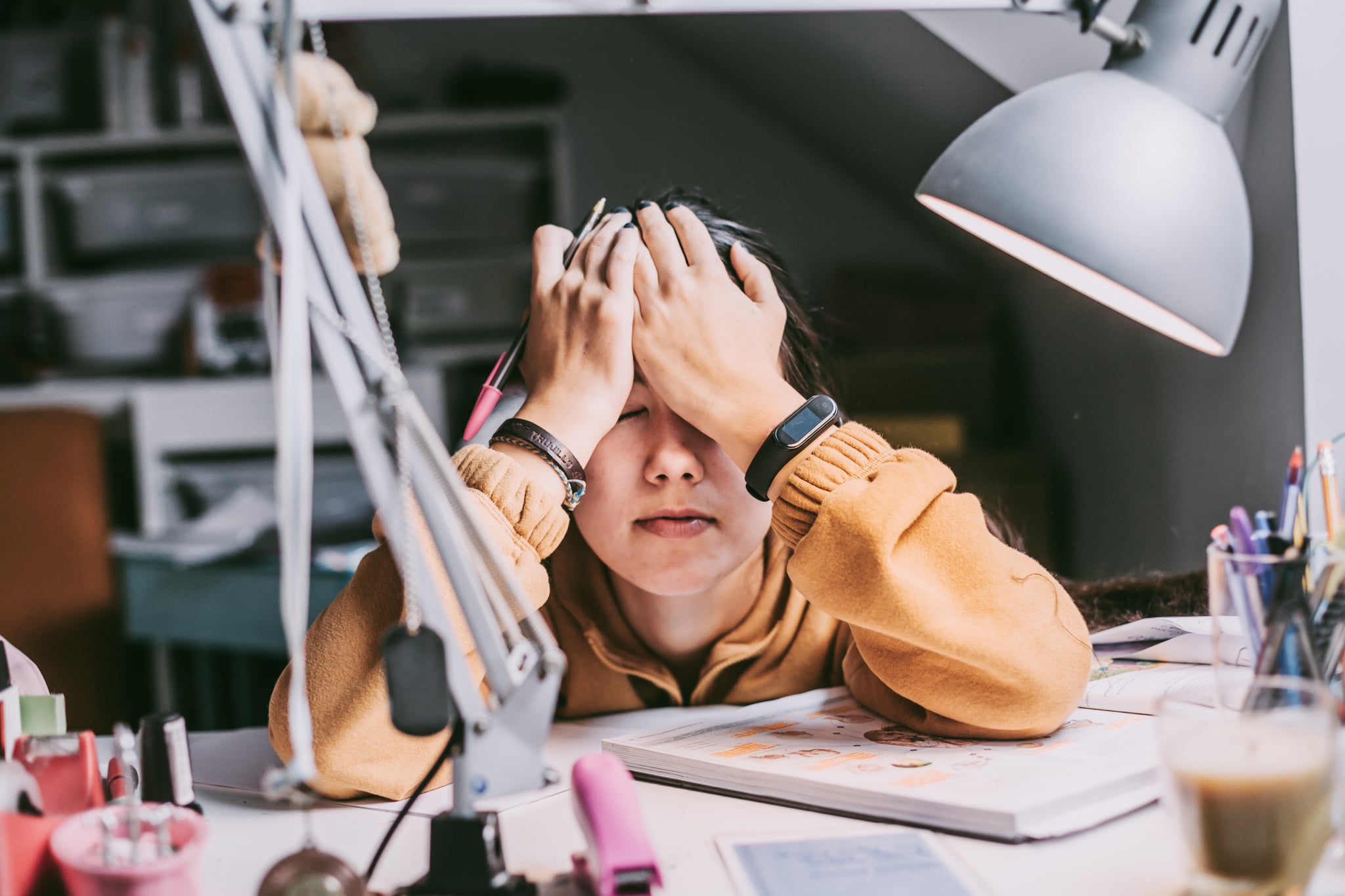 College is stressful, but those four years don't compare to (and didn't prepare me for) the overwhelming stress of the ultimate showdown: graduation.

As I made my way through college, I always saw graduation as the prize at the end of a long, dark tunnel. And that's definitely true; graduation is a huge accomplishment. But as the day got closer, I was absolutely buried in things to do. From final exams to essays to projects to presentations and looking for a job, I felt like I was drowning. Suddenly, graduating didn't seem quite as victorious anymore but daunting and scary.

Related:
I Graduated From College Last Year, and Here Are My Top 5 Pieces of Advice For the Class of 2020

Each project to get you to your ultimate goal needs to be broken down, simplified, and taken one at a time.

Here's one thing I learned through those last few weeks: waking up every single day and immediately thinking about every single thing you have to get done does not lead to having a very great day. When I was in my final two weeks of college, I wasn't taking anything slowly. I was instead allowing the weight of every single task to crush me at once, and obviously, this made me incredibly stressed. It's simply not productive to pile on every single task and worry all at once. Each project to get you to your ultimate goal needs to be broken down, simplified, and taken one at a time. Fortunately, I realized that I had to change my mindset if I wanted to finish out my college career strongly.

I'm a notorious procrastinator, but I realized the key to my productivity lay in overcoming this terrible habit. There was no way I'd be able to cram for every single exam, essay, or project in just a couple of nights; I had to break it up. I started by getting organized. I documented every due date and exam date on a calendar, and from there, I prioritized my time.

Obviously, whichever exam was coming up first was priority number one. I also ranked my upcoming exams on a scale of easiness to difficulty, that way I could better map out time to spend studying for each one. It's a bit weird to label certain exams as "less important" than others, but it's a totally normal thing to do. A big part of being successful in college is managing time well, and that means you can't spend hours studying for every little thing at the same level. So I made a game plan, prioritized study time by date and difficulty level, and went from there.

As both a blessing and a curse, my most difficult exam happened to be my very first one. Sure, it was stressful to be thrust into finals week with the hardest test first, but once it was over, wow, I felt so good. And you know what else? I felt like I totally nailed it, because I had taken the time to really study well in advance instead of turning to my usual last-minute cramming and stressing.

The rest of the week pretty much followed suit. I had four exams, one final presentation, and two essays. Over the course of a week and a half, it was quite a bit to take on, but since I'd planned ahead, I felt so much more prepared. Instead of writing the essays all at once, I broke them up into chunks over the course of a couple weeks. My last exam happened to be my easiest, so once I got to it, I wasn't stressed that I spent the least amount of time studying for it. It was all part of my game plan.

Related:
20 Years Later, This Is Still the Best Piece of College Advice I Got (and Now Give)

So, yes, the last two weeks of my college career were the most stressful of the entire four years. As I approached the end, I felt jaded, scared, and incredibly overwhelmed. I didn't know how I'd possibly tackle everything. But once I stopped trying to do everything at once, my life became so much easier. Thanks to this prioritizing, by the time graduation day rolled around, I was able to walk across the stage feeling as accomplished, successful, and proud as I possibly could be.

Summer
I Quit Tanning at the Peak of Summer, and Learned to Love My Skin
by Izzie Deibe 1 hour ago