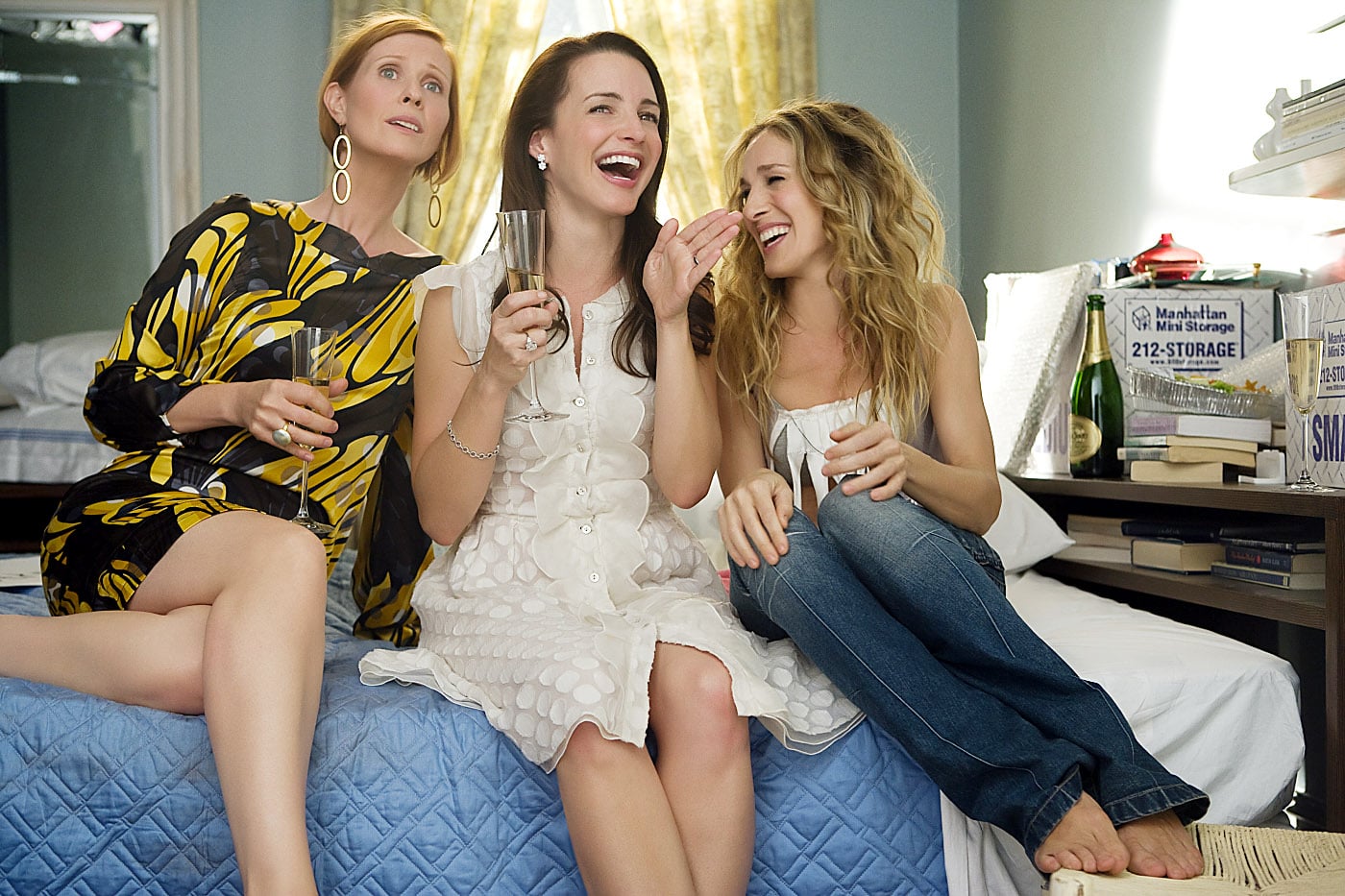 When I was in second grade, I was obsessed with the movie Grease. I loved the music, the dancing, and the retro vibes, but most of all, I loved the friendships. The promise the characters all made to each other in the movie's final song "We Go Together" — that they would, yes, "always be together" — made me so happy. I loved that sentiment so much that I actually remember sitting at my second grade lunch table and telling my classmates that were just like them: "We'll always be together," I said. I was met with blank stares.

Of course, I don't still hang out with my second grade class. Unlike the characters in Grease, we were not destined to always be together. But even still, my obsession with onscreen friendships remained a constant in my life for a while. It carried over into adulthood and it made me put unrealistic expectations on my own friendships — something that nearly destroyed a lot of the ones that mean so much to me.

Related:
13 Signs Your Best Friend Is Your Ride-or-Die

I spent so much time being enamored by TV friendships . . . but the truth is, that's not a healthy way to live, and it's unrealistic to expect people to maintain it.

As I grew older, my obsession with Grease waned, but it was replaced with a love for TV shows filled with friendships that are just as intense, if not more so. When I was a teenager, my three favorite TV shows were Friends, Will & Grace, and Sex and the City. These three shows have a few things in common: they're all set in New York City, they're all comedies that sprinkle in levels of drama, and their characters are all very, very close friends.

On all these shows, the characters do everything together. They eat all their meals together. They live together. They spend every holiday only with each other. They're overly involved in each other's love lives. They can somehow drop everything to spend a ton of money on a vacation because one of them is going through a hard time. And they don't seem to have very many friends outside of their close-knit circle. From a TV writer's perspective, these choices make perfect sense. They make it easier to keep the characters connected for all of the series' storylines. But they're not choices that make sense in real life.

Because I spent so much time being enamored by TV friendships, I thought that my real-life friendships were supposed to look just like them. In high school, I pushed for my friends to be as close as possible. I wanted us to tell each other everything, to be involved in all the same clubs and activities, and to only want to spend time with each other. And if our group couldn't make grand gestures for each other even under high school rules and budgets, were we even friends? But the truth is, that's not a healthy way to live, and it's unrealistic to expect people to maintain it.

In fact, I soon discovered that I didn't have the energy to keep up with the intensely close friendships that I thought I wanted. I wanted more alone time than the characters in my favorite TV shows seemed to want, and I didn't want to force closeness in relationships where it didn't exist naturally. The more time I spent trying to recreate Central Perk in my own hometown, the more exhausted I became. I mean, who really wants to spend multiple hours a day in the same coffee house?

Related:
11 Things Only Your BFF Knows About You

There's a reason friendships on TV are so perfect. Writers shape them to tell the stories they want to tell, but real life isn't that well controlled, and it took me a long time to realize that. Off camera, friendships ebb and flow. People change and so do the ways they build connections with each other. You might be comfortable crawling into one friend's bed to cry about heartbreak and only comfortable telling another friend basic details. And there's nothing wrong with either.

I'll admit that I spent most of high school and maybe even some of college trying to force how I thought my friendships should be. But once I grew, let go of those expectations, and stopped fixating on having those perfect bonds, I was able to actually have the types of friendships that fed my soul. When you write your own storyline, it's something that's so much better than what you see on TV.