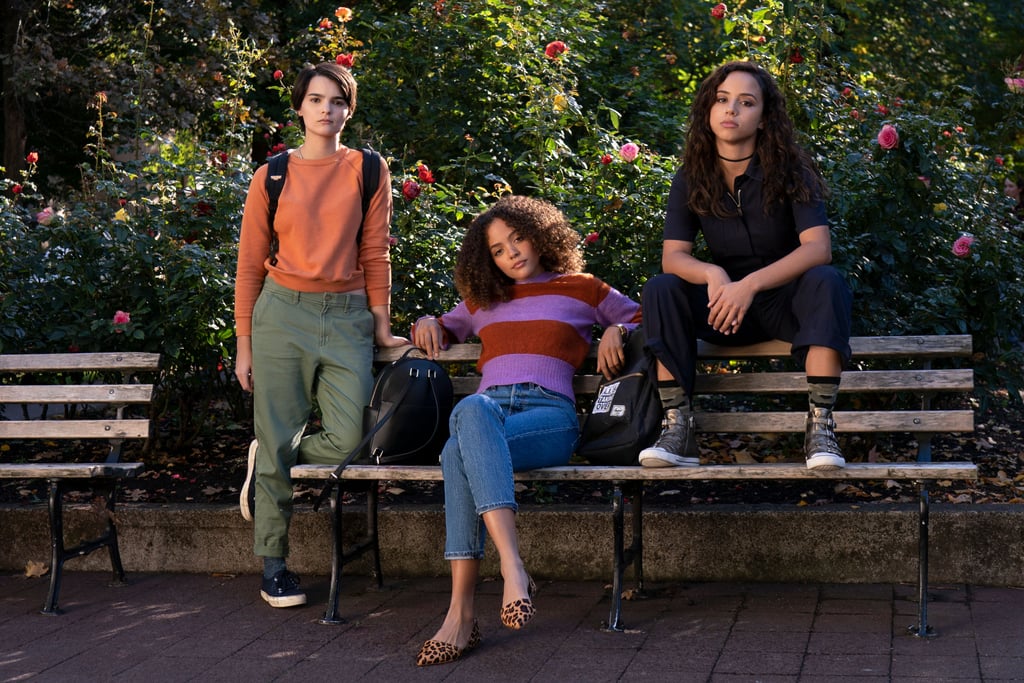 19 of TV's Most Inspirational Female Friendships

These days, it is beautifully common to see a big band of powerful, influential women marching together and preaching feminism. There is still a weird paradigm, however, in terms of what an "aspirational female friendship" should look like. On the one hand, there is the polished, Instagram-ready friendship we see presented by stars like Taylor Swift. But however pure the friendship behind those alliances may be, they still have an undeniable brand value that makes them feel sort of manufactured. #Squadgoals definitely had its moment, but it tends to apply to long-legged, dressed-to-the-nines snapshots of girlfriends more so than Gloria Steinem giving Ruth Bader Ginsburg a high-five.

No one has a monopoly on feminism, but for all the talk of this being a new heyday for women's representation in the media, it's kind of a bummer to see a commodified, watered-down version of the movement presented as pop culture's mainstream. And yet, I am hopeful, because TV is really and truly in a new Golden Age, and this one features a whole lot more women — in front of and behind the camera.

For the first time in my adult life, I don't have to search desperately for a show that passes the Bechdel test. Not only can I see my and my friends' experiences represented on television more consistently, but I can find multiple examples of female friendships the I actually do aspire to have. Too often, the image of celebrity friendship doesn't give us much to aim for beyond an outward appearance of glamour and social clout, but with television, we can dive into the good, the bad, and even the mundane of what it means to be lady friends. With that, let's take a look at the shows that are changing the way female friendship is represented on TV!