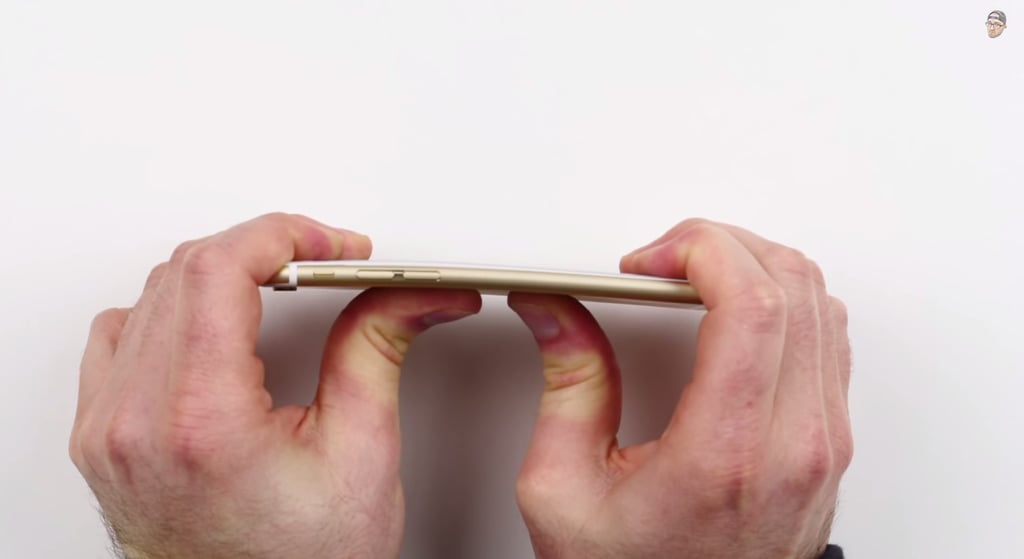 Well, this is comforting. Apple has finally spoken out about the iPhone 6's unintentional new "feature" — bendiness. Many 6 and 6 Plus owners reported warped, bent phones after sitting down with their devices in their front and back pockets. Apple stock took the plunge, and the company has now released an official statement on #bendgate.

The "iPhone 6 and iPhone 6 Plus feature a precision engineered unibody enclosure constructed from machining a custom grade of 6000 series anodized aluminum, which is tempered for extra strength," Apple stated. Apparently, through the first six days of sale, a total of "nine customers have contacted Apple with a bent iPhone 6 Plus."

Apple: "through our first six days of sale, a total of nine customers have contacted Apple with a bent iPhone 6 Plus." via @JohnPaczkowski

Apple: New iPhones feature steel/titanium inserts to reinforce stress locations and use the strongest glass in the industry. (via @jonfortt)

We also actually believe Apple. Lewis Hilsenteger, the guy behind the original iPhone 6 Plus bend test, tried to flex the iPhone 6 — but to no avail. The smaller new iPhone has much more structural integrity than its larger counterpart. Watch the bend test sequel below!