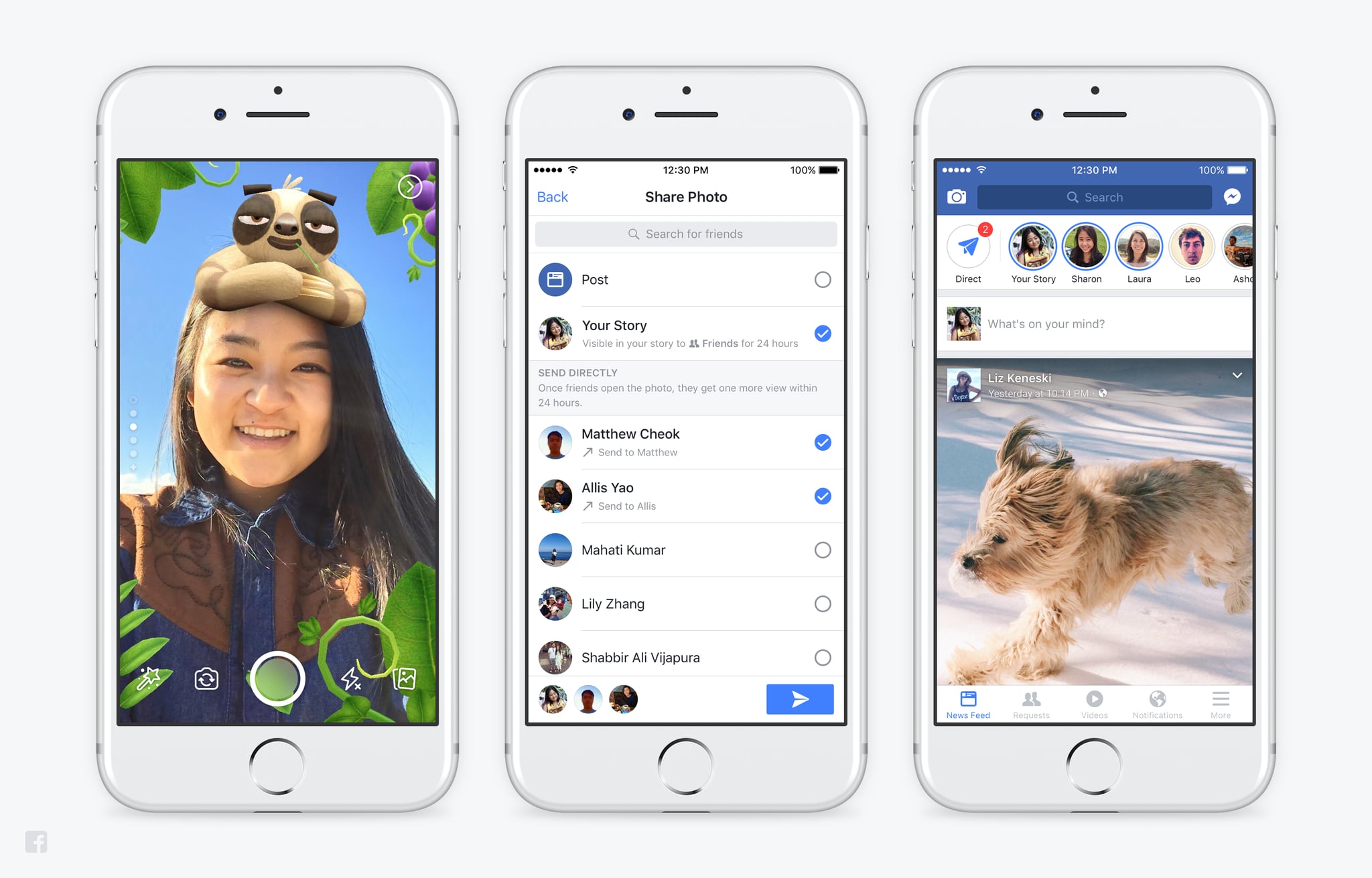 Your news feed is about to look so different on Facebook — or rather, a little more similar to other apps you might use like Instagram or Snapchat. The company recently announced new camera effects, Facebook Stories, and direct messaging for its mobile app. 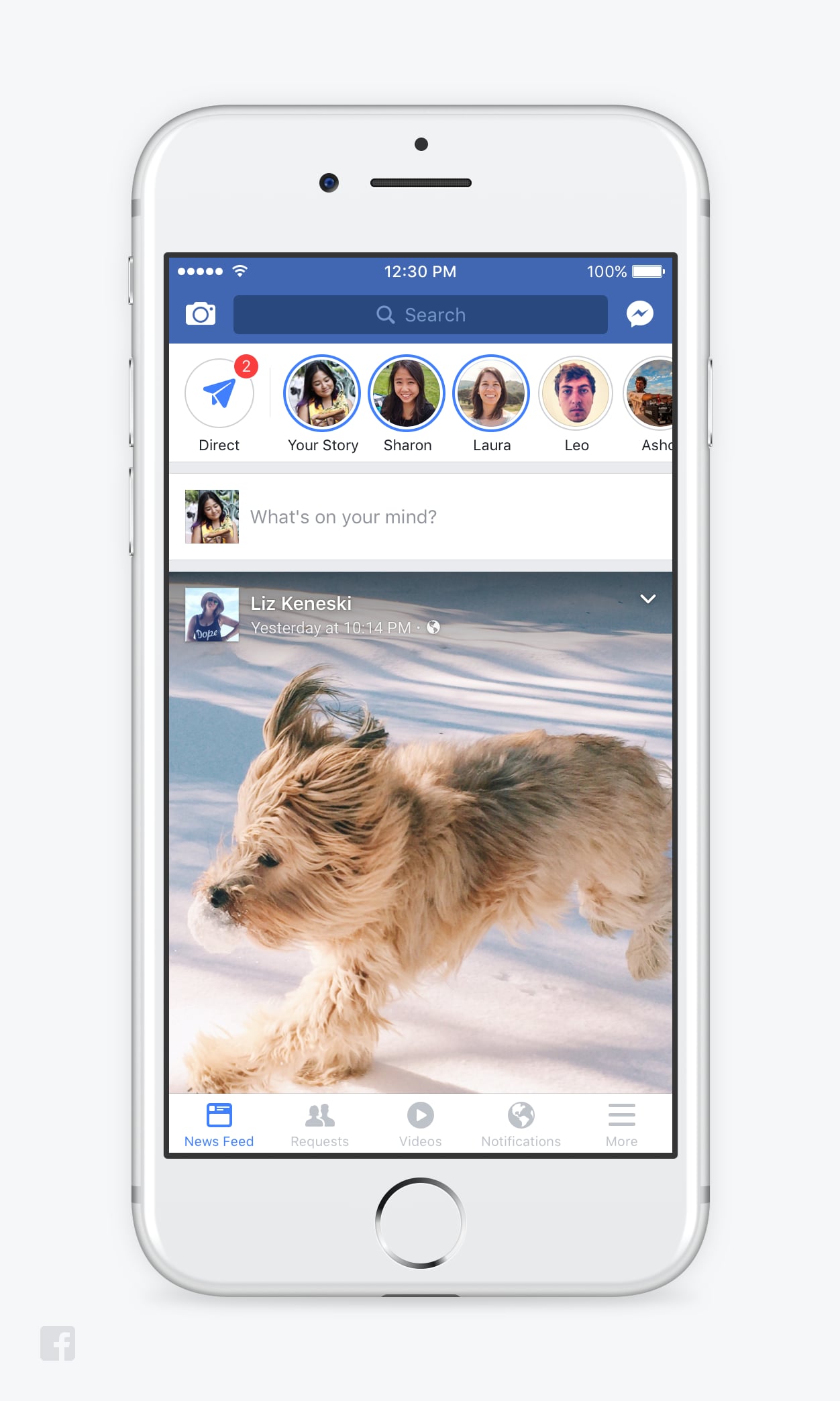 The next time you open up your Facebook app, the biggest change you're going to notice is at the top. You'll see a new area below the search bar; it includes the new direct messaging tool and Facebook Stories. With Facebook Stories, simply tap on the "Your Story" button and take photos or videos.

Unlike other events you might post to your news feed, these stories disappear after a day. You'll also only see stories from friends you interact with the most on Facebook and not those whom you barely ever remember friending. Bonus: if you've unfollowed someone on Facebook (but not unfriended them), their story won't pop up at the top either. Curious as to who's looking at your stories? Look back at your story and check out the views. 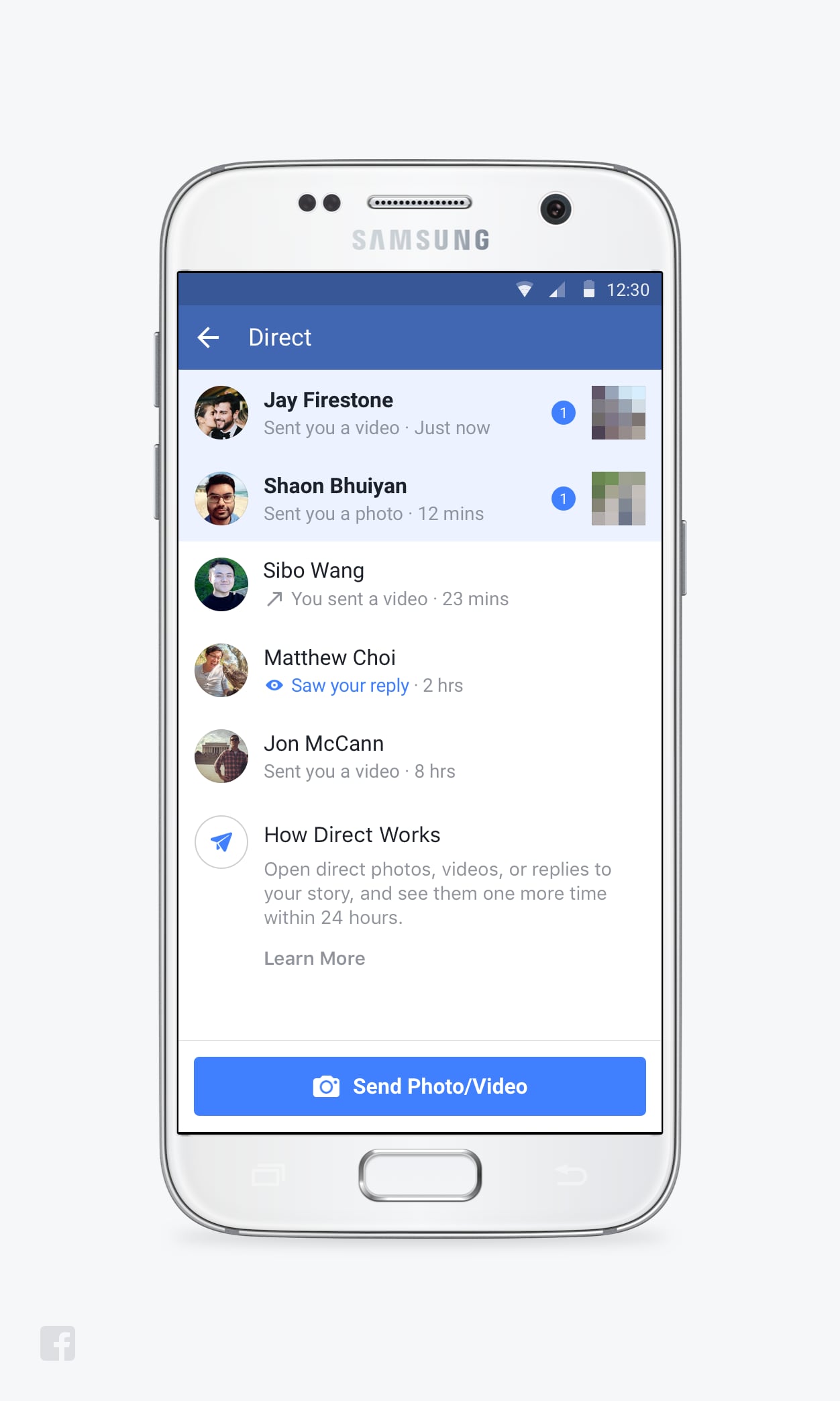 If you take a photo or video for your story but decide you'd rather share it with just one friend or a few, you can send it directly to them. They can either only see it once or replay it again before sending a reply. After that, the photo or video disappears. Direct messages will also hold any replies people send to you if they look at your story. 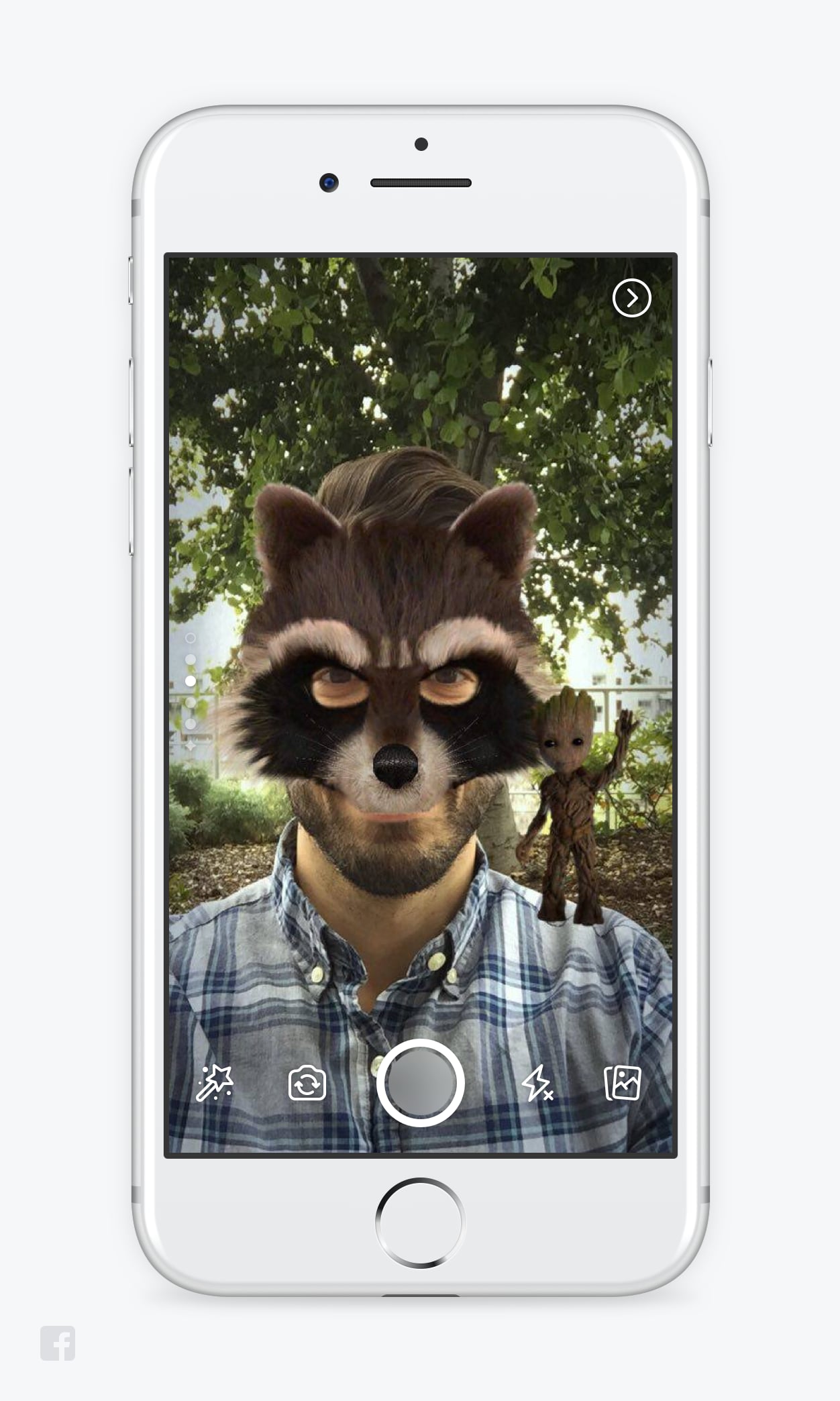 You might also notice the new camera icon next to the search bar on the app. Tap on it to try the new camera app Facebook's created, complete with effects, filters, masks, and more. Facebook has partnered with several films like Guardians of the Galaxy Vol. 2 to create fun masks for your face. Like Snapchat, you'll also see certain geographical or regional filters. For example, if you're in San Francisco, you might see a filter that says the city's name. To find the fun effects, either tap on the dots on the left side or tap on the wand located in the bottom left corner.

All of these features began rolling out on March 28 to the Facebook app. You won't be able to see any of this on desktop — for now. Of course, none of this is that new, as we've seen plenty of these features on Snapchat first, then Instagram.