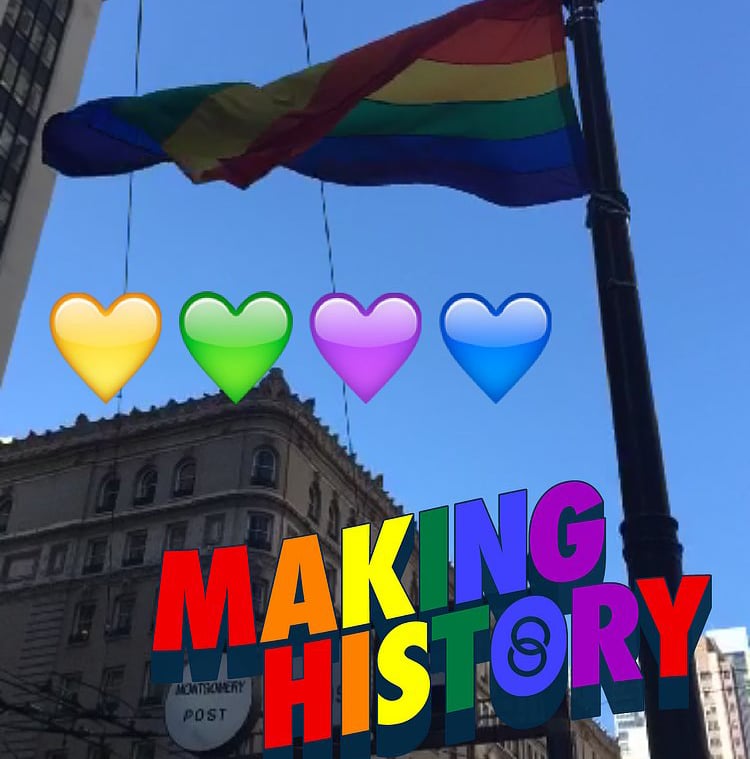 There's no end to the amount of celebration happening on the Internet today, thanks to the Supreme Court legalizing gay marriage across the nation. It's become the number one trending topic across several social media networks, and even several popular Internet companies are celebrating the news in their own way.

While people tweeted their support and happiness in the ruling, Twitter also included a small update to the hashtag #LoveWins. Whenever you tweet with the hashtag, a tiny rainbow heart appears.

Over on Google, if you search for the term "marriage equality" or "gay marriage," you'll get a rainbow banner at the top, along with a rainbow heart.

Ride-sharing companies like Uber are also joining in — when you call a ride, you will see little rainbow flags around the car icons on the app.

Reddit is now part of the festivities, giving each username on the site a rainbow background on threads with photos.

And for anyone who loves Snapchat, the company has two filters to choose from. One includes the phrase "Making History" in rainbow lettering and the other is a simple rainbow equal sign.

Keep on celebrating, America! It's been a long time coming, and we just can't get enough of everyone's response.