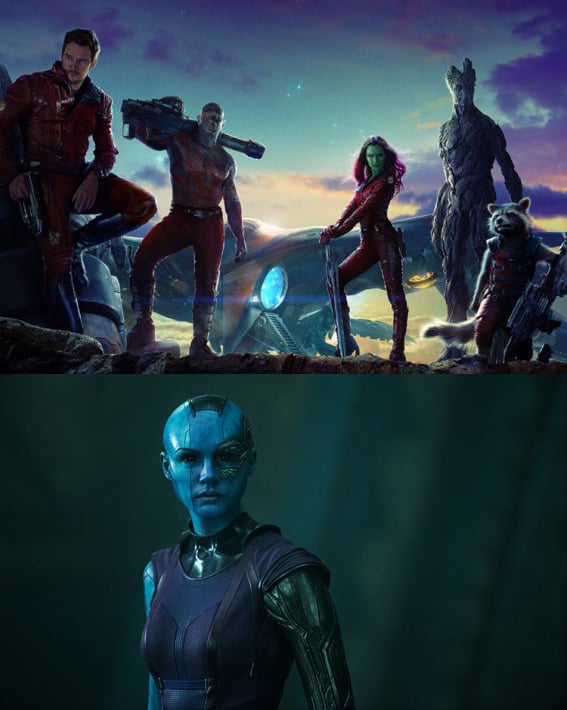 Who Are the Guardians of the Galaxy?

Guardians of the Galaxy is a lesser-known part of the Marvel Universe based on the modernized 2008 version of interstellar heroes that appear in various comic books. The all-star cast features Chris Pratt as Star-Lord; Zoe Saldana as Gamora; and the very beautiful, very bald Karen Gillan as Nebula.

"It's an antihero superhero movie. They're thieves, rebels, and assassins learning very big lessons," Zoe said at the postpanel press conference. From what the cast revealed at the Comic-Con panel, the Guardians of the Galaxy are ex-mercenaries and convicts charged with protecting the universe.

We wanted to explore the backstory of these Guardians as dictated by Marvel canon. Who are they really? In what follows, see the actors' takes on their characters and a short history of each Guardian, as portrayed in Marvel comics. But beware: if you're totally unfamiliar with the Marvel universe, there may be spoilers ahead!