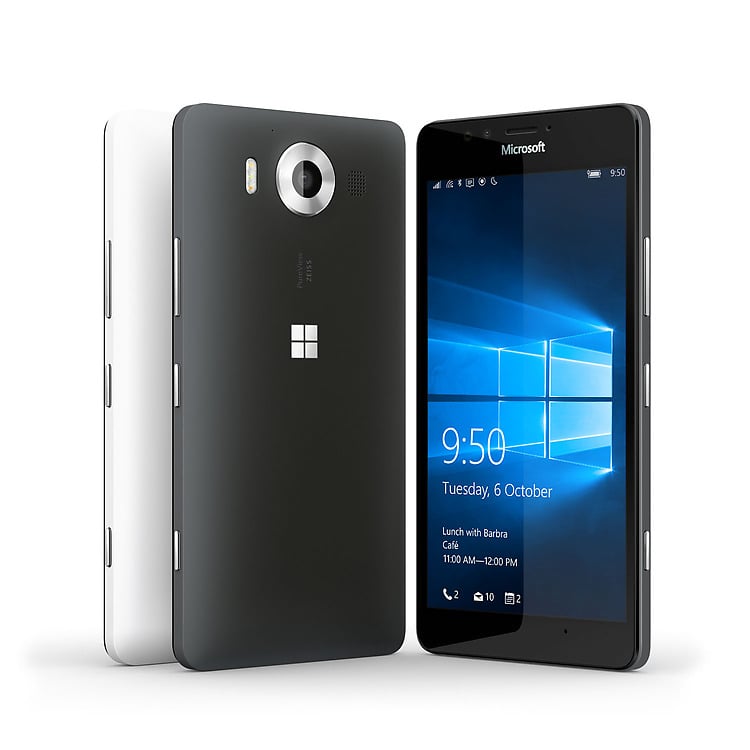 Everything You Need to Know About Microsoft's Newest Phones

In what felt like one of Microsoft's biggest events to date, the company released two new smartphones: the Lumia 950 and the Lumia 950 XL. Both are impressive and will directly compete with Google's and Apple's new releases as well. Details for both phones are below.

Here's what you can expect from the Lumia 950.

The Lumia 950 XL is just as impressive.

Both phones will also support Continuum, one of the biggest features from Windows 10 on mobile, where you can turn any Windows phone into a running computer. You can also easily plug it into the Microsoft Display Dock, which has an HDMI display port and three USB ports for usage. Each phone will also have Microsoft's glance screen technology, which shows how many text messages and emails you have as well as other notifications without turning on your phone and using zero battery life.

Though the phones will be available in November, take a look ahead to see what Microsoft revealed today.

Tech Tips
Welcome to Your Perfect Spotify Playlist, as Told by the Cosmos
by Ashley Ortiz 23 hours ago

Tech Shopping
If You're Looking For a Sanitizing Gadget, These Are the 14 Best Choices
by Krista Jones 7/31