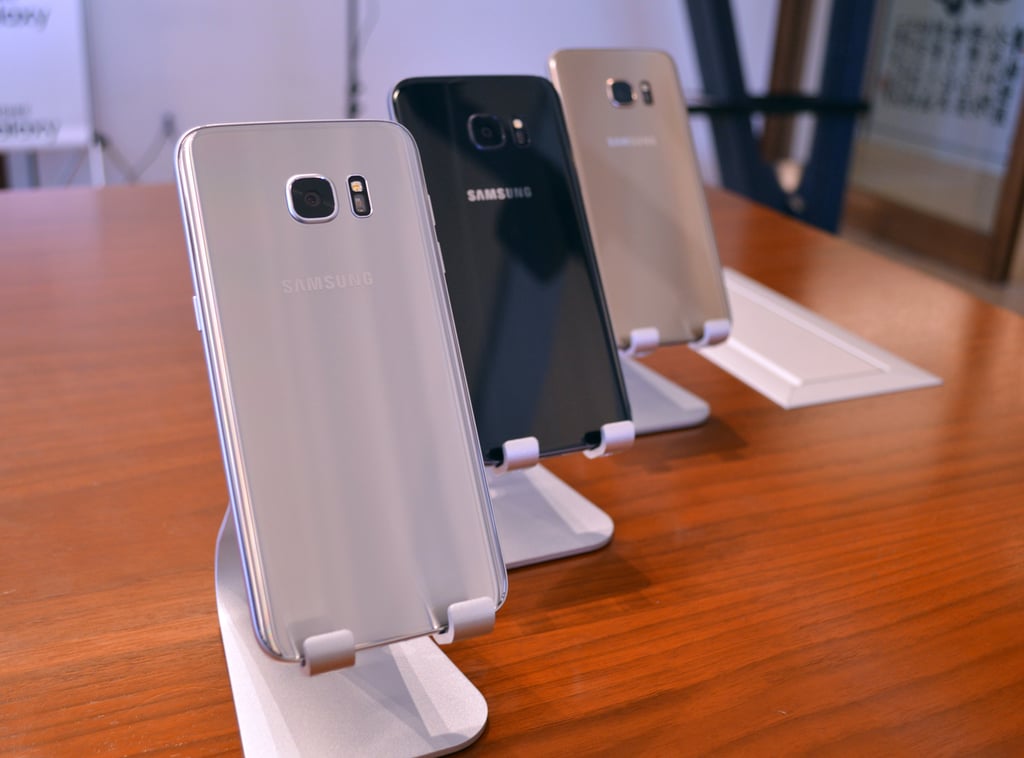 At an event right before Mobile World Congress kicked off in Barcelona, Spain, Samsung announced two new additions to its smartphone lineup — the Galaxy S7 and the Galaxy S7 Edge — and they've officially launched today! The two phones are not too different from the Note 5 and the Galaxy S6 Edge Plus (which were released in Fall 2015). The key change, however, is that the new phones are smaller and made for people who want all the capabilities of a big phone but in a more compact size.

Most notably, the new phones have an IP68 rating. This means they have a high dust- and water-resistant rating — making them essentially waterproof and dustproof (see pictures ahead). The Galaxy S5 had these features, but they disappeared with the S6, making their return even more exciting.

Here are the other new details and improvements these two phones will bring — several of which were leaked earlier this month.

Ahead, check out photos of the devices, and decide which one you want to get.