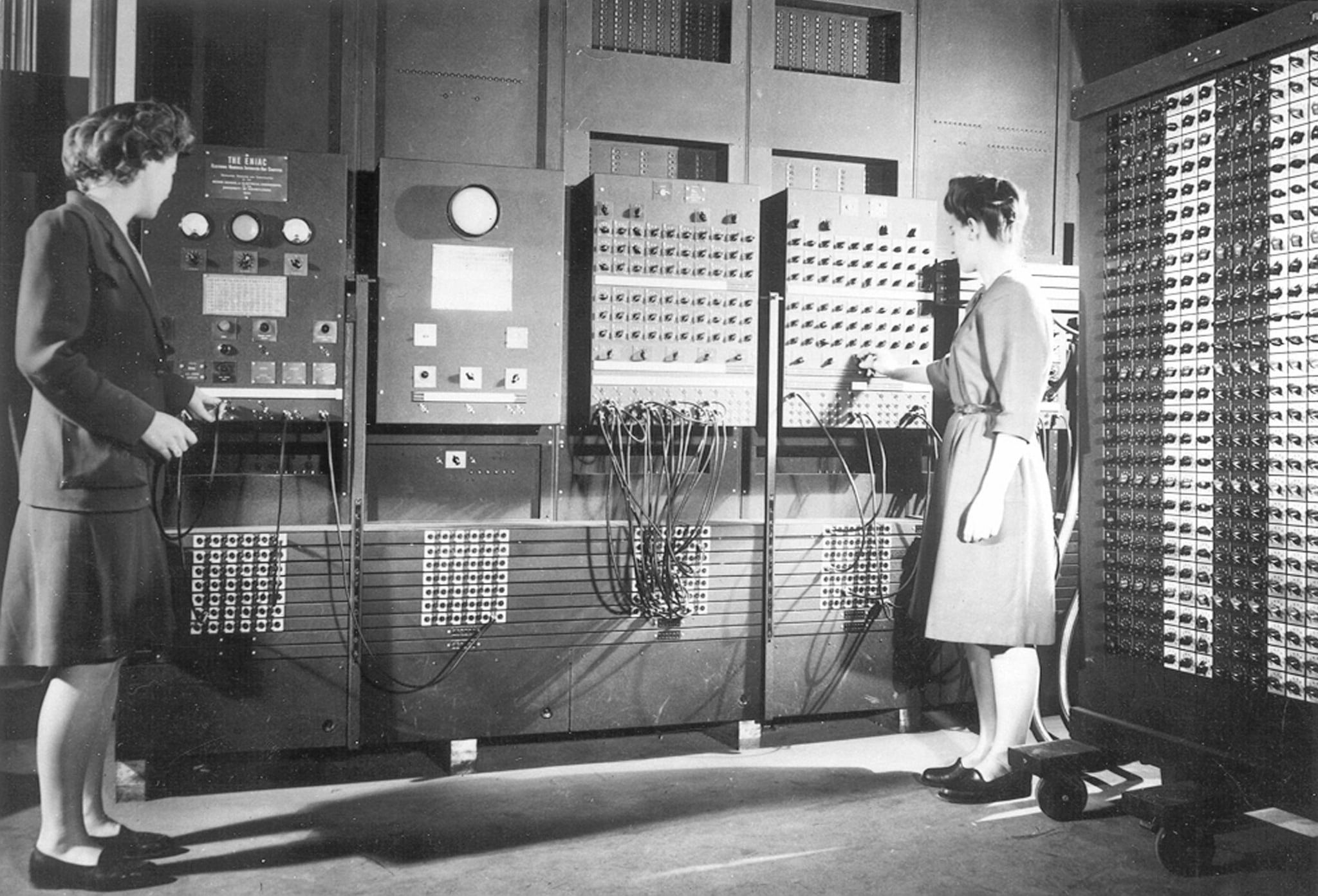 In 1984, the biggest movies at the box office were Ghostbusters and Footloose, while "Girls Just Want to Have Fun" and "Relax" topped the music charts. It was entertainment's heyday, but when it came to girls in computer science, 1984 was the year women stopped coding. What the heck happened? NPR's Planet Money investigated and discovered that the stereotypes in movies and TV triggered a serious engineering gender imbalance that prevails to this day.

What's bizarre about this shift is that many of computer science's foremost pioneers were women! Think Ada Lovelace, considered the world's first computer programmer, and Grace Hopper, the first compiler of a computer programming language. The first few chapters of a new book, The Innovators by Walter Isaacson (Steve Jobs's official biographer), are dedicated to the trailblazing women that tech forgot. And yet, in 2014, less that one percent of young women are majoring in computer science.

This may be the impetus. The movies in theaters and ads on TV in 1984 established a singular identity for programmers: nerdy, young males. Just look at this Toys 'R' Us ad for the Commodore 64. It's clearly targeted to boys and features a boy playing video games on his new Commodore:

It was also the year two now-famous best friends enrolled in Adams College to study computer science in Revenge of the Nerds. Those scenes of panty raids and installing video cameras to spy on naked ladies probably didn't convince any women that the type of classmates they'd have in engineering schools would respect them.

Let's also not forget the classic Hackers: Heroes of the Computer Revolution by tech journalist Steven Levy, published in 1984. In the book, the official view on women from a hacker's perspective was that they were "horribly inefficient and wasteful." This is the actual excerpt:

Meanwhile, hackers acted as if sex didn't exist. They thought themselves to being involved in the most important thing in the world—hacking.

You knew that horribly inefficient and wasteful things like women burned too many cycles, occupied too much memory space. "Women, even today, are considered grossly unpredictable," one PDP-6 hacker noted, almost two decades later. "How can a hacker tolerate such an imperfect being?"

And just one year later, this clip from Weird Science showed that computer hacking resulted in the creation of a well-endowed Barbie doll come to life.

In this graph, female enrollment in medical school, law school, and physical sciences goes up and up, while the number of women in computer science flatlines at 1984 and continues to decrease into the 2000s. There was a serious cultural change in the '80s that pushed women out and set the precedent for the future of engineering.

In the NPR blog, commenter Steven O. shared a good anecdote: "At the Tier I research university where I teach, we are trying everything we can think of to increase the proportion of women in engineering . . . but the proportions keep going down, noticeably so since the early 2000s when it peaked for us. There is something weird happening before they get to college that reduces their probability of even applying."

Perhaps coding camps aimed just at girls will help even out the ratio or even these simple projects intended to get little ladies involved with programming in a fun, safe environment. Listen to the entire Planet Money story below to learn more about the year when women stopped coding.