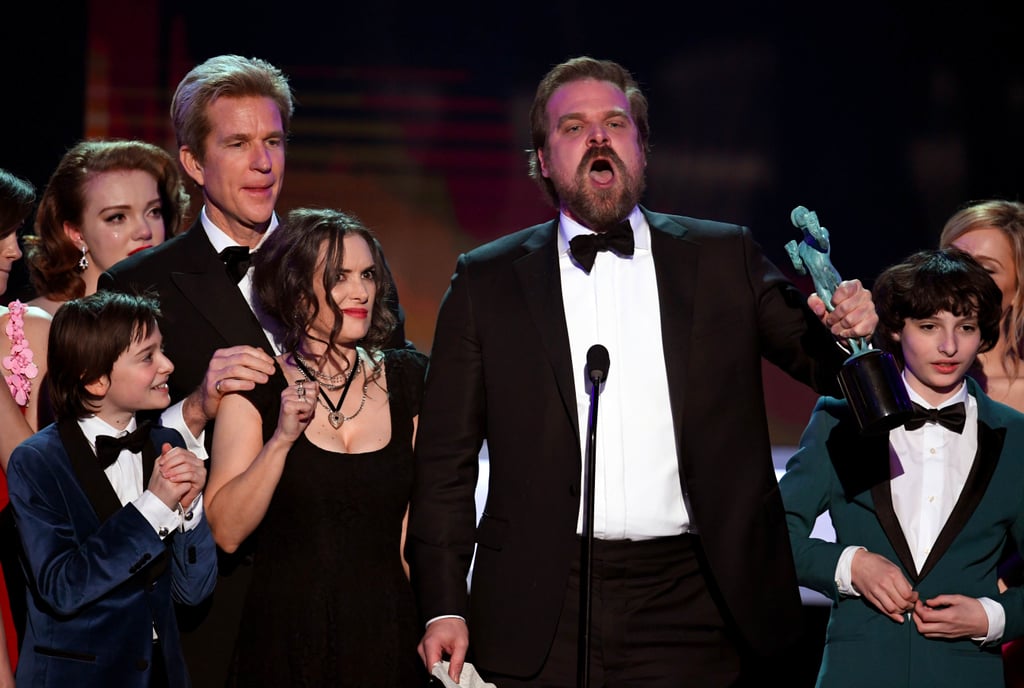 When Winona Ryder took the stage at the 2017 SAG Awards alongside her Stranger Things crew, she instantly became even more of an internet sensation than she already is. Her fellow cast member David Harbour delivered one of the most moving speeches of the night as he accepted the award for outstanding performance by an ensemble in a drama series.

Though many were enraptured by Harbour's passionate delivery, we couldn't take our eyes off Winona the entire time, as her face morphed into different hilarious facial expressions every few seconds of the acceptance speech. Her string of reactions is only comparable to a roller coaster — one second she looked utterly delighted, and the next, she appeared extremely concerned and uncomfortable.

All in all, Winona made nearly 15 different expressions, each of which is incredibly meme-worthy. Ahead are some of our favorite Winona memes that are taking the internet by storm.