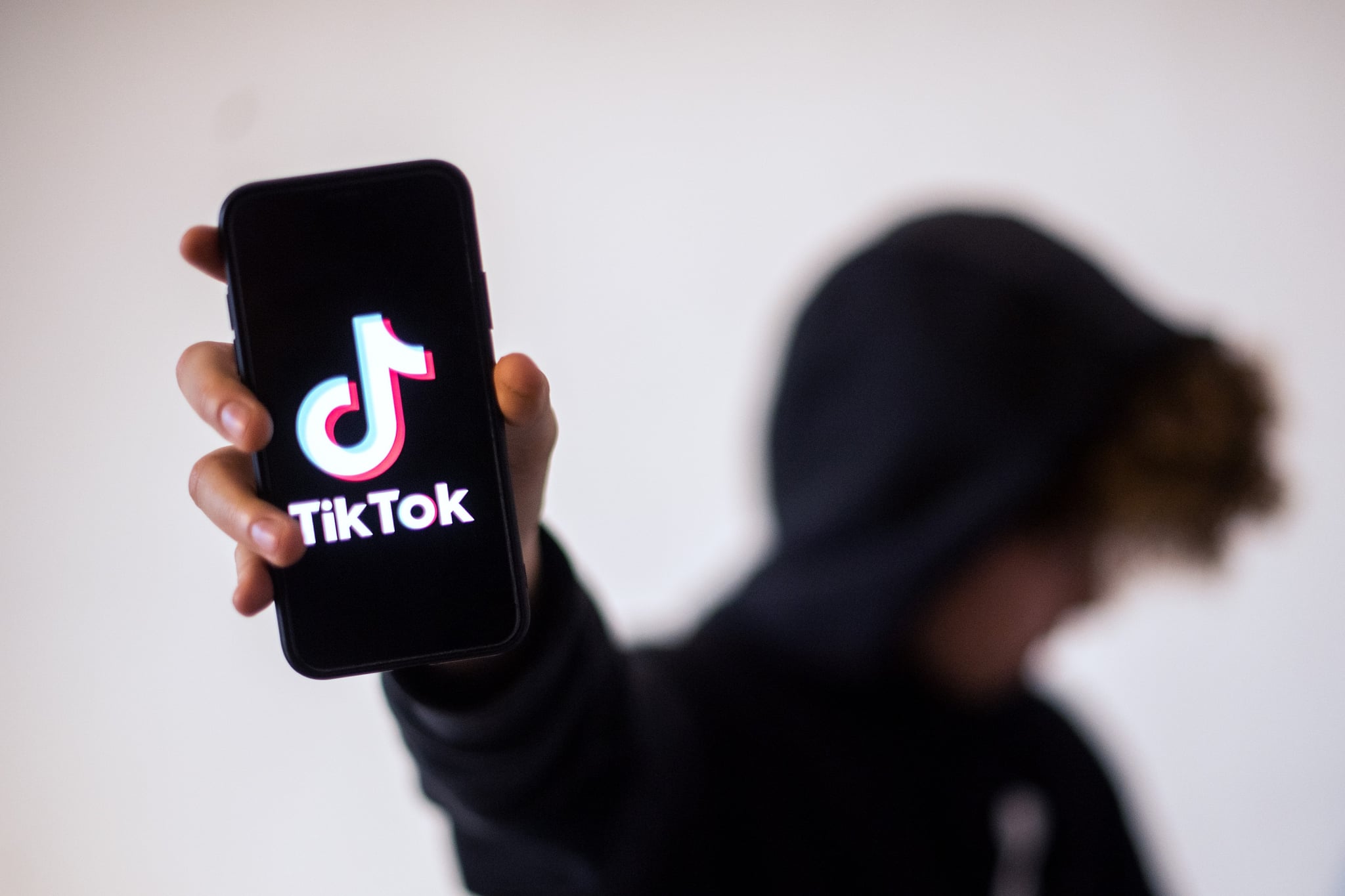 TikTok has exploded in popularity in recent months thanks to its quick recipes, fun dance challenges, decor inspiration, and more, but despite the positives, there's also one deeply disturbing thing that's running rampant on the app that needs to stop: digital Blackface. The use of Blackness in the form of images and AAVE (African American Vernacular English) is often seen as innocent and fun, but digital Blackface introduces age-old stereotypes to a new generation of digital natives, further contributing to the dehumanization of Black people for white consumption.

Digital Blackface is the term used to describe the phenomenon of non-Black people using Black people and culture as emotional reactions on social media. It perpetuates racism in nonchalant ways in the form of GIFs, emoji, stickers, and memes. On TikTok, digital Blackface has expanded to include quick 60-second videos featuring white people exaggerating stereotypes, gestures, and "blaccents" by way of jokes and skits for laughter or in mini lessons to solve math equations. These expressions can seem harmless in nature, but the co-opting of Blackness for profit is an example of modern-day minstrel shows, which were a form of American entertainment in which white performers donned literal Blackface to perform dance and musical skits for all-white audiences.

Gaining popularity in the 19th century, minstrel shows portrayed Black people as dumb, lazy, or happy-go-lucky caricatures, which heavily contributed to how white people perceived Black people within society. Digital Blackface continues this tradition on TikTok, as the content is performed exclusively by white creators that consistently perpetuate stereotypes. An example of this would be of the "sassy" or "loud" Black woman, a reinforcement of a widely held stereotype within everyday life.

In the summer of 2020, TikTok came under fire for suppressing Black voices after George Floyd was murdered and the Black Lives Matter movement began to grow on social media. Black creators found that videos under the hashtags #BlackLivesMatter and #GeorgeFloyd had zero views despite being recorded to have over one billion amid the protests. Once TikTok fixed their supposed glitch, the app released a diversity and inclusion statement, similar to other tech companies following the unrest.

Despite this token effort, TikTok as a platform continues to uplift white creators over Black creators and other creators of color, with white creators largely profiting off of Black culture. Similar to society, TikTok upholds the same power structure of centering whiteness at the expense of Black identity. This is especially dangerous when people who aren't in proximity to Black people are informed about them through these stereotypes. Time and time again, systemic racism prevails at the nexus where Black culture is appropriated and co-opted by white creators for the purpose of entertainment.

Related:
My Therapy Is Our Black Group Chat

"Digital Blackface seems like no big deal, but it's no small thing; it has grave consequences over time," Brooklyne Gipson, PhD, an assistant professor of communication at the University of Illinois, told POPSUGAR. "It's one of those insidious problems. On the surface it seems like 'just a joke,' however, most of the people who are partaking in it don't know what Blackface was or is, and so they don't realize that the first step in oppressing someone is denying the full complexity of their humanity. Black folks are the ones who suffer at the expense of this ignorance."

Now that TikTok is aware of the problematic issue of digital Blackface, I believe it can take measures to address it, including intervention and education. "There are some things the platform could do to intervene, such as banning certain memes or certain types of behavior or content on their platform," Dr. Gipson said. Implementing those changes would be a great first step to curbing this issue, but ultimately the onus is on the content creators who choose to act out these harmful stereotypes. Social media is our digital footprint, and creators will have to decide if they want their online presence to be one that contributes to the reinforcement of racism.

With over 200 million users and counting, TikTok's popularity continues to grow as do its Blackface performances. TikTok, as a social media platform, cannot divorce itself from the insidious racism that is perpetuated by its users. The future actions the platform chooses to take will dictate how we will remember the digital era, how we learn about each other, and how we choose to preserve or do away with the legacy of digital Blackface.