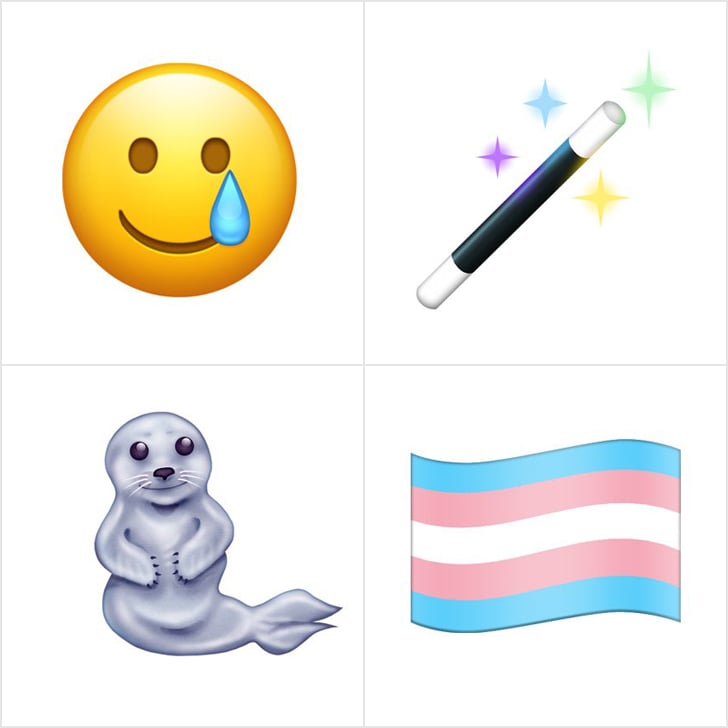 Just when we thought there were no more animals or objects left, Unicode upped their game in 2020 and gave us more 100+ new emoji. The release includes a smiling face with a tear, two people hugging, and the already popular pinched fingers emoji, colloquially referred to as an "Italian hand gesture." In the animal kingdom, a black cat, beaver, seal, and a few different insects are getting their representation. For foodies, there's an olive, tamale, and flatbread emoji, but we have a feeling the shady teapot will get a lot of action.

In its continued push for gender inclusivity, Unicode also released a woman in a tuxedo, a man in a veil, a man feeding a baby, and gender-neutral options for each. There's also now a Mx Claus, a gender-inclusive alternative to the standard Santa Claus and Mrs. Claus. The Transgender Pride Flag is also a new addition. Get a closer look at each new 2020 emoji ahead.

Related:
Here's How to Customize App Icons on Your iPhone With iOS 14 — It Only Takes a Few Clicks!
Previous Next Start Slideshow