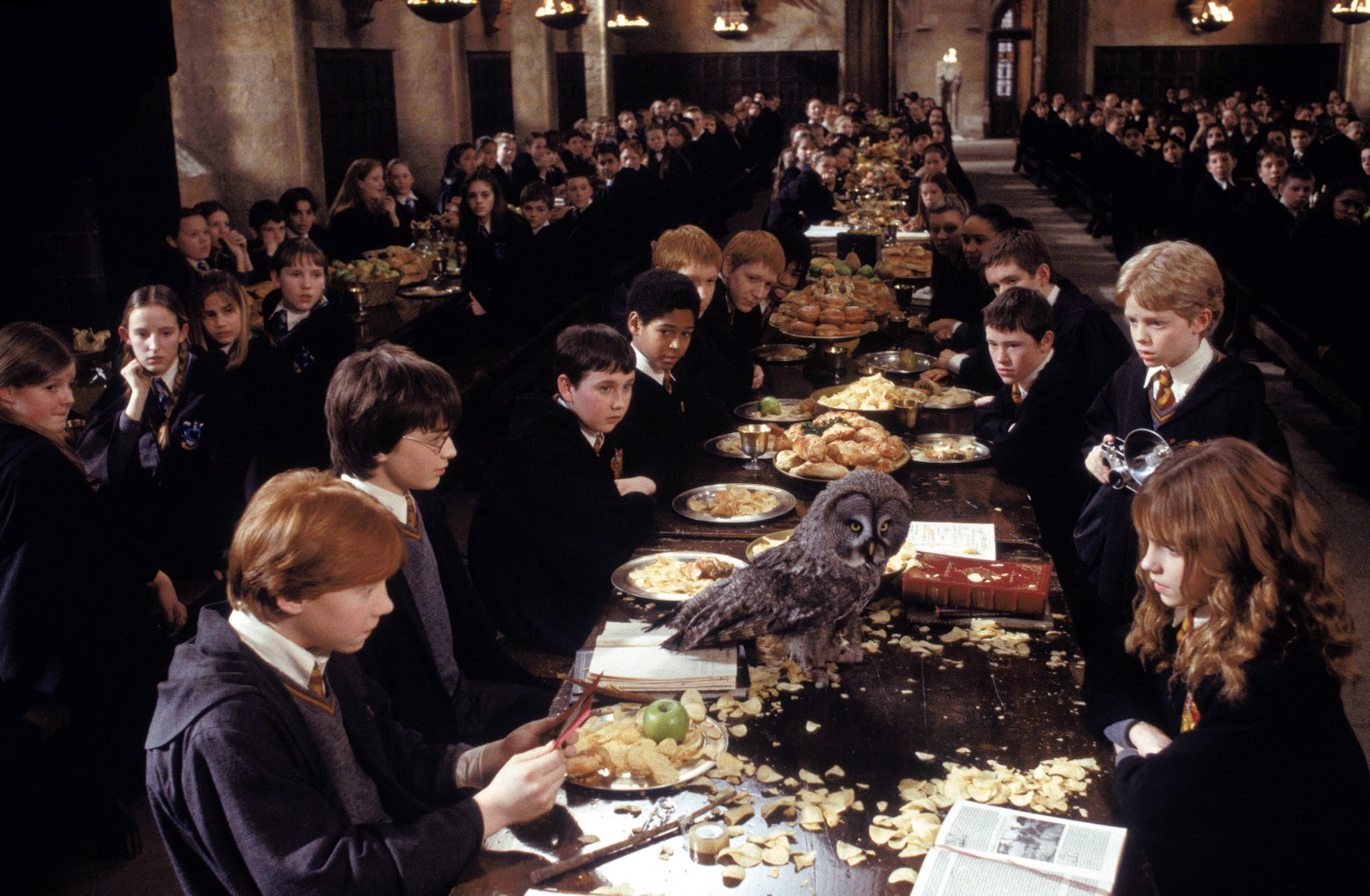 One of the most torturous parts of reading the Harry Potter series is J.K. Rowling's descriptions of the food Harry eats — from Mrs. Weasley's cooking at the Burrow to the sweets available at Honeydukes, we would gladly taste every single morsel of food (aside from the catering at Nearly Headless Nick's Death-Day party) mentioned in the series. Perhaps most tantalizing is the food at Hogwarts, the impressively decadent handiwork of house elves that appears in the Great Hall during mealtimes. But now, thanks to the Warner Bros. Studio Tour in London, you can dine in the Great Hall even without an acceptance letter!

For two special days in August, guests can enjoy breakfast Hogwarts-style — and the experience sounds heavenly. Here's WB's description of the Breakfast at Hogwarts event:

"Harry Potter fans of all ages are invited to watch dawn break over the Hogwarts castle model while enjoying an exclusive breakfast reception. The iconic castle took a team of 40 people seven months to build from scratch with over 300 fibre optic lights installed to simulate lanterns and torches.

After breakfast, you will be given early access to the Studio Tour where the Great Hall will be specially dressed for breakfast as it was in the magical film series right down to the boxes of Pixie Puffs and Cheeri Owls on the trestle tables. Staff members dressed in full Hogwarts' uniforms will join you in the Great Hall for a complimentary souvenir photograph at the breakfast table."

If you're willing to shell out approximately $123 USD for a ticket to the breakfast event, you can experience life in Harry's shoes (or at least from his dining table) for a day. Considering the menu (found here), cool photo opportunities, and the magical experience of eating in Hogwarts, it definitely sounds worthwhile! Prospective attendees must act fast, because this special event is only available on August 21 and 28.

Now, excuse us while we prepare our Hogwarts robes — they have billowy fabric that allows for optimum stomach expansion during meals — because we're ready to tuck in to this delicious culinary experience!

You Can Eat Breakfast at Hogwarts, So Everything Is Beautiful and Nothing Hurts  originally posted on POPSUGAR Smart Living
Harry PotterTravel InspirationTravel
Around The Web