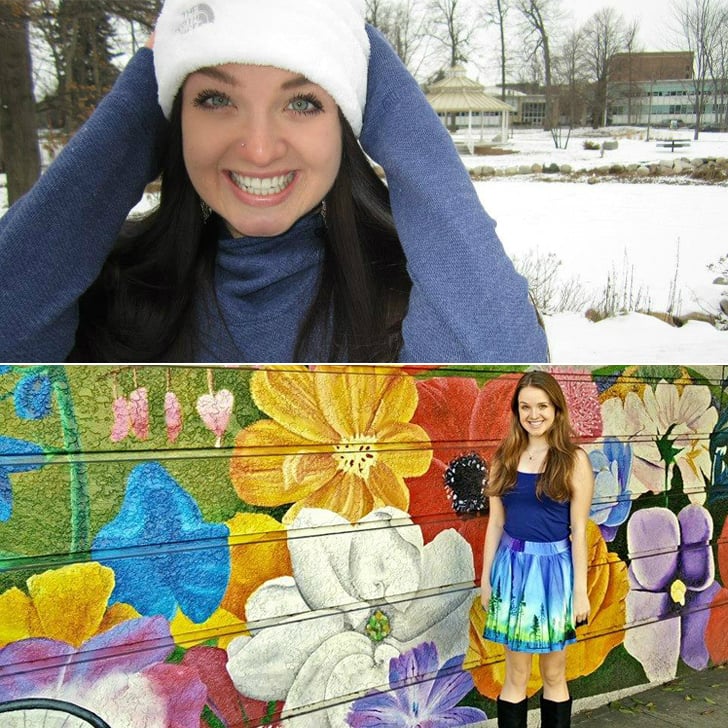 Last week, I did something big. Huge, in fact.

I moved from a relatively small college town in the Midwest (read: 26,000 residents) to San Francisco — which is composed of nearly a million.

This month alone, I graduated from college. I went back to my hometown for just two weeks, packed a couple suitcases, hopped on a plane, and nestled myself into a small studio apartment with my boyfriend (who had already been living here) in downtown San Francisco. The next week, I began a full-time job with — you guessed it — POPSUGAR! So. Much. Change.

Though it's only been about a week and a half since I moved, I do miss home. I miss my dog, my mom's cooking, green grass, and driving a car. However (and this is a big "however"), there are some seriously awesome perks about the West Coast — perks native Midwesterners like me are vastly unfamiliar with. In fact, I'm pretty sure that in another month or two, I'll never want to leave. Here's why.

I put this one first because FOOD: hell, yes. There's so much food here! Literally, everywhere you turn there's some sort of cafe or diner or small grocery. Food is one of the main loves of my life. #NoShame

Usually, one would not view this as a perk. But really, if you think about it, it's kind of awesome. Almost everything's within walking distance, so logically, I walk just about everywhere. It's exercise without the hassle of maintaining an expensive gym membership. Yay!

3. All the public transit.

And if you don't like walking, don't fret! There's SO much public transit, it's kind of insane. You have BART (the subway), shuttle buses, cable cars, trains, and probably more that I don't even know about yet. Public transit is not that expensive, and it's a great alternative to walking.

I haven't actually been to the Pacific yet, but I'm totally going to because OCEAN! Super epic for Midwesterners like myself. Plus, my postocean hair has a really cool texture.

I totally, totally admire the diversity here. San Francisco has a wide range of nonboring people, and I can't wait to meet them!

"Happy," "relaxed," and "comfortable" is how I would describe office culture here. Itchy pantsuits are weird 9-to-5 wear; jeans, cute ankle boots, and patterned tops are more like it. From what I hear, casual workwear is common across the West Coast. Hey, I'll take it any day.

OK, so it's not exactly hot here right now, (like, upper 50s/low 60s), but it's generally mild year-round. Summers get up to 75; Autumns reach 80 (hooray for an extended Indian Summer in San Francisco!); Winters average 40s and low 50s (which is amazing for a native northerner); Springs are in the 60s and 70s. There's about a 40-degree range here, compared to a 100-ish range in Michigan. So much love.

Last but not least, there are some major retail therapy opportunities here. And there aren't just high-end stores: there's a slew of regular brands for we regular folk as well (H&M, Forever 21, Target, etc.). So if I miss home again in the near future, I may just mosey on over to the mall (which is down the road from me, by the way).

Acne
After a Decade of Agonizing Over My Bacne, I'm Finally Learning to Accept the Skin I'm In
by Krista Jones 1 day ago

Acne
I Stopped Wearing Makeup While Sheltering in Place, but My Breakouts Only Got Worse
by Samantha Sasso 1 day ago

Acne
I've Tried $673 Worth of Acne Products, and Here's What Finally Worked
by Samantha Sasso 1 day ago