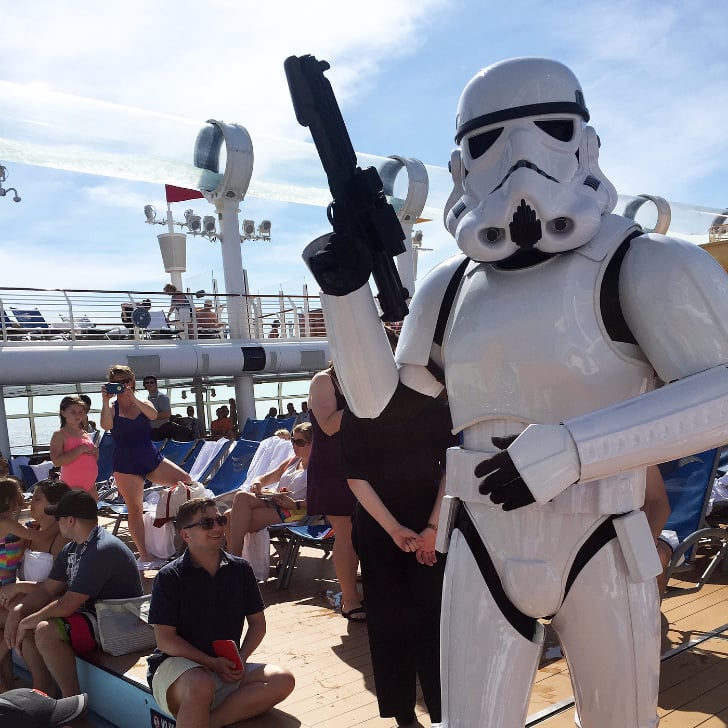 The Force at sea will see another year. Good news for Star Wars fans who missed Disney's formerly once-in-a-lifetime Star Wars Day at Sea: they've added more dates in 2017! For those unfamiliar, Disney Fantasy cruises chartered through the Caribbean celebrate the legendary series for one day during the trip. In 2016, there are eight opportunities to catch Star Wars Day at Sea — in 2017, Disney is offering 15!

We were lucky enough to attend the first Star Wars Day at Sea, and let us tell you — it's an experience you will remember for the rest of your life. Of course you expect character appearances and screenings of all the movies, but you'll be treated to so much more (seriously, there are Star Wars-themed meals). Did we mention there's a party with fireworks? If you're not sold, check out our snaps from the maiden voyage. We're guessing they will compel you to book a ticket, stat.

Beauty Trends
Oh, Boy — These Mickey Mouse Tattoos Are Making Us Want to Join the Clubhouse
by Danielle Jackson 15 hours ago

Movies
Waiting For Promising Young Woman to Be Available Via Streaming Site? It'll Be a While
by Amanda Prahl 16 hours ago