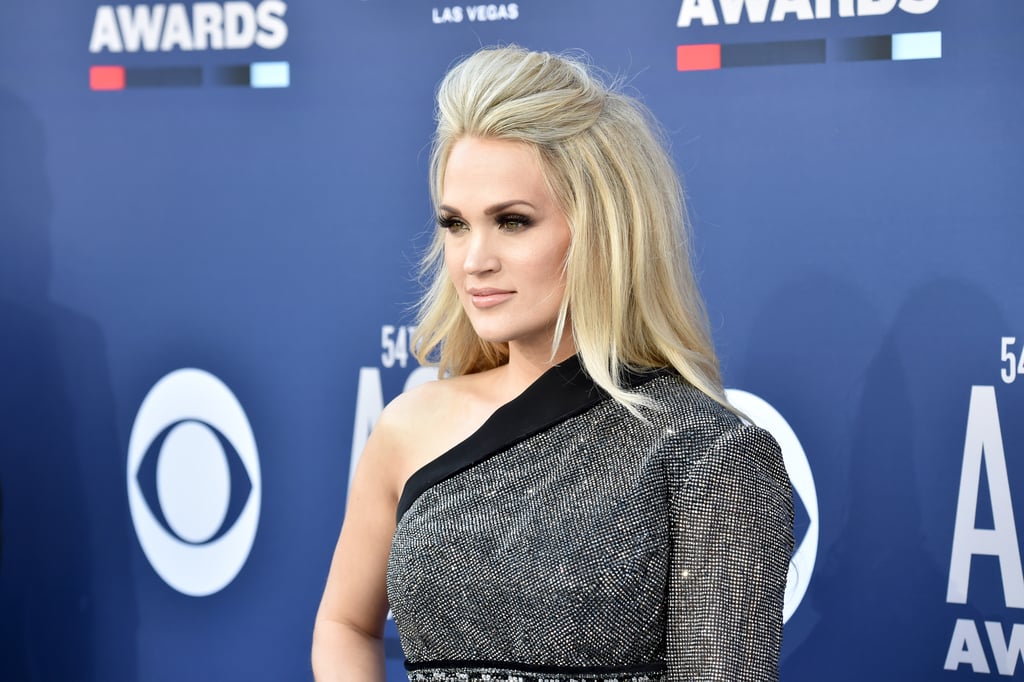 Update: A representative from Carrie Underwood's PR team clarified that she did not get the word "faith" tattooed on her finger, and the person tagged in the tattoo artist's photo is not her. Underwood currently has two tattoos.

Original story: Carrie Underwood's new tattoo may be tiny, but its meaning is significant. The singer recently got the word "faith" tattooed on the inside of her finger, according to a photo shared by celebrity tattoo artist Jonathan "JonBoy" Valena. While Underwood hasn't posted her own explanation of the tattoo yet, we all know she's been through a lot the past few years.

In addition to experiencing a "freak accident" in November 2017 that left her with 40 to 50 stitches in her face, Underwood suffered from three miscarriages in two years before giving birth to her second son, Jacob, in January this year. This is Underwood's first tattoo since her major accident, but it's her third overall.

JonBoy is a favorite tattoo artist among celebrities including Hailey Baldwin and Kylie Jenner, and he's known for creating teeny-tiny tattoos with impressive precision. It also makes sense that Underwood chose him for her "faith" tattoo, because that's a big part of the former youth pastor's practice. "I find myself sometimes waking up in the middle of the night and praying for my clients," JonBoy said in an interview with The Cut. He captioned the photo of Underwood's new ink, "Complete trust or confidence in someone or something #faith #jonboytattoo." See the first look at the powerful tattoo ahead.