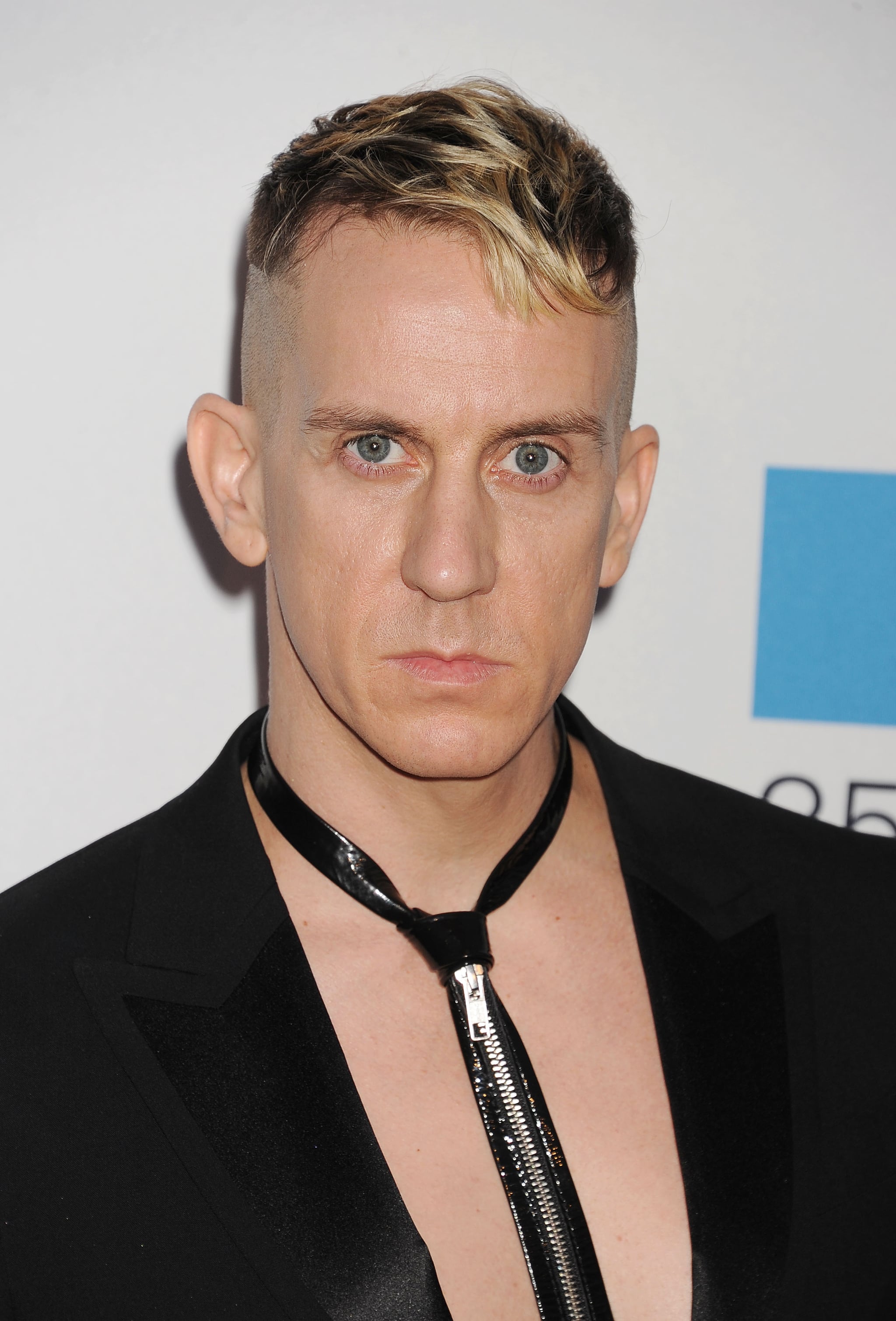 Last year, I was cleaning out my apartment and decided to get rid of my old CD player (remember those?!). So I put it out on the curb, as you do with trash in NYC. As I walked back up my stoop, I saw two preteens eyeing my loot. "What is that?" one asked. "I don't know," the other replied. "Looks like an old-timey microwave or something." Ah, youth.

So when I saw Jeremy Scott's mixtape-themed MAC Collection, which takes its inspiration from the now-vintage boombox and other musical accoutrements of (not-too-distant) yore, I freaked out. Like the rest of the world, I needed this limited-edition collab, which is in stores now, all up on my vanity. Of course, the product packaging won't actually work on a turntable, but what if there was a real-life Jeremy Scott mixtape? What artists would be on it? 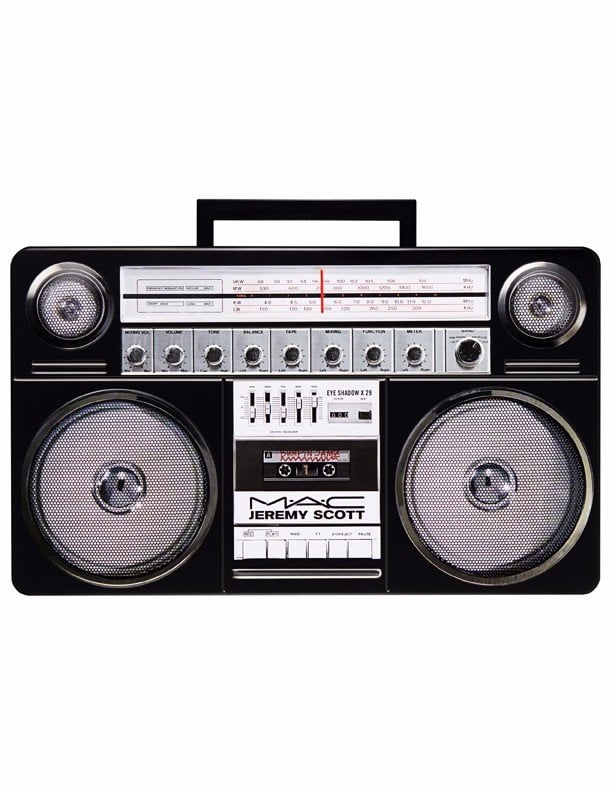 To find out, I spoke with the man himself at NYC's Soho MAC store. The designer, who's been dubbed "one of fashion's last rebels," is known for his playful, spunky, and girlie looks. He's dressed just about every female pop star who has rocked the biz during his 20-year career. Women like Madonna, Rihanna, Miley Cyrus, and now Cardi B all turn to Jeremy to get diva-fied.

So Jeremy says his mixtape would be a testament to those women. "I love a lot of girl pop," he confessed. "Gwen Stefani, especially in her 'Hollaback Girl' moment. Miley, Katy Perry, Rihanna, and now Cardi. Dolly Parton would have to go on there as well. I love when a female covers a male song." He cited the Destiny's Child cover of the Gibb brothers' "Emotion" as a favorite. 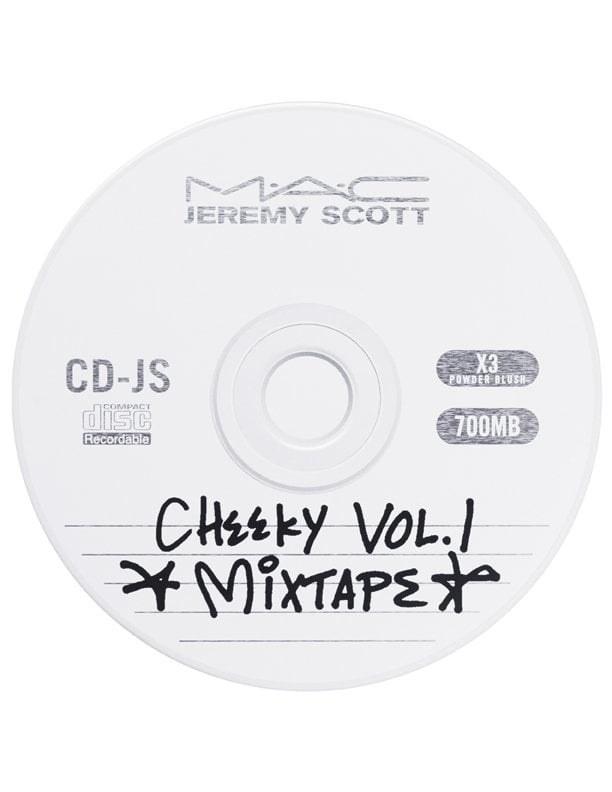 But most of all, Jeremy wanted make it clear that "Madonna would be on it, multiple times. She's been part of our cultural consciousness for so long." The Material Girl even got him through high school in "podunk" Kansas City, MO, where the designer grew up.

"It was before Glee, before gay marriage, before all of that stuff," he recalled. "I was just like, 'Oh wow, Madonna has these gay dancers on "Truth or Dare," and she loves them, and she's celebrating them.'" Even though Jeremy was mercilessly bullied throughout high school — "On the first day of school, I got chased through the hall by a skinhead who told me he was going to kill me" — he overcame those obstacles through his eclectic fashion taste.

"I don't hate anything people wear. If I don't like what someone is wearing, it just passes by. I think people should wear what they want."

"I would make my own outfits and put my things together and just act like I didn't see those people in the hallway," he said. "I think a lot of people thought I was snobby, but I was trying to protect myself." What would he go back and tell his preteen self if he could? "You really are going to be Madonna's friend," he laughed. "F*ck them; they're stupid."

But despite the expletive-laced mentality, Jeremy displays an almost zen-like amount of chill in his day-to-day life. He insists that he doesn't "hate" any fad or fashion. "I don't hate anything people wear. If I don't like what someone is wearing, it just passes by. I think people should wear what they want."

And that sentiment extends well beyond fashion: "I'm a vegetarian, but I don't think everyone should be a vegetarian. I'm very liberal that way: leave being me up to me and being you up to you. That's what makes this world exciting, different frequencies." 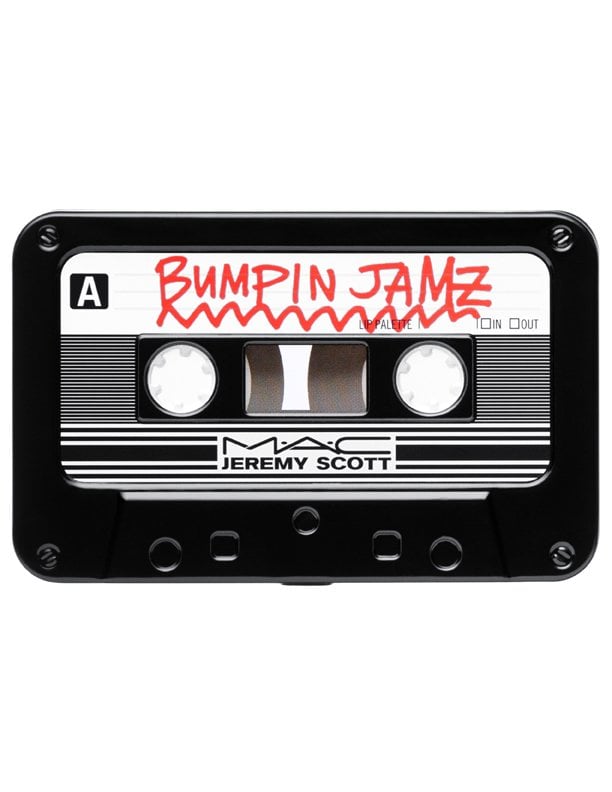 by Shelcy Joseph 18 minutes ago