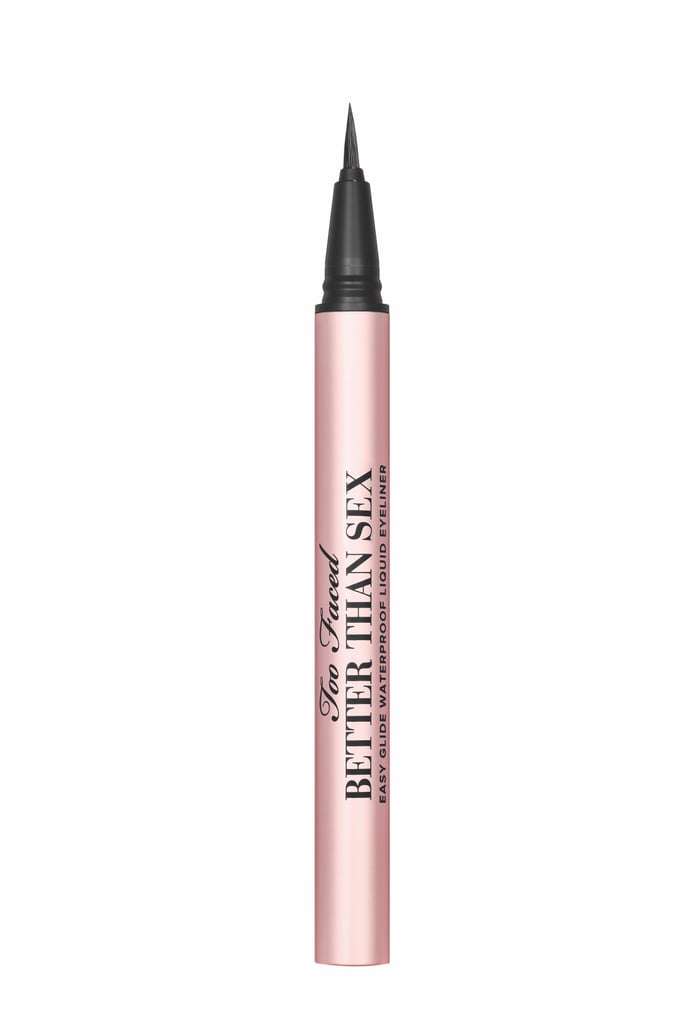 After the massive success of the Too Faced Better Than Sex Mascara ($24) — which sells once every 7.5 seconds and is the No. 1 selling prestige mascara in the US, according to the NPD Group — the brand has decided to expand its collection by introducing the Better Than Sex Eyeliner ($21). The new brush-tipped pen, which launches on the brand's website on March 17, dispenses an inky black liquid that Too Faced claims is waterproof, is flake-proof, and lasts for a full 24 hours.

We enlisted four POPSUGAR editors — of differing skill levels and tactics of finessing liquid eyeliner — to put it to the test. Here's what they really thought.