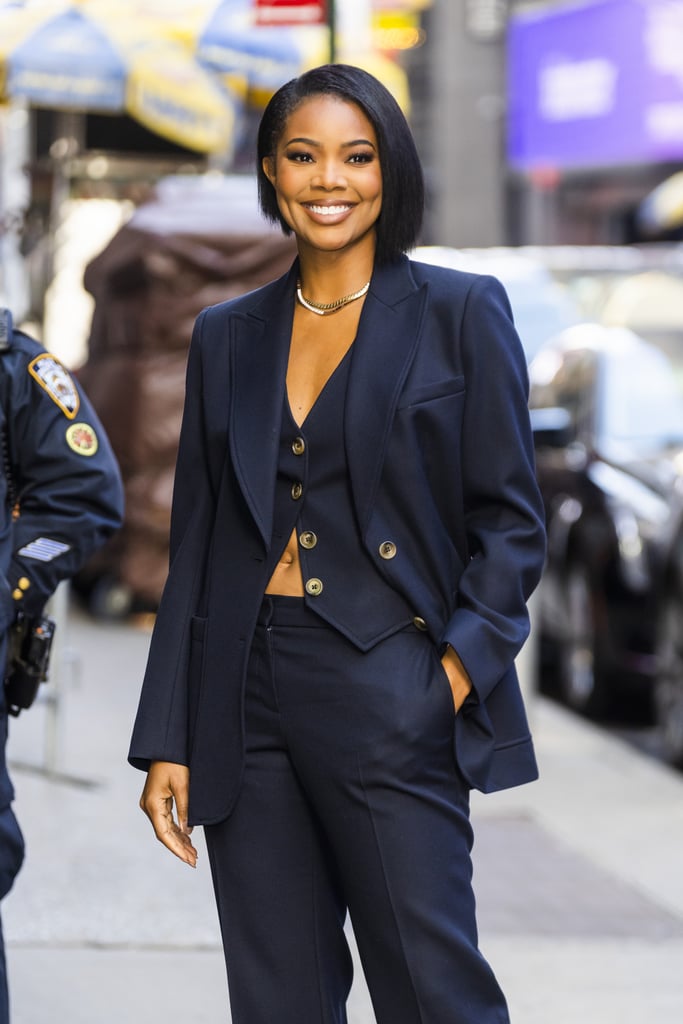 It Doesn't Get Much Sleeker Than Gabrielle Union's Asymmetrical Bob

No one does a bob haircut quite like Gabrielle Union. The actor, mom, and author traded in her long braids to resurrect the trendy asymmetrical bob that celebrities couldn't get enough of back in 2019, and damn, does she look good.

Union was spotted rocking the fresh cut on March 11 while arriving at "Good Morning America," where she sat down to discuss starring alongside Zach Braff in the "Cheaper by the Dozen" remake. Hairstylist Larry Sims styled her newly snipped hair, which is now shorter and choppy on one side and nearly grazing her shoulder on the other. He gave her a deep side part and used products from Union's hair-care brand, Flawless, to accomplish a sleek, almost glass-like appearance, which is a popular hair trend as of late.

Union has become the undisputed queen of short hairstyles through the years, rocking everything from a side-swept pixie and wavy lob to a middle-parted blunt bob and even a similar asymmetrical cut to the one she has now. Check out her latest hairstyle switch-up ahead, and then read up on the coolest haircuts that are trending for spring this year.

Related:
7 Haircut Trends That Will Rule Your 2022 Mood Board, According to the Pros
Previous Next Start Slideshow
Gabrielle UnionCelebrity HairCelebrity BeautyHairHaircutsBob