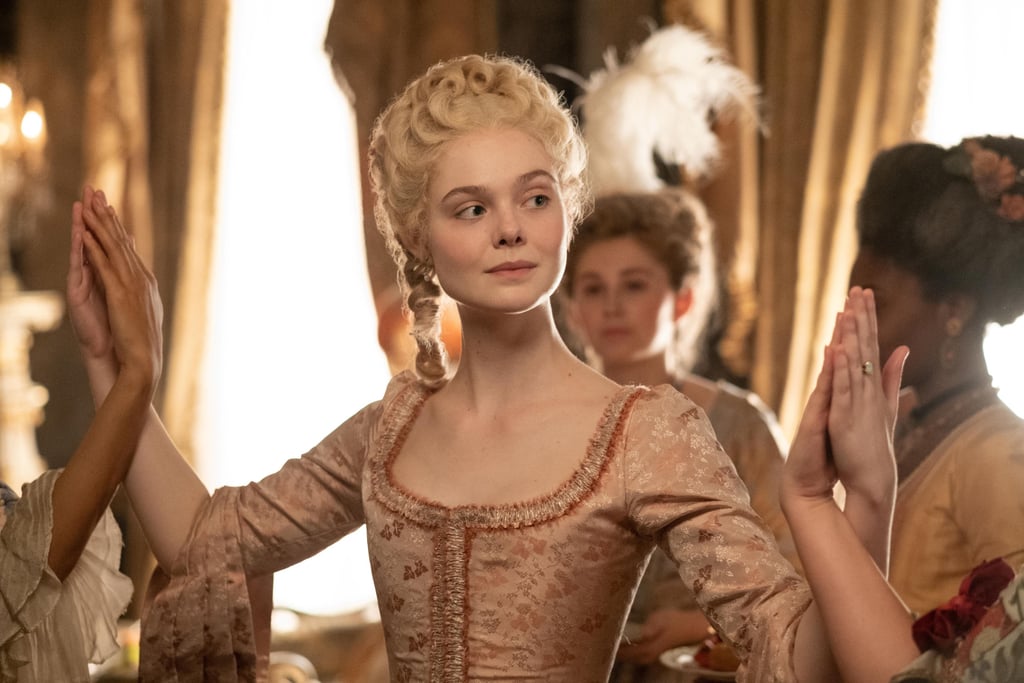 Hulu's new satirical series The Great is not your average period piece. The hit dramedy, set in 18th-century Russia, is loosely based on factual information surrounding Catherine the Great's rise to power — taking liberties in everything from the shoddy politics to the quips about sex with a horse to the hair. (Especially the hair.)

The show's head hairstylist, Louise Coles, told POPSUGAR that the team did a lot of research into the royal era — "looking at portraits, going to galleries, reading historical literature to find as much authentic imagery as possible" — then injected a bit of modern flair to each beauty look.

"Because you're obviously in a world that is very satirical and there's a lot of playing around with the facts, we were able to tailor each character in a way that wasn't completely defined by the historical research that we did," she said. "We were able to bring in some modern textures and slightly different shapes to the hair so that we could individualize each character and make them as rich as they're written. It was quite fun to not be completely chained to being historically accurate to their imagery at the time."

"It was quite fun to not be completely chained to being historically accurate to their imagery at the time."

Of course, the extravagant nature of the monarchy is well-documented, seeing people in and out of the court in lavish wigs and makeup. That much is true, and it's a reality Coles and the hair department came prepared to re-create. "Everyone on set wore a wig," she said. "Actually, in order to make the schedules work, everyone had more than one. Artistically, some of the ladies could afford to have more than one anyway, depending on what they wanted to do and how it went with their outfits, so they had two to three. Principal-wise, we must have had about 150 to 200 wigs. And then with crowd, we had about 300 if not more. I've never counted the exact number, but we think it was probably around 500 wigs in total that we had throughout the series, maybe more."

And that's not even the crowning glory of behind-the-scenes beauty secrets that went into making the Hulu's The Great, as Coles so delightfully demonstrates ahead — to which we say: huzzah, indeed.