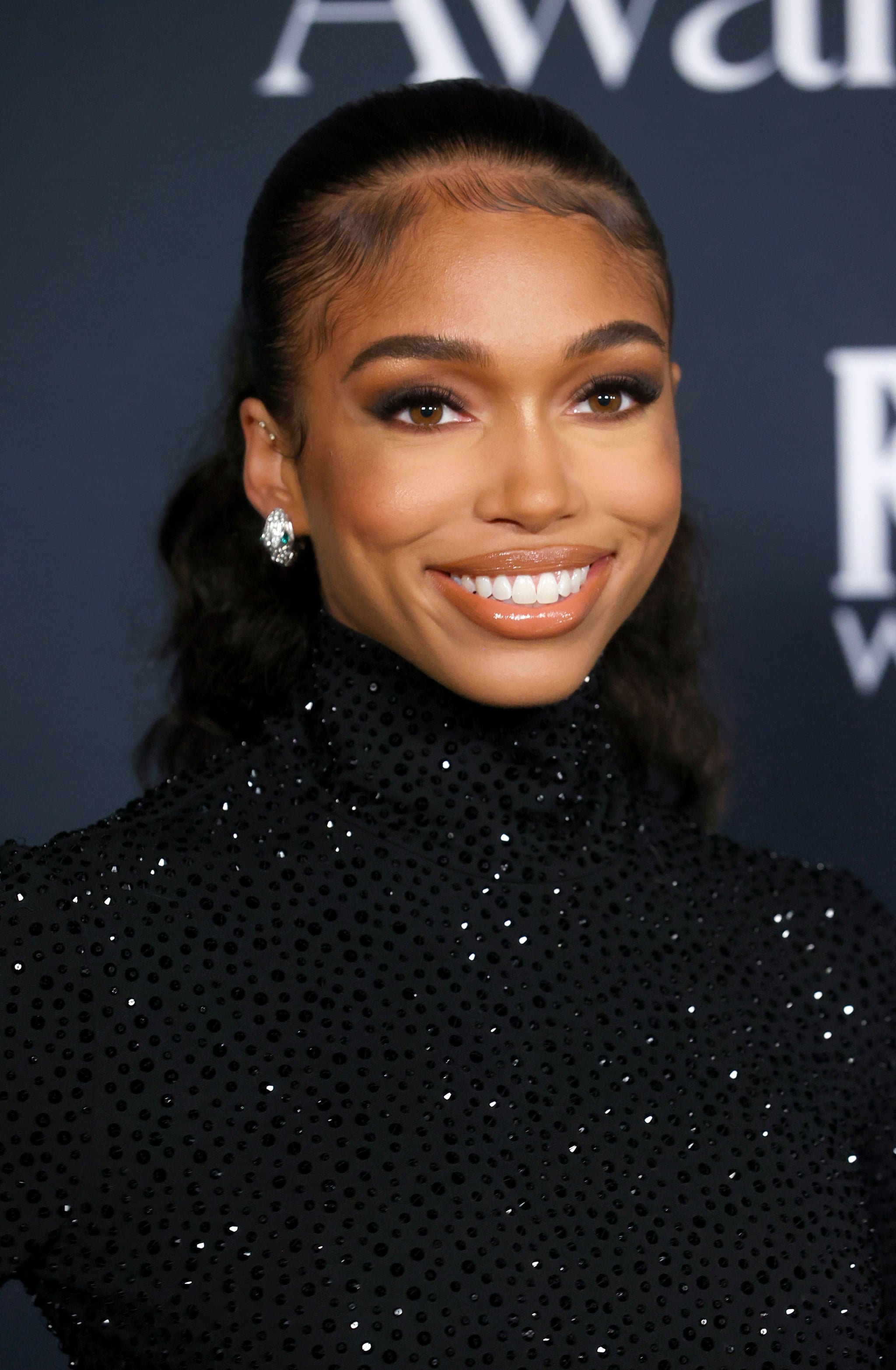 Lori Harvey has never been one to shy away from a head-turning beauty moment, but the model's latest haircut has to be one of our favorite looks yet. Over the weekend, Harvey's hairstylist Ray Christopher took to Instagram to unveil her latest look: a voluminous chin-length bob. Describing the look as a '90s supermodel cut, Christopher kept Harvey's hair its natural brunette color, allowing the cut to take center stage and adding loads of volume to her typically shoulder-length hair. The look achieves an understated glamour that was wildly popular in the '90s and that Harvey herself has mastered today.

Harvey, who turned 25 on Jan. 13, isn't the only one going short for winter. Hunter Schafer, Saweetie, and Ella Emhoff all debuted shorter haircuts this year. From shags to buzz cuts, and various styles of bangs, celebrities are bucking tradition and completely forgoing the longer hairstyles that we are used to seeing this season. And '90s trends are also picking up steam outside of Hollywood. Searches for french rolls and heart braids have skyrocketed over the last few weeks, and TikTok has been obsessed with '90s hair rollers. Even nail trends like the '90s "supermodel nail" are starting to pop back up on the red carpet.

Harvey has only strengthened the case for why short hair should be a winter staple. Take a closer look at the cut below.