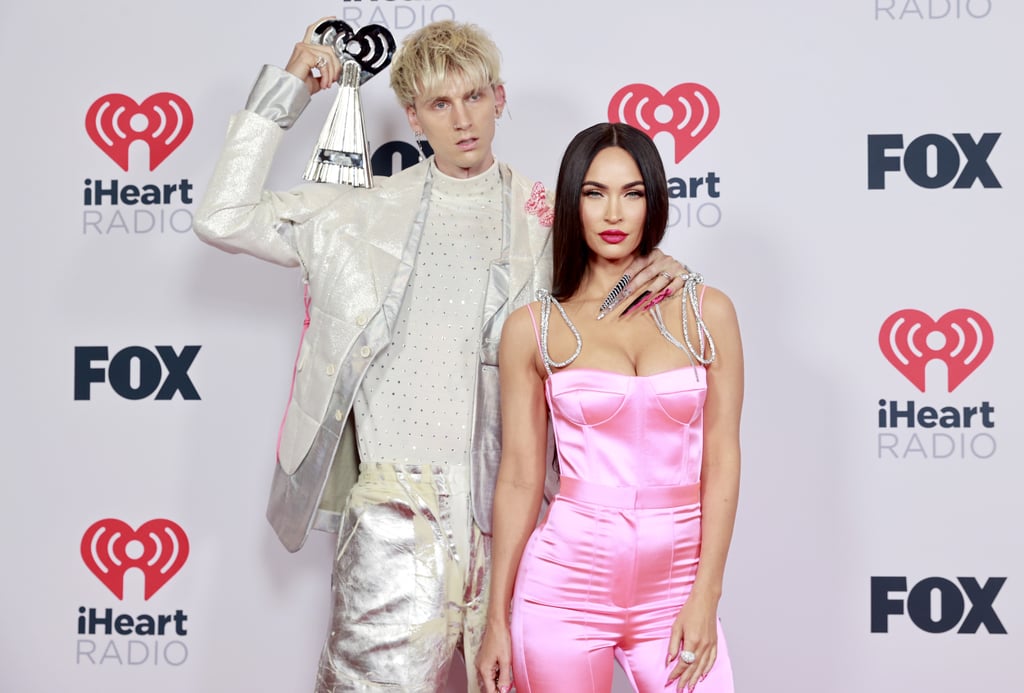 Machine Gun Kelly's Nails at the iHeartRadio Awards Are Over 3 Inches Long, and Wow

Machine Gun Kelly and Megan Fox are making a serious case for couples nail art this week. First, they showed up at the Billboard Music Awards on Sunday with matching black-and-white designs, but that was nothing compared to their manicures for the 2021 iHeartRadio Music Awards on Thursday. The couple went for a black-and-pink motif, and Kelly wore extra-long acrylics on one hand that measure three inches.

Celebrity manicurist Brittney Boyce created the nail art looks for Kelly and Fox using Smith & Cult nail polish. The inspiration for Kelly's look, specifically, was his alternative rock song of the year nomination, according to Boyce. To fit the vibe, the acrylics were accessorized with spikes, chains, and piercings, and included snakeskin print and silver-foil details.

Fox's nails, on the other hand, were inspired by Barbie, to match her baby-pink ensemble. Boyce used Smith & Cult Palace in Wonderland ($18), a glittery, metallic fuchsia-pink nail polish.

Get a closer look at Kelly and Fox's nails ahead.