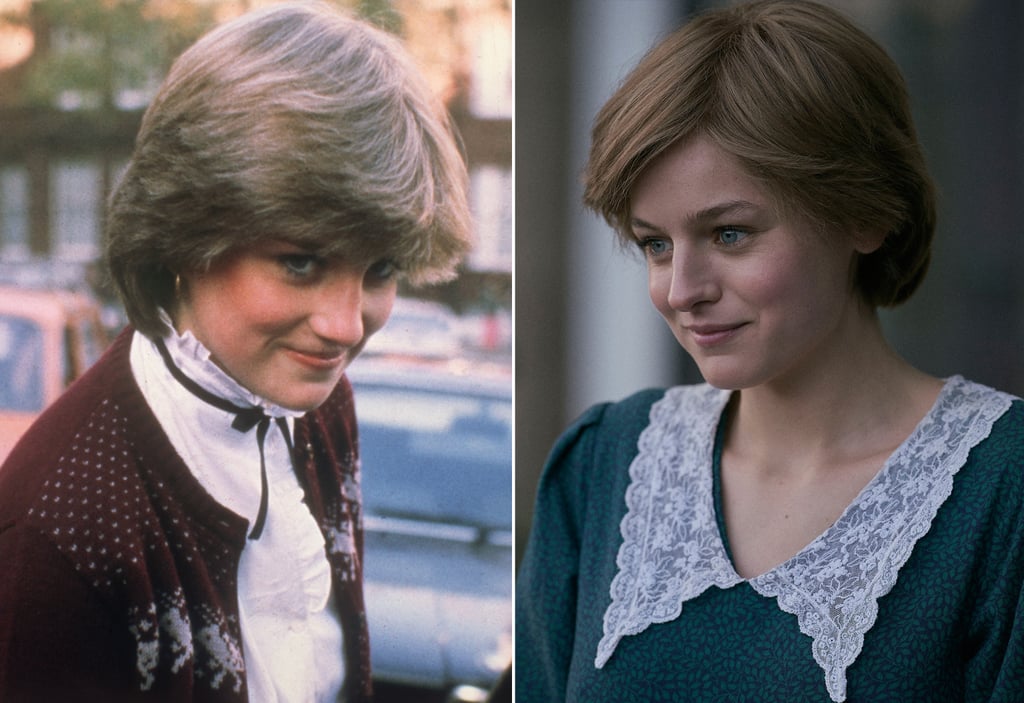 If there's one thing we love about The Crown (although there are many things we love about The Crown) it's how well the series matches the real people and events it follows. From the actors chosen, to the outfits recreated, to the hair and makeup choices made throughout the show, it can feel like actual footage of the royal family at times, rather than a Netflix original drama.

Season four of The Crown hits the streaming service this November, but from what we've seen from the trailer and snapshots of the new episodes, it's going to be another good one for royal beauty looks — and the recreations are spot-on. In this upcoming season, we'll be introduced to Emma Corrin as Princess Diana and see many of her iconic looks throughout her lifetime. And of course, we'll see more of our old favorites from season three — Olivia Colman as Queen Elizabeth II and Helena Bonham Carter as Princess Margaret.

Ahead, take a peek at the amazingly accurate beauty moments to come in season four of The Crown.