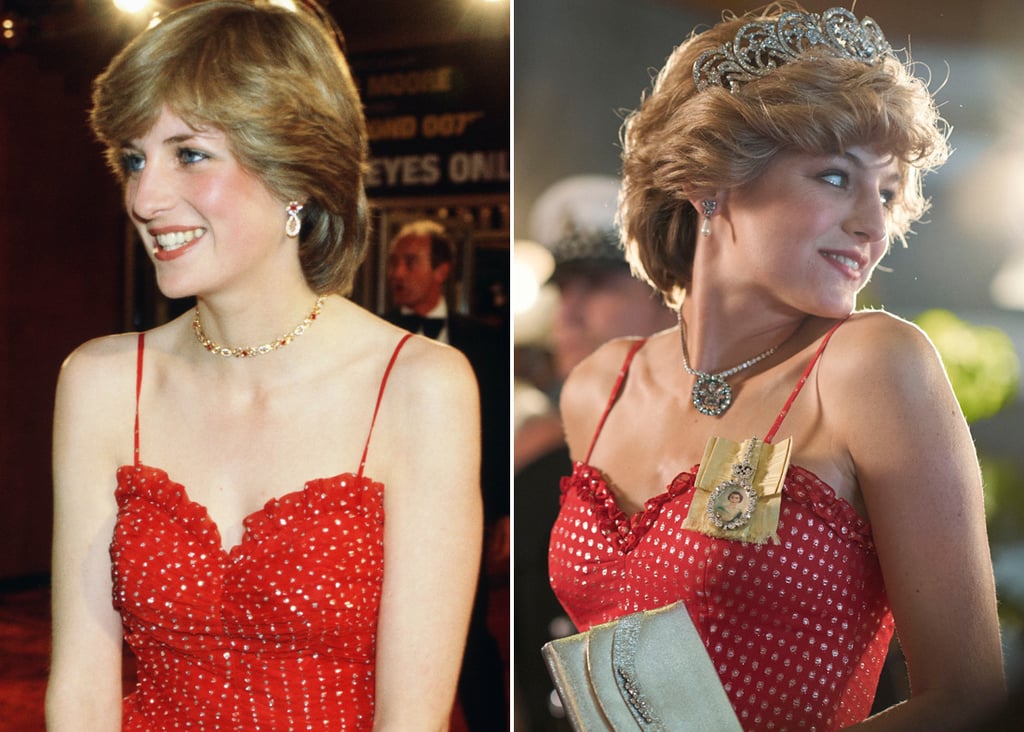 The Crown season four will include the introduction of Emma Corrin as Princess Diana, and it looks like they will be re-creating some of the royal's most memorable looks. In the trailer, we get a glimpse of Diana's iconic wedding dress designed by Elizabeth and David Emanuel, but Netflix recently shared a few more photos teasing what's to come. In addition to documenting Diana and Prince Charles's courtship and eventual marriage, it appears the new season will showcase some of their notable royal appearances, including their 1983 Australia tour with a young Prince William. Before the new season premieres on Nov. 15, see The Crown's costumes side by side with Diana's actual looks ahead.

Netflix
The "Freeridge" Cast Say "On My Block" Fans Won't Be Disappointed: "It's Honestly the Same"
by Noelle Devoe 45 minutes ago