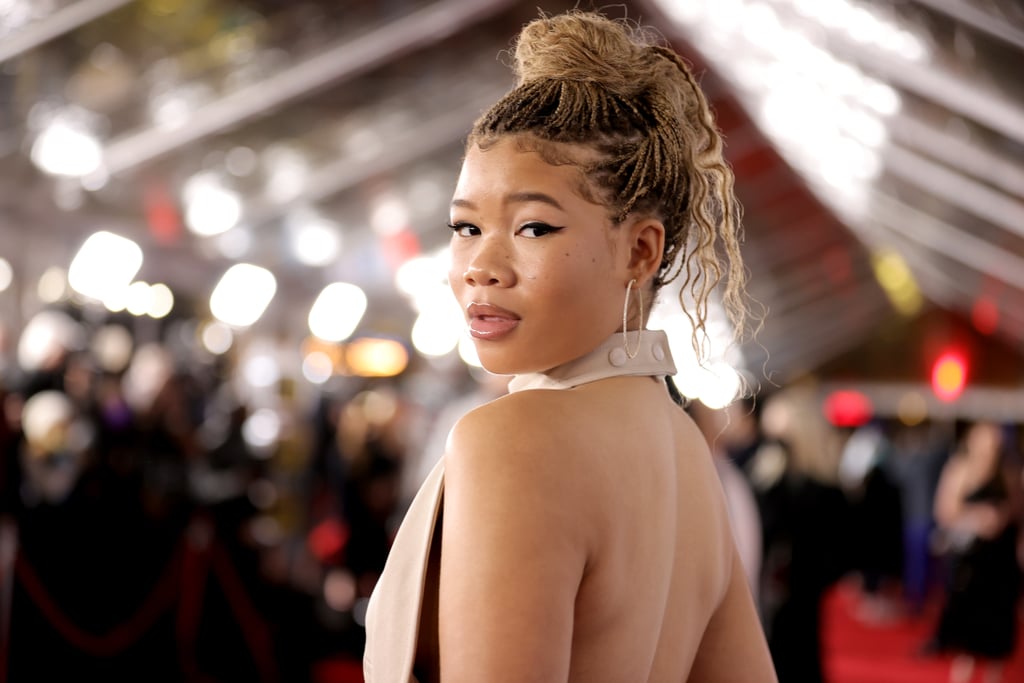 With so many hot beauty trends spotted on the red carpet, the Spider-Man: No Way Home premiere in Los Angeles on Dec. 13 looked more like a runway than a movie release. Zendaya pulled up with a "Pucci" french manicure and out-of-the-world graphic eyeliner, Tom Holland was rocking a tousled flow, and Storm Reid showed up wearing the ever-popular '90s "supermodel lip" makeup trend.

Celebrity makeup artist Pauly Blanch created Reid's makeup look for the event. He took the less is more approach with her glam and paired the brown lip liner with thick, black winged eyeliner and freckles. Blanch used an assortment of makeup products on Reid, including many items from the beloved drugstore brand Maybelline New York, of which Reid is a global spokesperson. By the looks of the behind-the-scenes photo Blanch posted on his Instagram Story of the makeup setup, he used the new Volum' Express Colossal Curl Bounce Mascara ($10) in the finished look.

Reid isn't the first (or second, or even third) celebrity to rock the '90s-inspired brown lip liner trend this year. It's been a go-to look for many red carpet events over the last year, particularly at the 2021 Grammy Awards. "The late-'90s version was almost a dark ring of liner without blending, where the lip liner almost looked like a ring around the upper and lower lips," celebrity makeup artist Robert Sesnek previously told POPSUGAR. "The best way to update this trend is better blending and diffusing of the deeper liner shade into the lip color."

Get a closer look at Reid's nostalgic makeup look ahead.