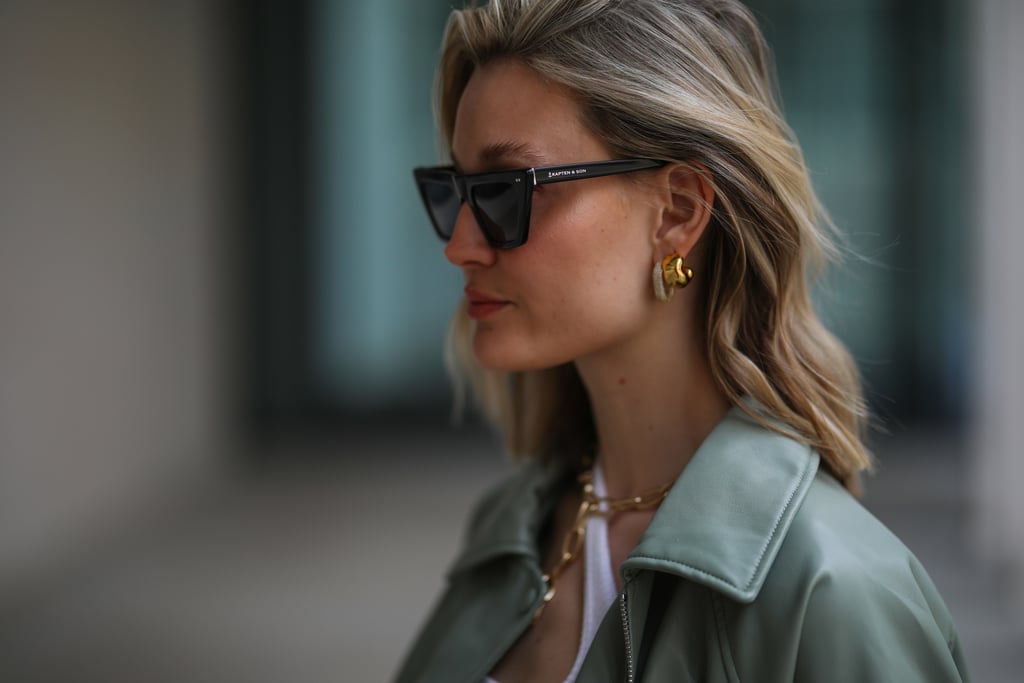 Everything you thought you knew about perms: lock that away in a 1982 time capsule and give the key to your nearest keeper. The latest version to sweep salons is infinitely cooler, and requires a lot less upkeep. It's called the "texture wave" — and it's about to have you asking your stylist for a hair perm this season.

ICYMI, there are varying levels of the permanent curls (aka perm) treatment, many of which have gotten a major upgrade in terms of technology and techniques since the '80s. This one gives you effortless, beachy texture with loads of movement but minimal effort.

"A texture wave perm is a type of cold perm, which is the most common type," Devin Toth, hairstylist at Salon SCK, told POPSUGAR. "They are alkaline based — as opposed to acidic — and don't require any heat throughout the perming process. The texture perm adds soft waves to the hair and is perfect for the carefree summer months because the season's hairstyles have and always will be centered around natural-looking beach waves."

Another benefit? "It will add extra bounce and hold for anyone who round-brushes or curls their hair because the starting point of the style is curly instead of limp and flat."

The type of wave perm you can get depends largely on the options your salon offers — Goldwell, for example, just launched its Nuwave Treatment, a semi-permanent shape-change service with "technology that acts like a snap bracelet for your hair," said celebrity hairstylist Harry Josh — but you can opt for loose or tight curls depending on the type of rod used. As always, talk with your stylist to determine which is best for your individual hair type and goals.

As for who can get it, Toth assures that just about every hair texture can benefit — although even more so for people with fine hair, "because [this perm] adds volume, oomph, thickness and wave to a style," he said — and will take two to three hours at the salon to do. Then, the aftercare post-perm is key. (Cue the Legally Blonde trivia.)

"A wave perm is not a miracle-maker, but it can be a game changer if you're willing to learn, practice, and try something new."

"All of the curly-hair rules and recommendations apply once you have chemically curled hair: condition it a ton, don't use too much heat styling, don't bleach and dry it out with highlights, use a gentle curly shampoo that is sulfate free, and use a satin or silk pillowcase," said Toth. "The number one rule is to condition. Use hair masks, nighttime serums, strong leave-in conditioners on your ends — all of the above."

The results, in most cases, is easier-to-work-with curls that look like they came straight from the beach and can last for up to six months. Still, that doesn't mean there's absolutely zero styling needed post-perm — you'll still need products to zhuzh or define the look.

To put it simply: "Before changing your hair's natural texture, just remember that every single style requires some degree of effort, trial and error, and finessing," said Toth. "A wave perm is not a miracle-maker, but it can be a game changer if you're willing to learn, practice, and try something new."

Hair
What to Know About Removing Sideburns, According to a Dermatologist
by Danielle Jackson 13 hours ago