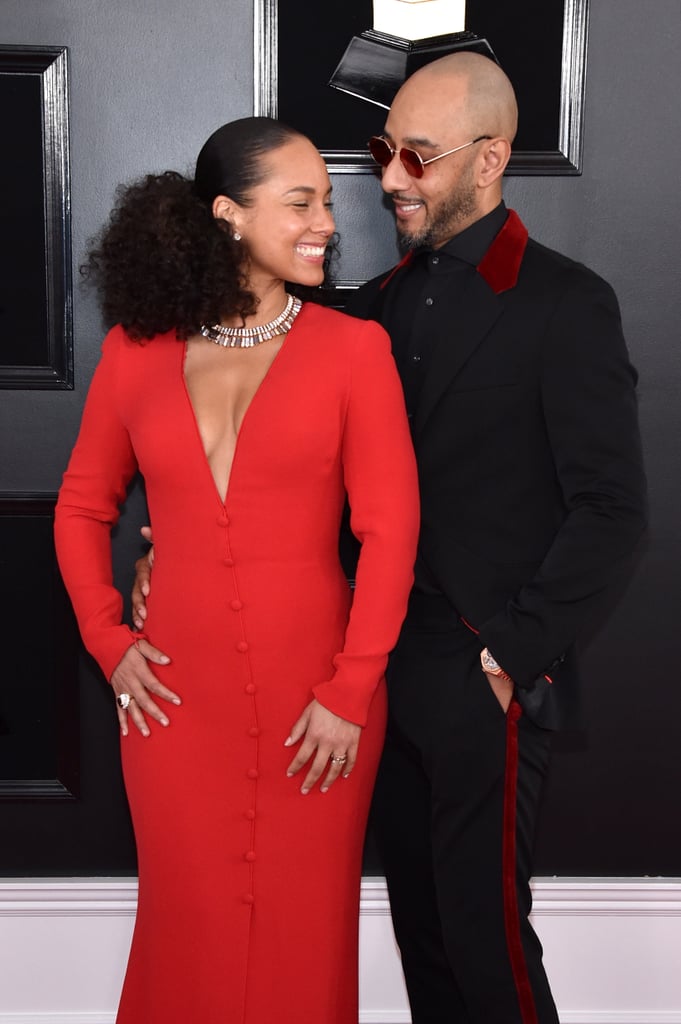 Alicia Keys's night at the 61st annual Grammys kicked off on a major high note. The 38-year-old singer and musician showed up to the red carpet looking fresh-faced and fiery in a bright, low-cut red gown complete with a silver necklace. She was accompanied by her husband of eight years, producer Swizz Beatz. The two posed on the red carpet together and even gave each other a cute smooch as cameras flashed.

Alicia — who has an impressive Grammys track record — took on the task of hosting the show and definitely brought the energy. In the days leading up to the Grammys, she prepared for her big night with talk show host James Corden when they performed a remix to Lady Gaga and Bradley Cooper's nominated song "Shallow." And it seemed to help her get into the zone. She started the show by bringing a majorly powerful female squad on stage: Lady Gaga, Jada Pinkett Smith, Jennifer Lopez, and Michelle Obama! Later on, she wowed the crowd with a performance of her own in which she sang and played not one, but two pianos (casual).

View photos of her big night ahead!

Maitreyi Ramakrishnan
Are the Cast of "Never Have I Ever" Single or Taken? Let's Find Out!
by Pallavi Bhadu 16 hours ago