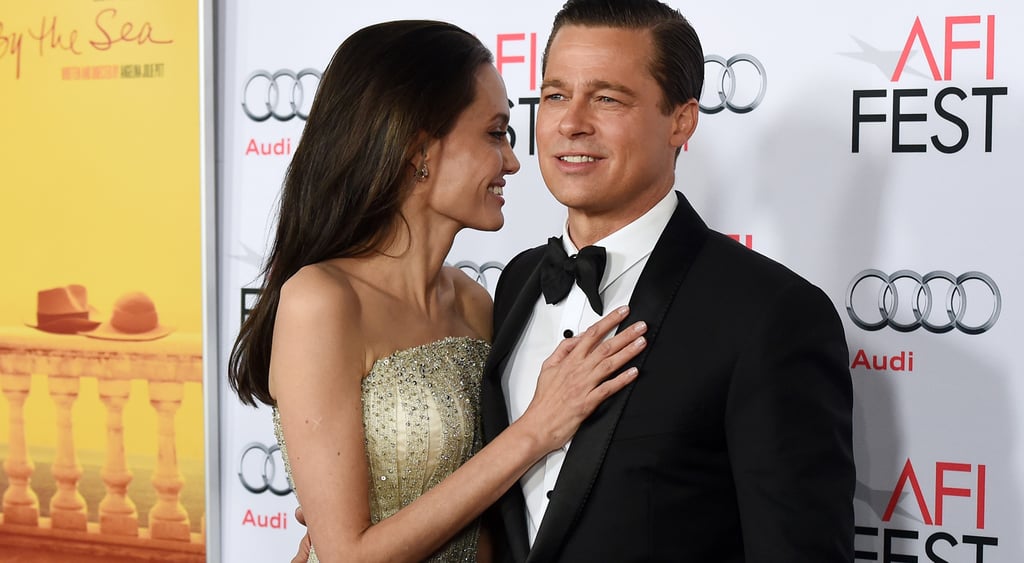 Brad Pitt and Angelina Jolie might look like they have the perfect marriage, but they have their ups and downs just like everyone else. In a new interview, Angelina opened up about the relationship struggles she and Brad face and how they factored into their newest film together, By the Sea.

"Brad and I have problems like any other couple. We have days when we drive each other absolutely mad, but the problems in the movie aren't our specific problems. When we first worked together, it was very different because we didn't really know each other and we were young, and it was really a fun film. So, we thought maybe By the Sea was going to be that kind of fun, but realized very quickly that it wasn't. So it was challenging [this time], but we made a private pact that we were going to try to be as open and honest and emotive as possible and give to each other as much as we could and, succeed or fail, we would just lay it bare."

This isn't the first time the Hollywood power couple have spoken about working together. Recently, they showed unwavering support for each other during a rare joint interview, and Brad spoke to V magazine about having Angelina in the director's chair. Gear up for their dark new film on Friday, Nov. 13, and check out their cutest moments over the years.

Celebrity Couples
Turns Out Saweetie's Love Language Involves Chicken, and We Have Never Related More
by Victoria Messina 1 day ago

The Bachelorette
Clare Crawley Speaks Out After Dale Moss Breakup: "I Am Crushed"
by Yerin Kim 4 days ago