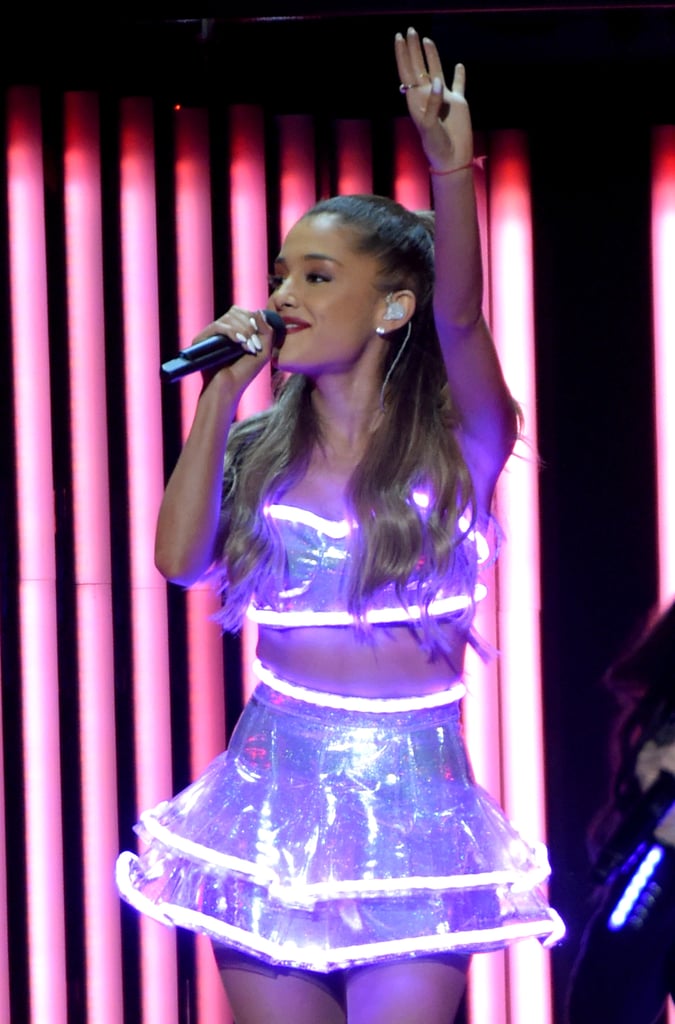 Ariana Grande Didn't Even Attempt to Go Country at the CMAs

Ariana Grande may as well have been at the MTV VMAs, or even one of her own concerts, when she performed at the CMA Awards on Wednesday night. After the band Little Big Town sang their hit "Day Drinking," the pint-sized songstress popped up and began belting out her verse from "Bang Bang," which she's featured on along with Jessie J and Nicki Minaj. She sounded and looked great — she sported a space-age skirt and crop top with glow-in-the-dark piping and her signature high ponytail — but with the exception of a few carefully placed country singers singing on stage with her, Ariana's presence seemed a bit out of place. The CMAs are known for bringing a few noncountry stars on board for duets and medleys, but Ariana didn't even try to go country, which just made for a bizarre viewing experience. What did you think of Ariana Grande at the CMA Awards? Keep reading to see photos and watch the performance now.