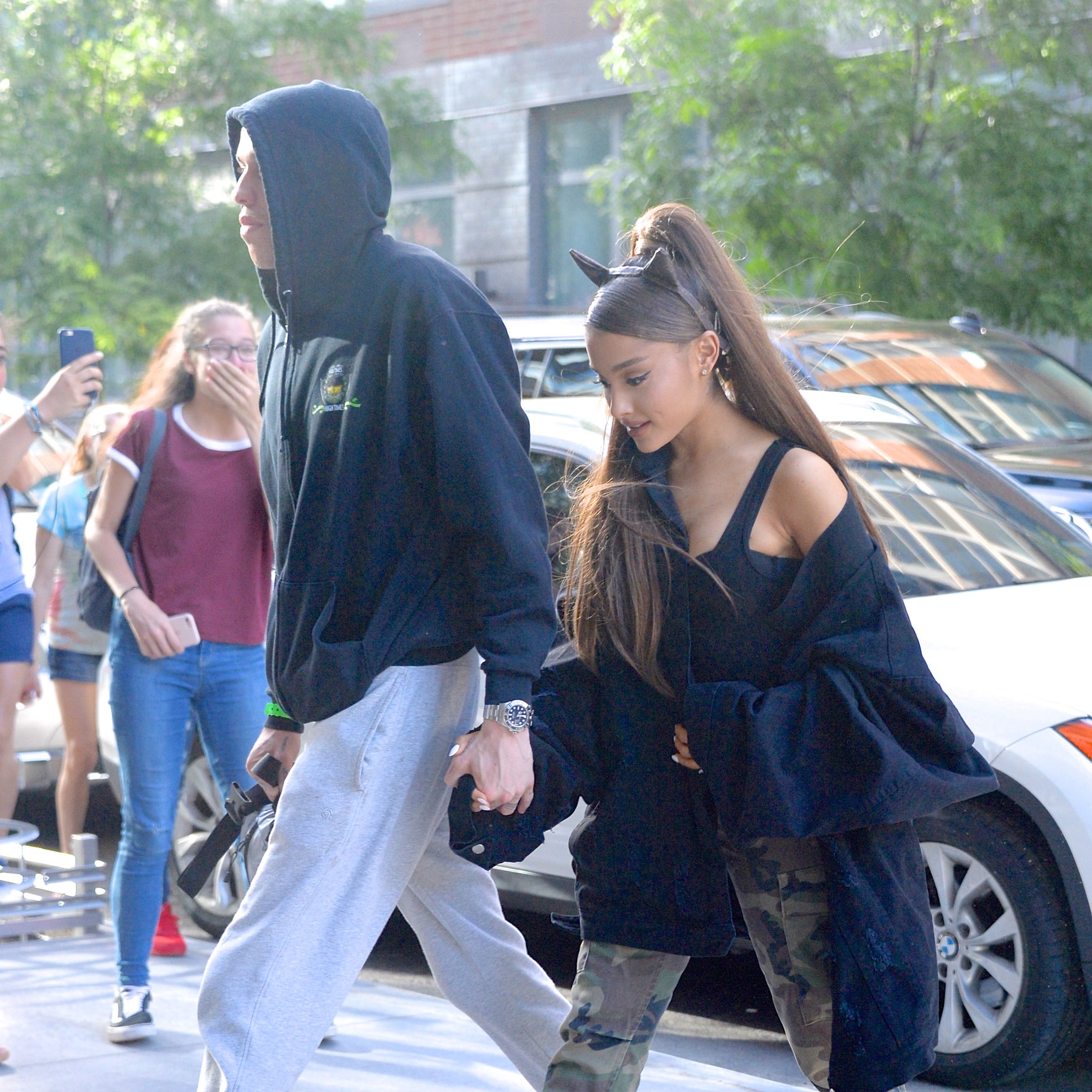 Ariana Grande has responded to the recently resurfaced report that Pete Davidson made a joke about the tragic bombing outside of her concert in Manchester, England on May 22, 2017. In a tweet, the singer said she did not find her fiancé's joke funny, and described the entire situation as being very "tough and conflicting" on her heart.

The joke in question reportedly took place at the Laugh Factory in LA five months after the attack that left 22 people dead. According to The Mirror, Pete said in a stand-up routine that he realized how famous Ariana had become because "Britney Spears didn't have a terrorist attack at her concert." It's worth noting that this occurred several months before Ariana and Pete became romantically involved.

After the joke was brought to light, Ariana responded to a fan's tweet about the insensitivity of Pete's remark. Ariana wrote, "He uses comedy to help ppl feel better ab how f-ed up things in this world are. we all deal w trauma differently." Adding, "Of course didn't find it funny. it was months ago & his intention wasn't/ is never malicious but it was unfortunate."

this has been v tough & conflicting on my heart. he uses comedy to help ppl feel better ab how f-ed up things in this world are. we all deal w trauma differently. I of course didn't find it funny. it was months ago & his intention wasn't/ is never malicious but it was unfortunate

i hear and respect you all always.

Following the attack, Ariana organized and performed at the One Love Manchester benefit concert. Shortly thereafter, she became the city's first-ever honorary citizen. On the recent anniversary of the tragic event, sent a heartwarming message to her fans. "Thinking of you all today and every day," she said. "I love you with all of me and am sending you all of the light and warmth I have to offer on this challenging day."

Chrissy Teigen
Chrissy Teigen Is Officially Back on Twitter, and Our Timelines Are Incredibly Blessed
by Kelsie Gibson 20 hours ago

Pete Davidson
3 Suitors Phoebe Dynevor Has Been Linked to — and No, Regé-Jean Page Isn't on the List
by Emily Weaver 2 days ago

Lil Nas X
So, What's the Deal With Lil Nas X's "Montero" Being Removed From Streaming?
by Grayson Gilcrease 3 days ago