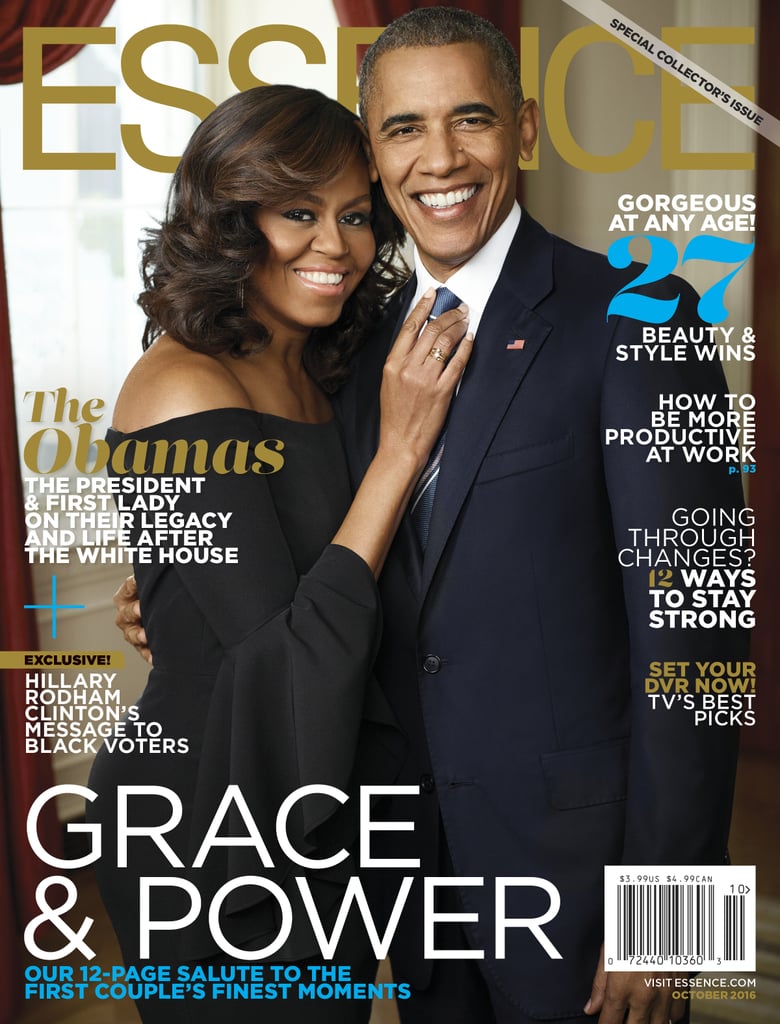 Barack and Michelle Obama's time as president and first lady of the United States might be coming to a close, but neither of them are losing any sleep over it. Instead, the adorable couple is using this time to reflect on the incredible and lasting impact the Obama administration will leave behind. Michelle and Barack opened up all about their time in the White House, being parents to Sasha and Malia, and how they've shaped America in Essence's October issue, where they also posed for one of the most gorgeous photos of the pair that we've laid eyes on over the last eight years.