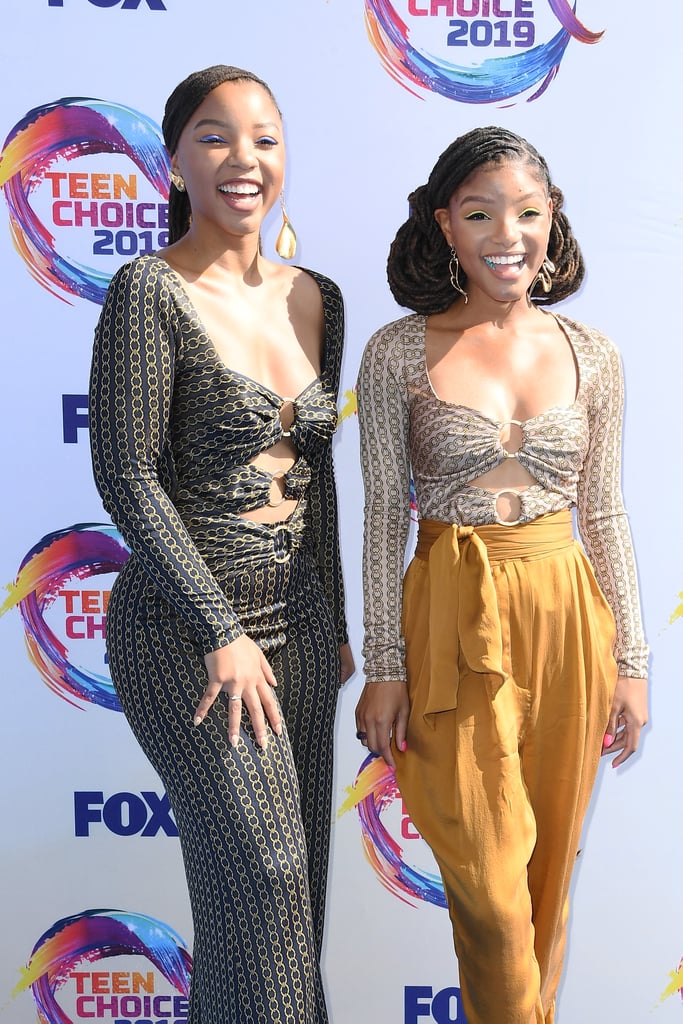 Chloe Bailey and Halle Bailey at the Teen Choice Awards 2019

The 2019 Teen Choice Awards was held in Hermosa Beach, CA, on Sunday, and the event was filled with some of the biggest names in movies, music, films, and more. Hollywood actors, iconic YouTubers, and famous singer-songwriters took to the show in hopes of being voted by their peers to receive one of the sought-after awards. Hosted by Pretty Little Liars actress Lucy Hale and YouTube star David Dobrik, the event's big award categories included Summer song, female artist, beauty web star, and Summer TV show, to name a few.

Along with big performances and praise-worthy speeches, the well-deserved wins spanned much further than the stage, and these pictures are here to prove that. Taylor Swift showed up in a trendsetting outfit, giving cameras some of the most fabulous photos of the night, while The Bella Twins star Nikki Bella graced fans with some cute PDA on the carpet. All the celebs in attendance were worthy of awards for fashion, photo ops, and fantastic poses.

Take a peek at the best photos of the night ahead!