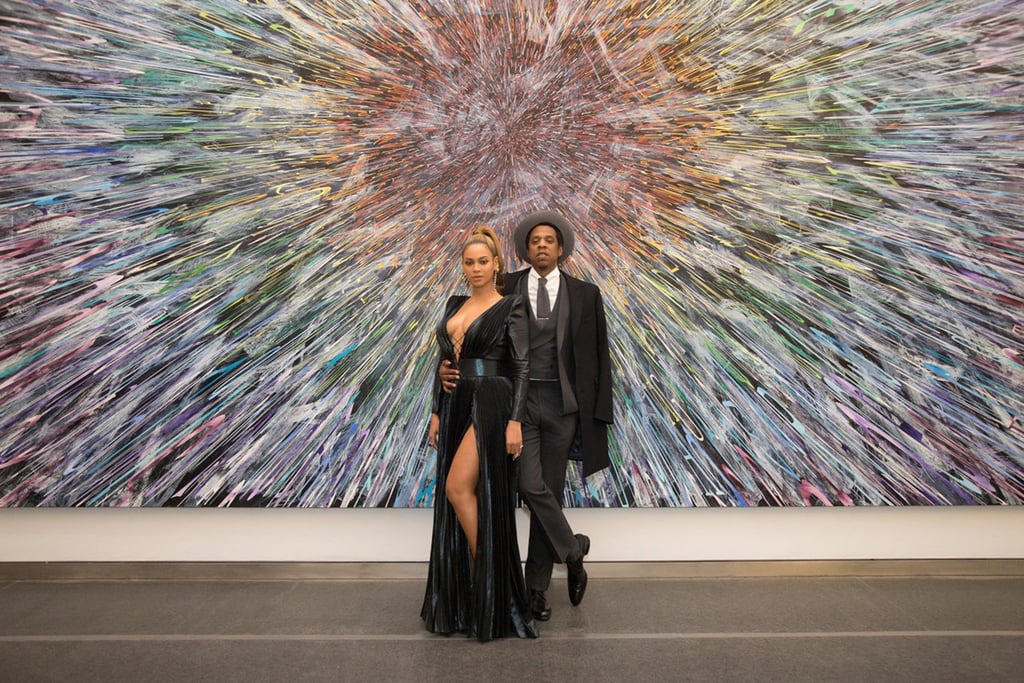 Beyoncé and JAY-Z were dressed to the nines for the annual Roc Nation in NYC on Saturday. The singer shared a couple of snaps of them posing in front of a mural and descending a staircase in style; Beyoncé showed off her curves in a low-cut, high-slit black dress, while JAY went for a vest and hat. Inside the event — which is thrown by JAY's entertainment company — JAY mingled with rappers like Diddy, T.I., Fat Joe, and Big Sean, while Beyoncé met up with Mariah Carey. Also in attendance were Nick Jonas, Monica, Cassie, and model Winnie Harlow.

Later in the evening, Beyoncé and JAY did a costume change for Clive Davis's annual pre-Grammys party, during which JAY was honored with the Grammys salute for his decades-long music career. While on stage, Clive even referred to Beyoncé as "the first lady of music," and the crowd gave her a standing ovation.

The couple is also heading to the Grammys on Sunday night — 4:44, JAY's auditory response to his wife's Lemonade, is nominated for eight awards. Keep reading to see Bey and JAY's glamorous day out, then check out the best photos from their many years together.