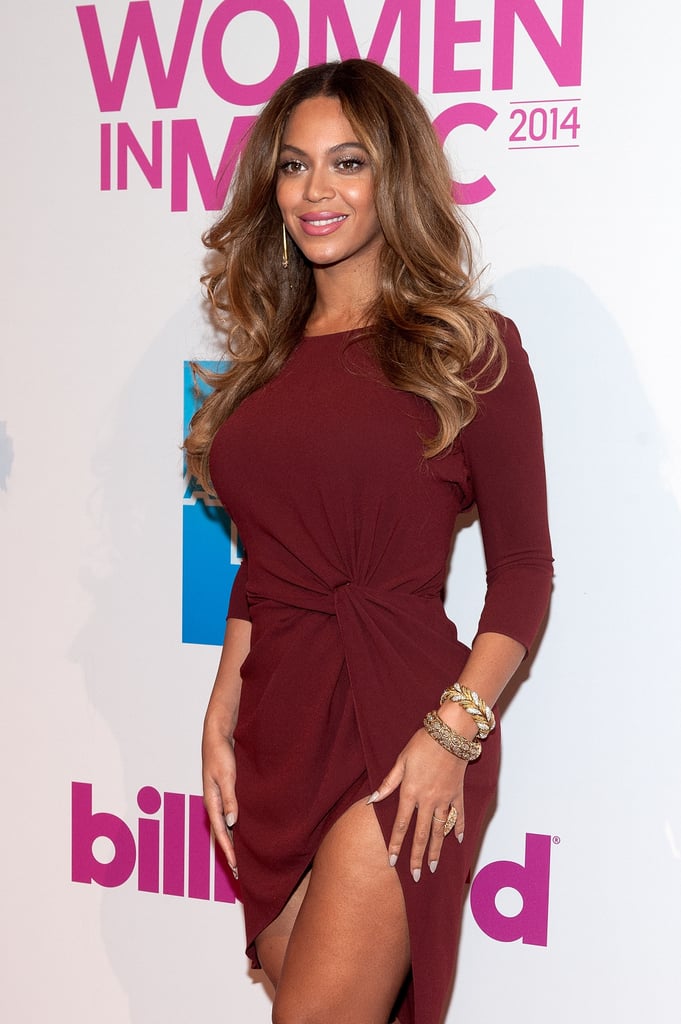 Beyoncé Knowles hit the red carpet in a sexy dress for the Billboard Women in Music luncheon in NYC on Friday. The singer showed lots of leg, thanks to a thigh-high slit, and was all smiles while posing with Lee Anne Callahan-Longo, the general manager of Parkwood Entertainment. Beyoncé's outing comes at the end of a big week; she and her husband, Jay Z, brought their daughter, Blue Ivy, to the NYC premiere of Annie last weekend and mingled with stars like Jamie Foxx, Quvenzhané Wallis, and Sia, who appears on the movie's soundtrack. A couple nights later, Beyoncé and Jay sat courtside at Barclays Center to watch the Brooklyn Nets play the Cleveland Cavaliers and had a very royal meeting with Prince William and Kate Middleton, who were in the middle of an American tour. We also got some new music from Queen Bey in the form of a leaked track from Nicki Minaj's upcoming album; the song, "Feelin' Myself," hit the Internet on Thursday and had everyone talking.

In another surprise move, Beyoncé released an 11-minute video on Friday in honor of the one-year anniversary of her visual album. The inspiring short film features some of the singer's musings on fame, celebrity, and who she is as a person. Keep reading for more photos of Beyoncé at the Billboard event, and check out 60 signs that you're obsessed with her.