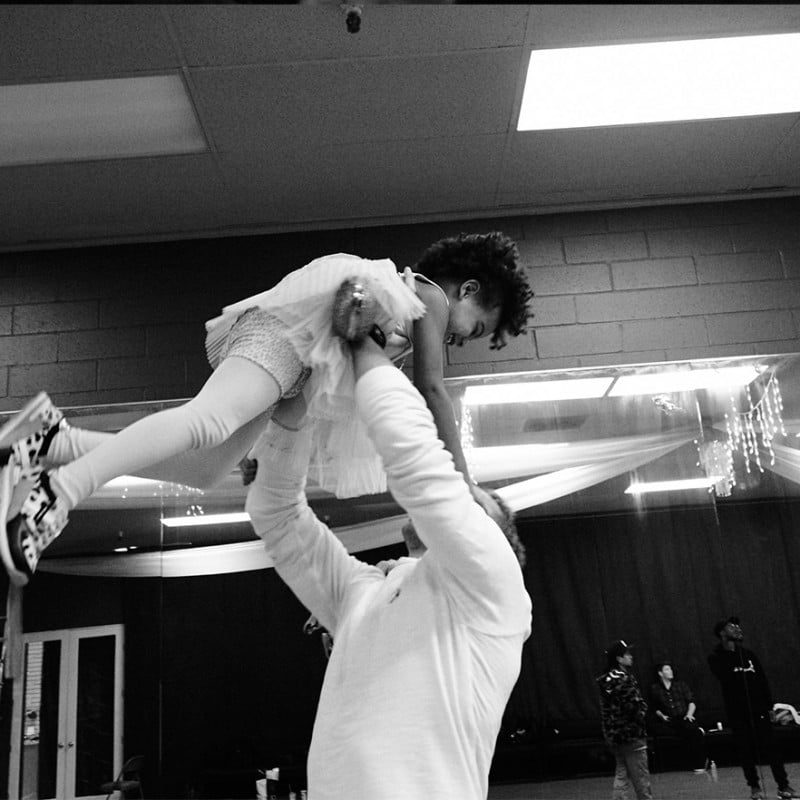 Beyoncé took to her personal blog last week to share a slew of amazing photos from her Super Bowl halftime show rehearsals with Bruno Mars and Coldplay's Chris Martin. The photos show the performers behind the scenes in a dance studio, where Beyoncé, clad in tights and a sweatshirt, goes over her moves and even takes a celebratory shot of alcohol with her crew. The cutest snaps, however, may be of Beyoncé and Jay Z's 3-year-old daughter, Blue, who looks to be having the time of her life while running around in a tutu and sneakers and playing with Chris, who picks up the toddler and swings her around. While Beyoncé, Bruno, and Coldplay took the field for their memorable performance, Blue was actually watching the show from her box seats with Chris's ex-wife, Gwyneth Paltrow, and their kids, Apple and Moses. Keep reading for the heart-melting photos, then see the sweet snaps of Beyoncé and Blue on the set of the "Formation" video.