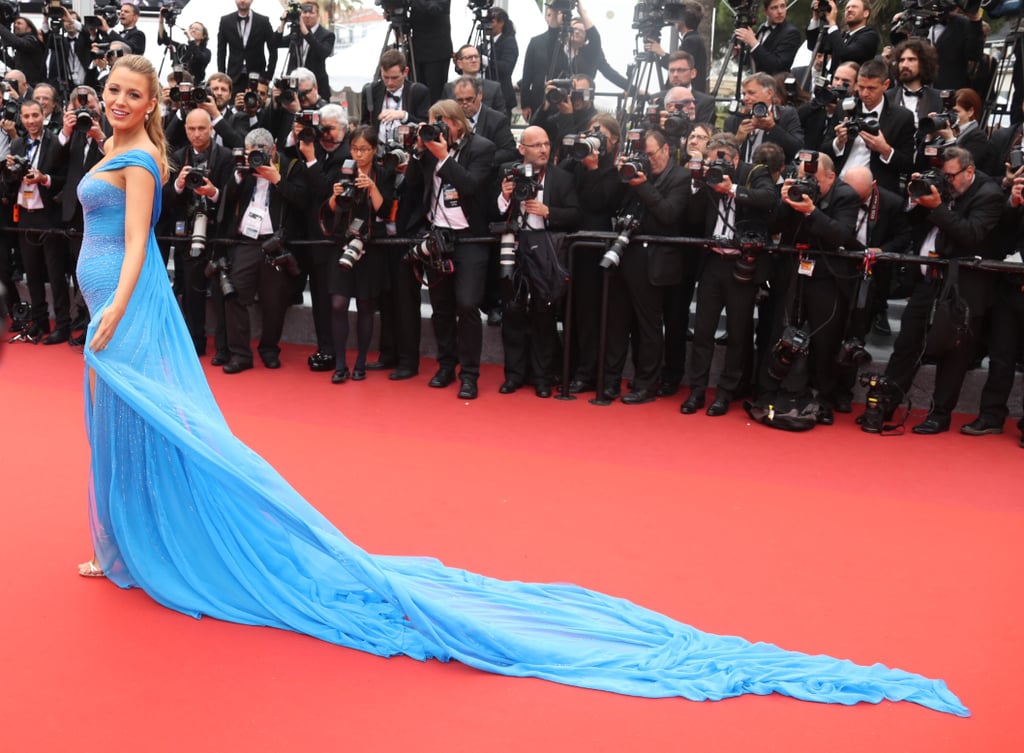 Blake Lively landed in the South of France for the Cannes Film Festival this week, and the actress is already blowing us away with her stunning red carpet looks and cute glimpses of her growing baby bump. Blake, who is pregnant with her second child with husband Ryan Reynolds, kicked things off at a photocall for her new film, Woody Allen's Café Society, on Wednesday; she was all smiles in a red jumpsuit and shared sweet interactions with her costars Kristen Stewart, Jesse Eisenberg, and Corey Stoll. Later that evening, Blake was back on the carpet in a gold sequined gown for the movie's premiere, which also coincided with the festival's star-studded opening ceremony, and the next day, she stepped out in a beautiful yellow velvet dress.

On Friday, she promoted yet another one of her new films, The Shallows, in a caped white dress and heels then upped the ante on the red carpet in what may easily be the most glamorous maternity look anyone has ever seen. The following day, Blake looked nothing short of amazing when she attended the BFG premiere in a sparkly blue gown that accentuated her tiny belly. Keep reading to see all of Blake's flawless moments from the Cannes Film Festival so far, and be sure to keep up with all the glamorous arrivals.