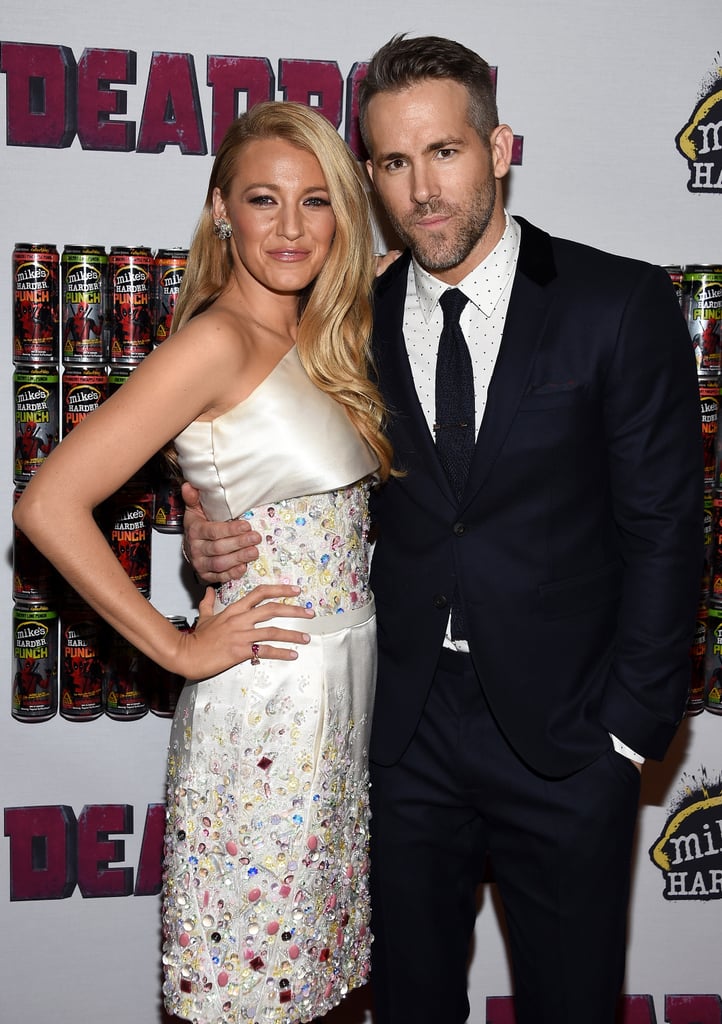 Ryan Reynolds and Blake Lively were smiling ear-to-ear when they stepped out together at a fan event for Ryan's new film Deadpool in NYC on Monday. The pair struck a handful of poses on the red carpet before heading inside the AMC Empire Theatre, proving once again that they're Hollywood's cutest couple. Over the weekend, Blake showed support for her other half when she uploaded a funny photo of herself sitting on a Deadpool chair while Ryan hilariously cupped her breast, writing, "Two Deadpools, one cup. . . Your turn."

The couple's latest appearance marks their first joint red carpet since Blake and Ryan welcomed a baby girl in January 2015: they attended the Angel Ball in NYC while Blake was still pregnant with baby James Reynolds. Keep reading to see more of the couple's night out, and check out what Ryan recently revealed about his daughter's name.