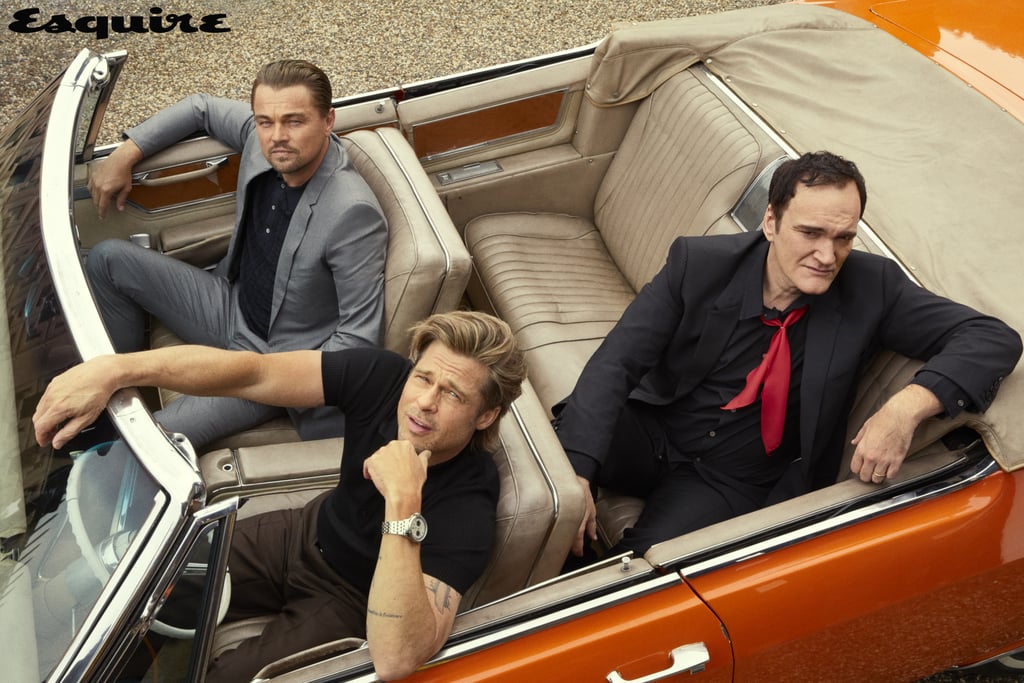 Brad Pitt, Leonardo DiCaprio, and director Quentin Tarantino are the cover stars of this year's Esquire Summer issue. Aside from Brad and Leo looking devilishly sexy in the photo spread (see: Leo in that pool table shot and Brad in that convertible), the A-list actors are talking all about their upcoming film, Once Upon a Time in Hollywood, and what it was like working together. The film — which features a star-studded cast, including Margot Robbie, Dakota Fanning, and the late Luke Perry — follows a TV star and his stunt double as they navigate Hollywood during the time of the Charles Manson murders in 1969. Burt Reynolds was also originally cast for the film, but he sadly passed away in September 2018. Once Upon a Time in Hollywood hits theaters on July 26.