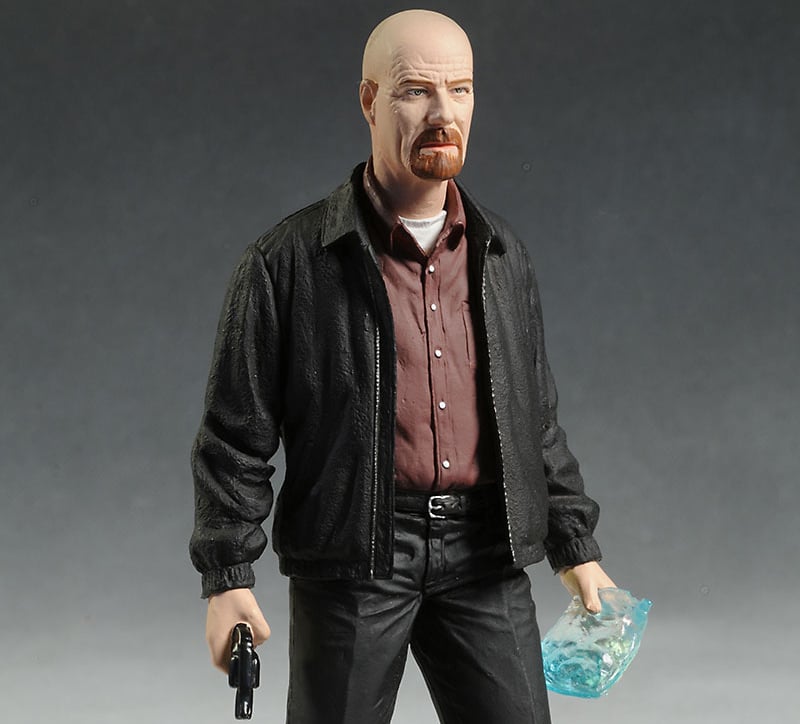 Here's something you might not know: Toys R Us sells Breaking Bad figurines of Walter White and Jesse Pinkman. Here's something you might have predicted: parents aren't happy about the idea of their kids playing with figurines of bald, meth-dealing science teachers. One Florida mother is so outraged that her petition against Toys R Us stocking the toys, which feature Walter carrying a gun and a bag of meth, has made headlines this week. In an amusing twist of events, Bryan Cranston entered the controversy by tweeting a response to the woman's complaint:

Meanwhile, Aaron Paul had less of a jokey response when he learned that Toys R Us had actually pulled the Breaking Bad figurines in response to the petition. He sent out critical tweets to the toy store chain, asking if they would be pulling other "adult-themed" games.

Wait, so @ToysRUs pulled all of the Breaking Bad figures from their shelves and still sells Barbie? Hmmmm...I wonder what is more damaging?

"@BarackObama: Wait, are you serious about the whole @ToysRUs thing?!?" Yes I am Mr. President. Yes I am.

And what about all of the violent video games you sell @ToysRUs ? Do you still sell those? Florida mom really messed it up for everyone.

What's your take? Do Breaking Bad figurines belong in stores for children? Sound off here.

Netflix
Netflix Hasn't Renewed Selling Sunset For Season 4 Yet, but the Cast Members Seem Hopeful
by Brea Cubit 22 hours ago