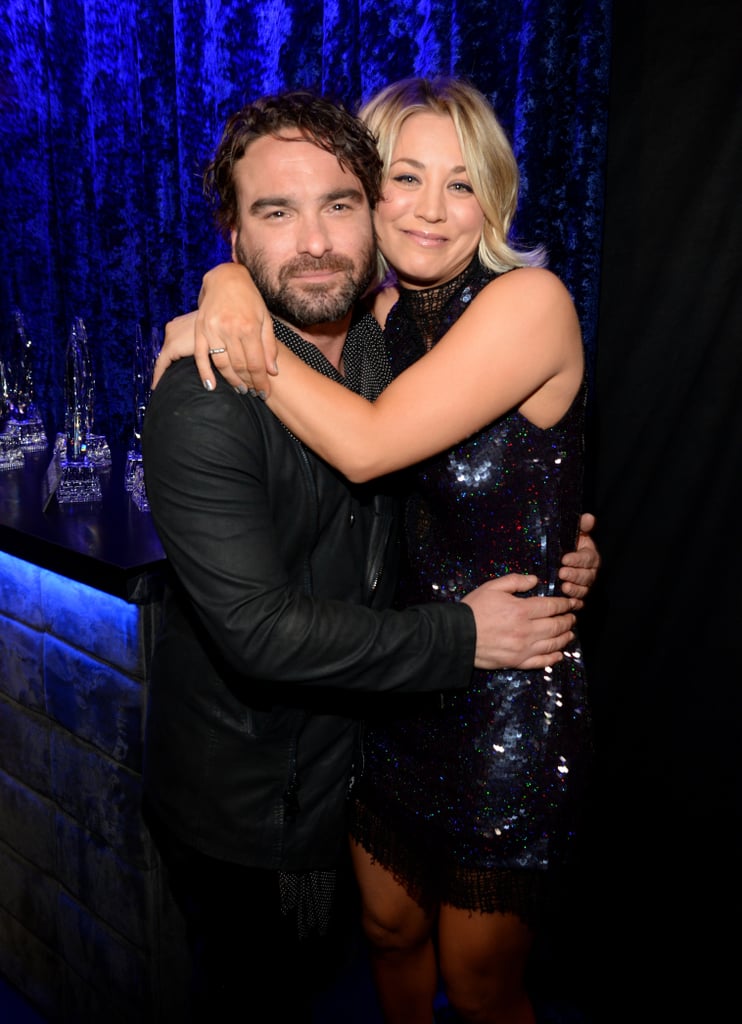 Although they aren't dating each other anymore, Kaley Cuoco and Johnny Galecki outshone every other couple at the People's Choice Awards by being the most adorable pair in the building. The Big Bang Theory costars dated for about two years before splitting in 2009. Following Kaley's divorce from tennis player Ryan Sweeting in September, rumors of a reconciliation between her and Johnny began to swirl, but she was quick to shut them down, saying Johnny is only her "best bud." If anyone doubted how close they are, pictures of them holding hands and cuddling on the red carpet and in the audience of the award show should settle it. Keep reading to see the cute photos, and then check out costars who couldn't help but date each other while on set!

Balmain
You Must See Rina Sawayama's BRIT Awards Dress From All Angles, but Especially From Behind
by Victoria Messina 5 hours ago