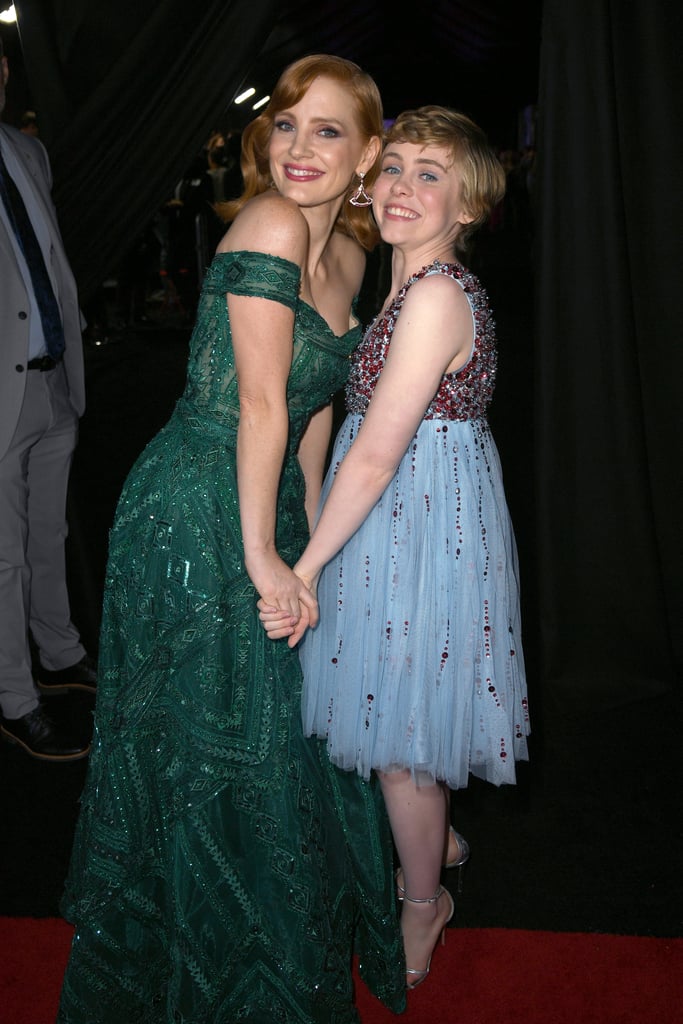 The time has come to float back on down to Derry. Ahead of the release of It Chapter Two on Sept. 6, the cast reunited at an expectedly spooky premiere in LA (yes, a red balloon was present for good measure.) Since the forthcoming sequel takes place 27 years after the original events of It, adult actors have been cast to portray each member of the Losers Club' introduced in the first installment.

The photos of the younger actors with their adult counterparts are wild. Though Jessica Chastain and Sophia Lillis share a resemblance, the photos of Andy Bean and Wyatt Oleff will leave you seeing double. Unfortunately, James McAvoy wasn't in attendance, but the actor will be taking over the role of Bill Denbrough from Jaeden Martell.

The premiere also served as an important reminder that Pennywise is hot — or, rather, Bill Skarsgard, who portrays the Dancing Clown, is. So when Pennywise is terrorizing you during the movie, just try to remember the real face underneath all that makeup, prosthetics, and fake teeth. These red carpet photos might help — check them all out ahead.