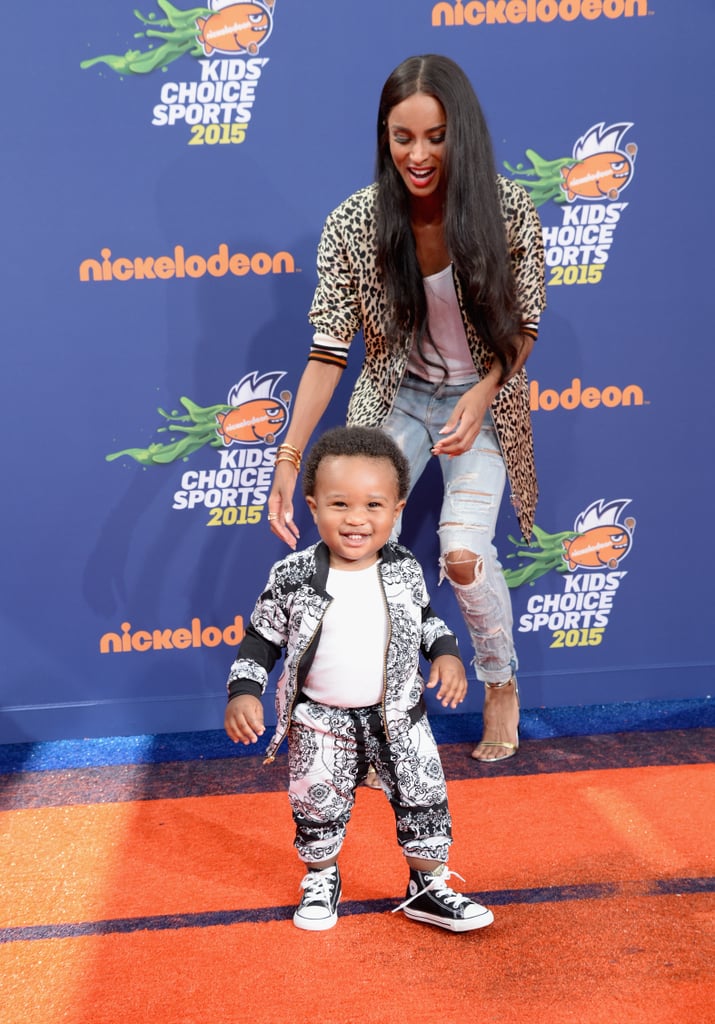 Ciara spent her Thursday night hanging with the two most important men in her life: her son, Future, and her boyfriend, Russell Wilson. Ciara and little Future, whose father is the rapper by the same name, stepped out in LA on July 16 to support Russell at the Kids' Choice Sports Awards. Russell hosted the adorable show, which also included a cameo by the one and only Riley Curry. While walking the red carpet, Future charmed the entire crowd by flashing a huge smile, running around the carpet, and waving to his many admirers. Ciara and Russell also managed to get cozy on the carpet while posing for photos together.

The couple's sweet night out comes just one day after their color-coordinated date at the ESPYs on July 15 and almost one month after they hit the red carpet at the BET Awards in late June. But despite them looking hotter than ever, the Seattle Seahawks quarterback recently revealed that the pair has decided to abstain from sex. Keep reading to see more of the trio rocking the orange carpet, then check out Ciara and Future's debut as a couple back in April.